They were the first team to 13 points, thanks to Victory Royales in Matches 8 and 9. They were followed by Fwexy and Pate1k of Main with 12 points and Greyfox and Mouz Moeps finished third with 10.

In order to best understand the recap of this tournament, make sure to brush up on the scoring format:

Much like yesterday, the matches were close and teams struggled to score points and pull away from the pack to get 13 points quickly. Those who got close to 13 would be hunted first in an attempt to extend the tournament.

After six matches, Fwexy and Pate1k were on top with 10 points, but the field narrowed as points were hard to come by. Mitro and Magin hung around the top 5 with 6 points, though they did not score for a few matches. Ref7ection and H3X were the only team in the top 5 to score in match six, gaining two points to earn a three way tie for second place at 8 points.

Nyx and Swayzen won match six and the four points were enough to launch them from the bottom of the standings to the top 10.

Fwexy and Pate1k were frozen at 10 points for matches seven and eight, allowing Mitro and Magin to tie them for first after winning match 8.

The ninth match was all they would need, grabbing another Victory Royale for back to back wins to hit 14 points. 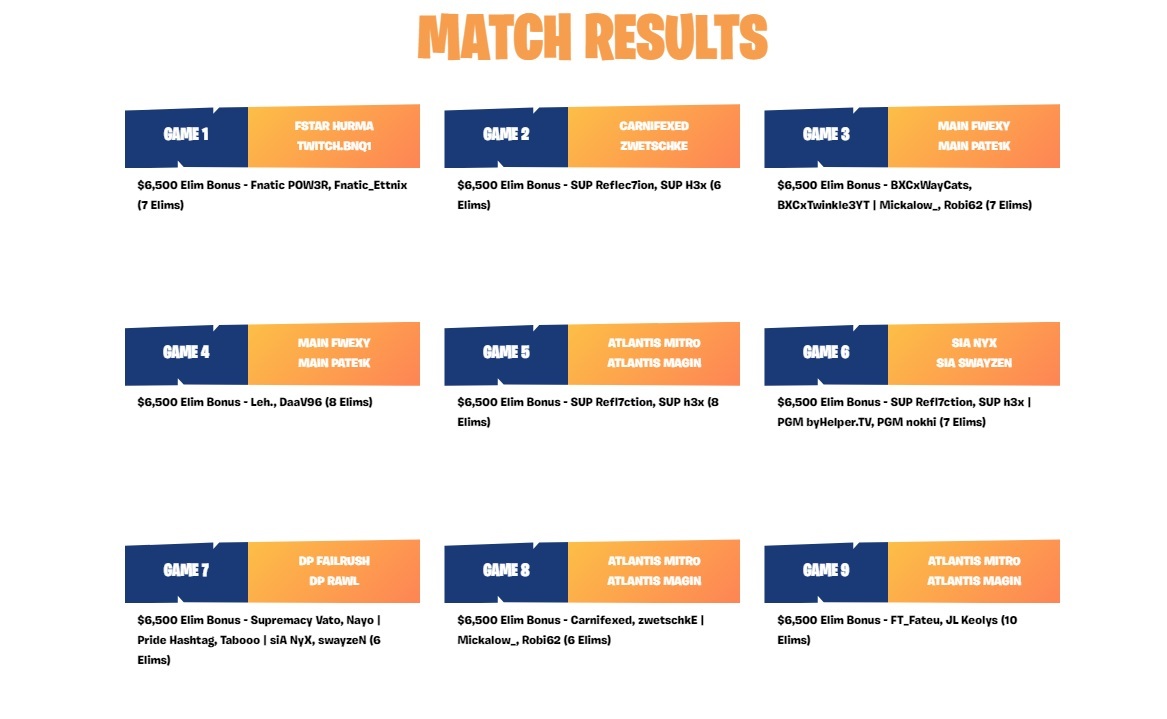 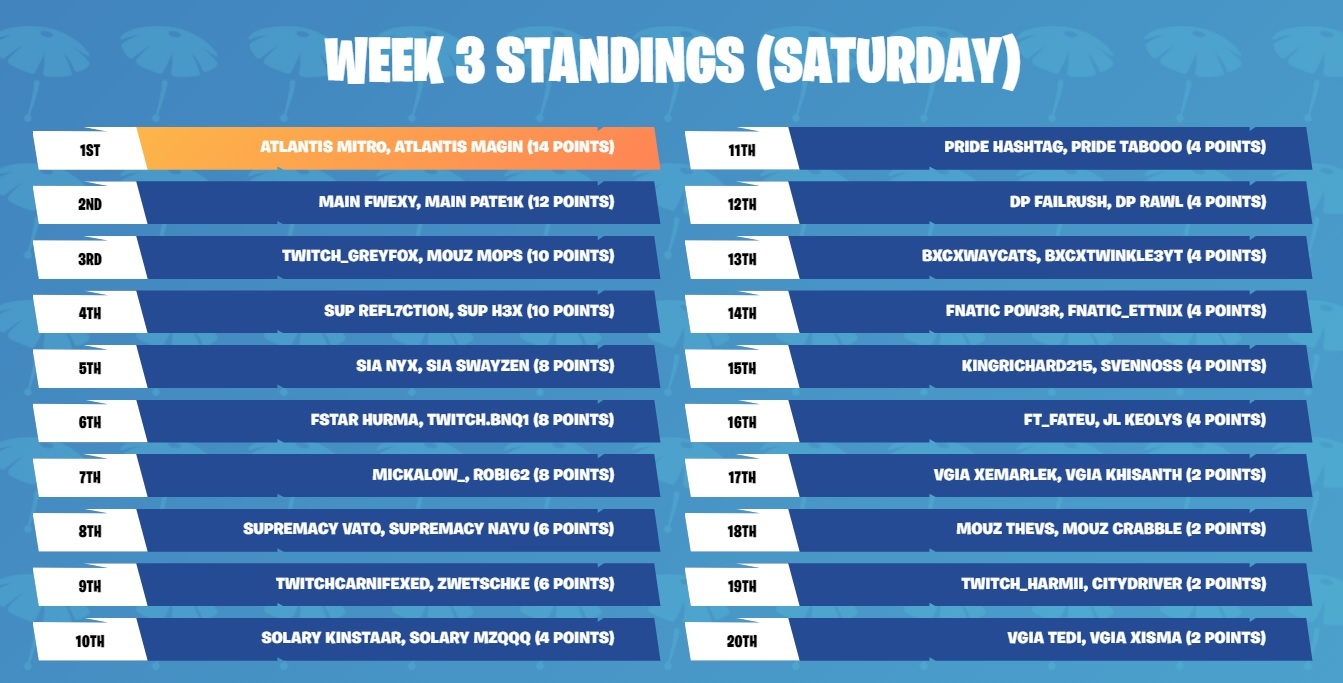 This $500K tournament was the second of two for this week’s ‘Summer Skirmish’ event; the first tournament took place on July 27 and was won by Showdown competitors Zayt and Saf.