Following the recent launch of Fortnite Chapter 2: Season 2, a $250,000 solos tournament took place at this year’s DreamHack Anaheim event, featuring some of the esport’s biggest names.

Played from February 21-23 at the Anaheim Convention Center in Anaheim, California, this $250,000 competition saw Fortnite players from around the world, both known and unknown, face off for the ultimate prize.

The Grand Final was the third stage of this tournament, featuring the 100 players who managed to survive the gauntlet of qualifiers in the first two stages.

After eight matches, World Cup qualifier MrSavage, who recently signed with 100 Thieves, finished in first place, taking home $35,000. He was followed in second by Ghost Gaming’s Bizzle, who won $15,000, and free agent player Nanolite, who claimed $13,750 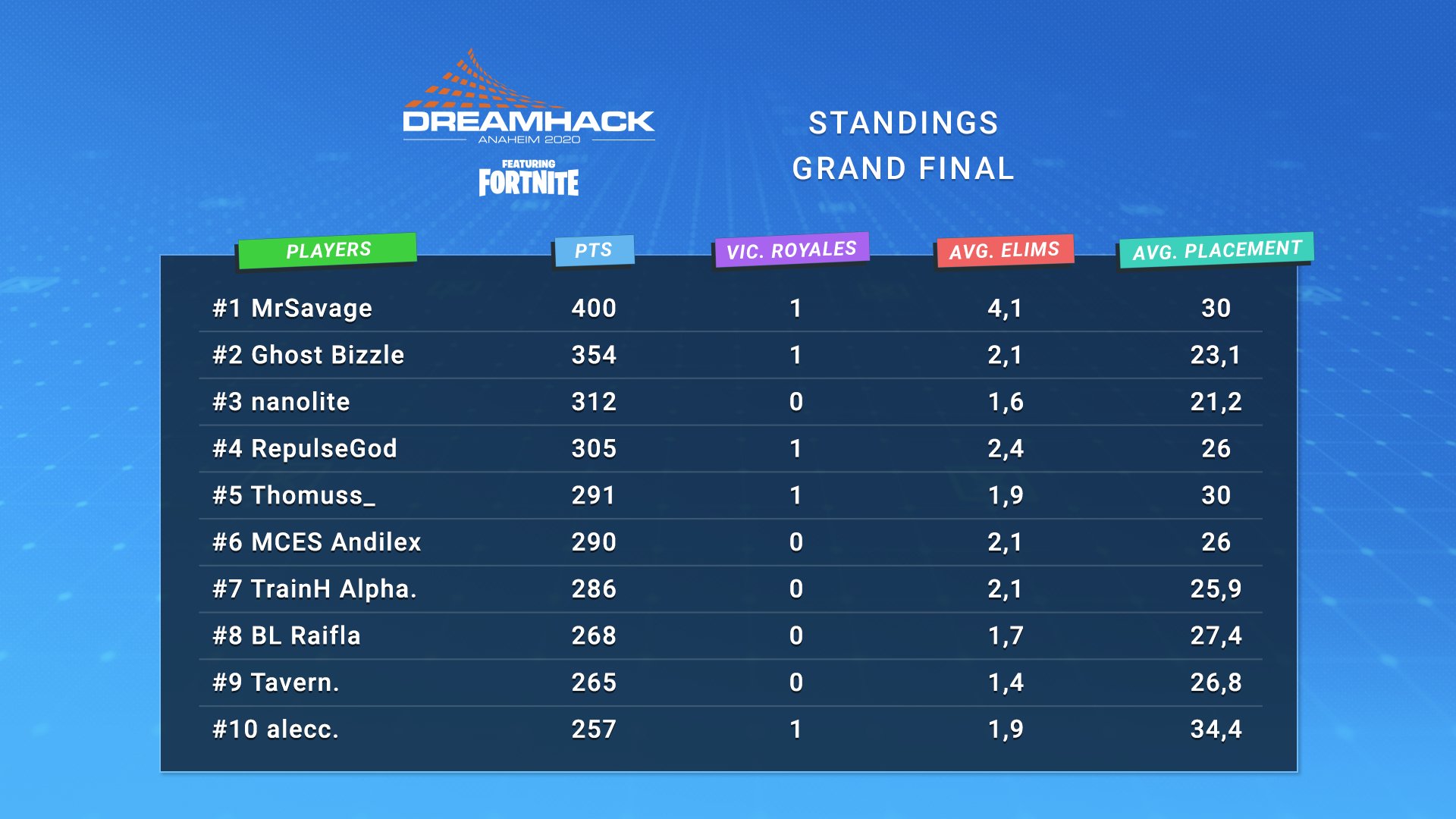 The top-10 final placements at the $250,000 DreamHack Anaheim Fortnite event.

The competition wasn’t without some late drama, as MrSavage actually had to pull off an incredibly epic clutch to win the final match, which gave him just enough points to sit atop the leaderboard once it was all said and done.

WHAT A FINISH!!!@MrSavage clutches up for the final match victory to win the $250,000 DreamHack Anaheim Fortnite tournament!

The tournament is split into three stages to be played across the three days. Stage 1, which is open to all players who sign up that are 13 years of age or older, is composed of two separate heats – Blue Heat and Yellow Heat. 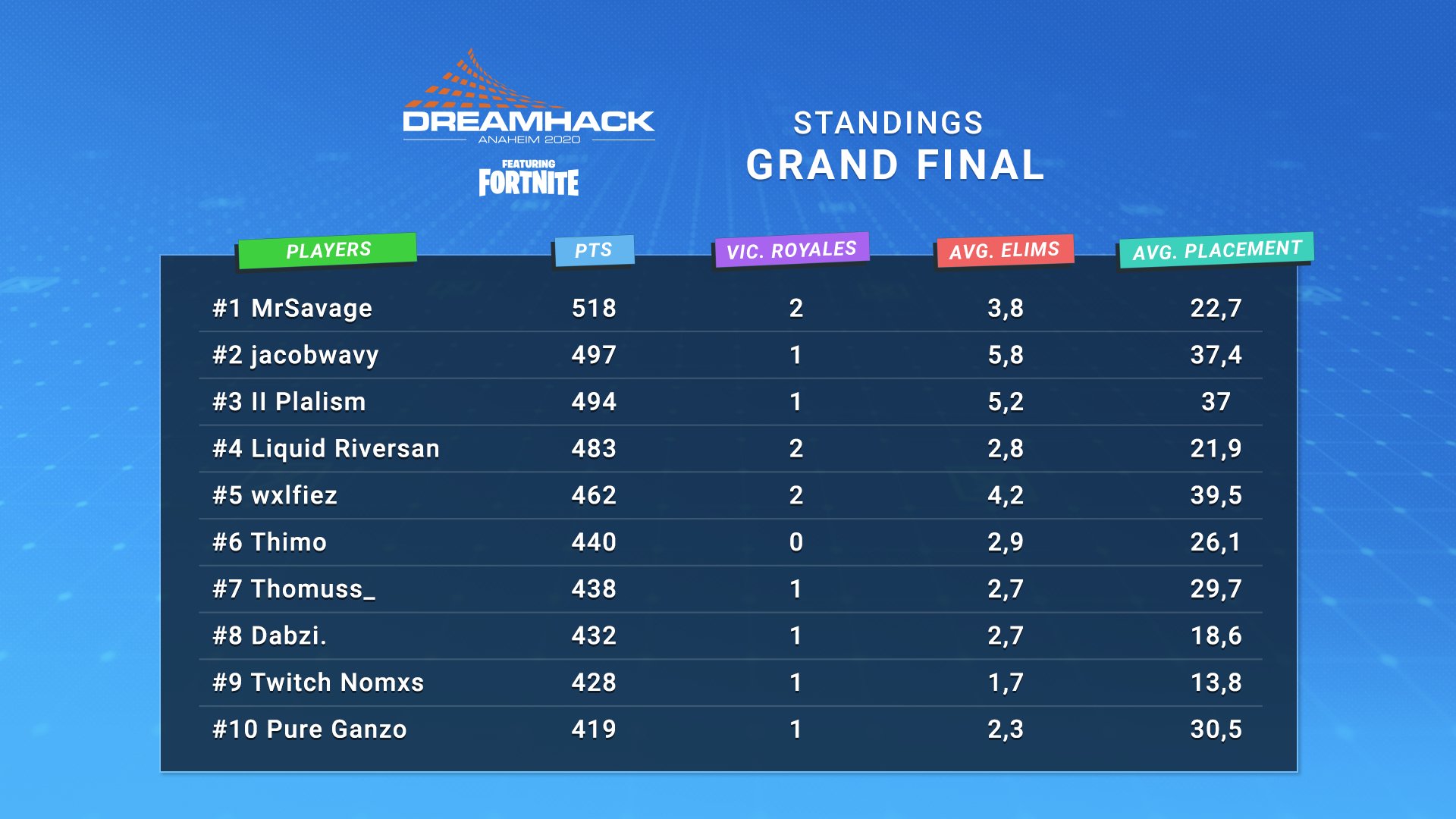 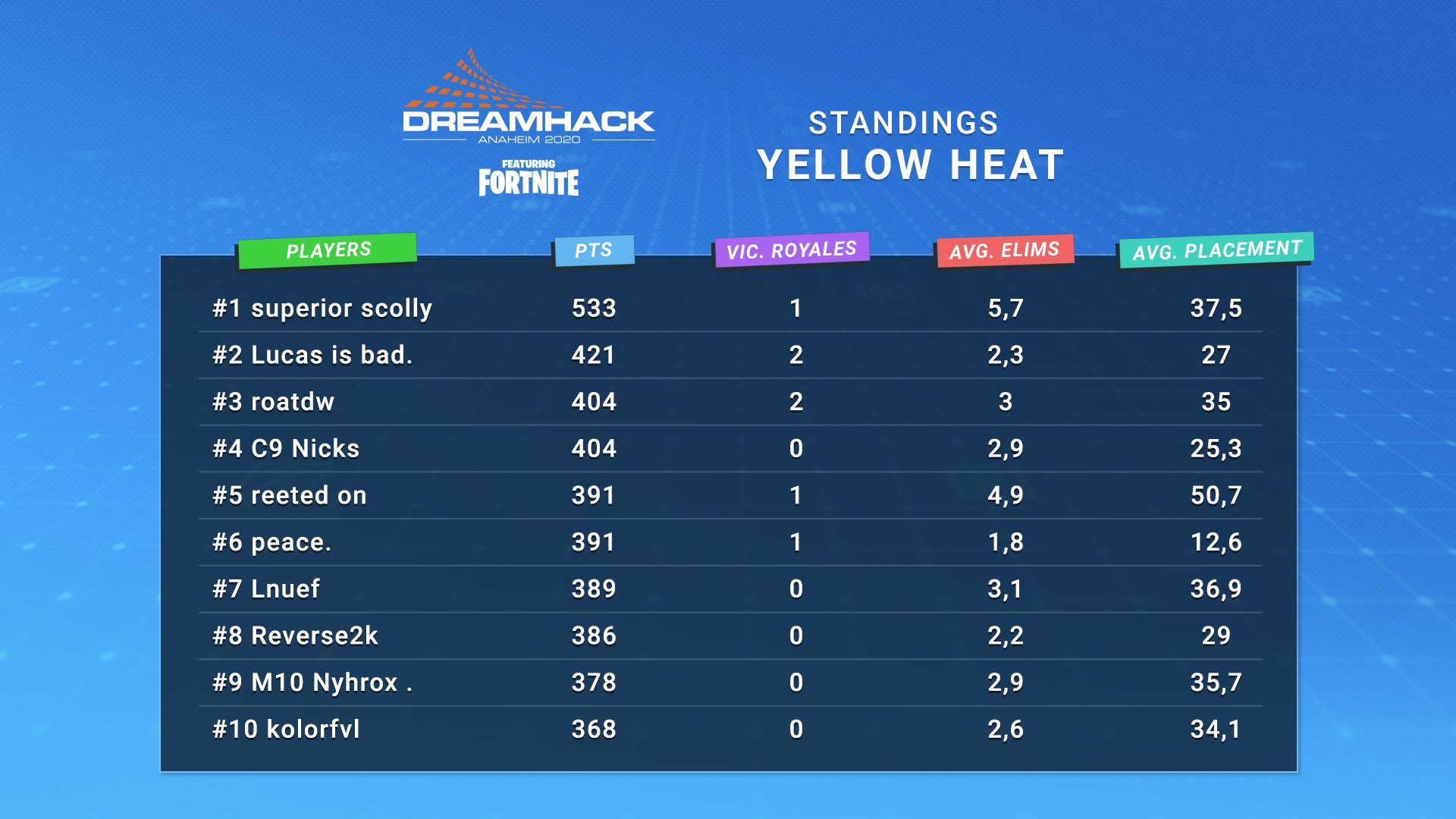 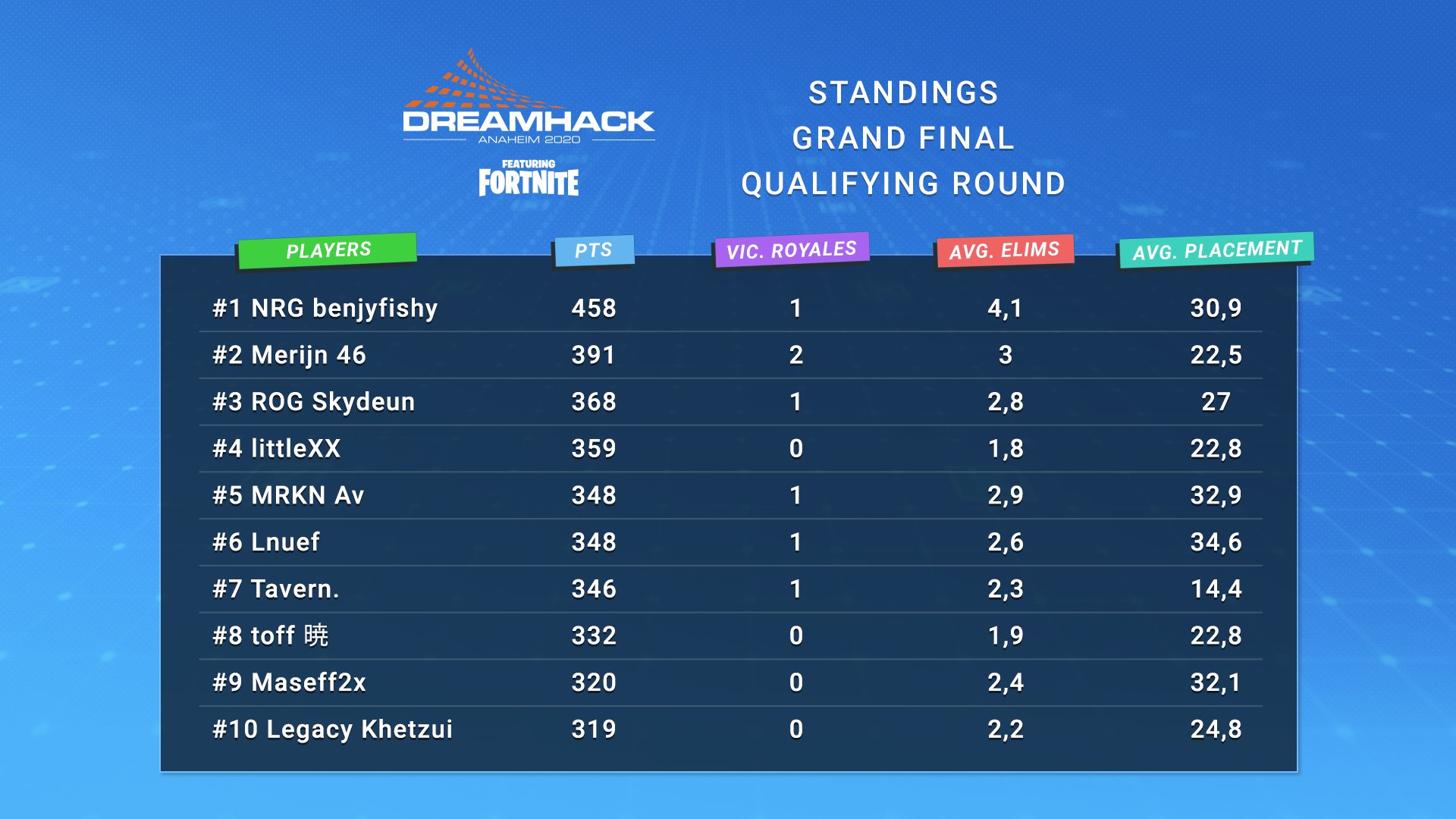 This tournament uses a scoring system that takes both match placements and eliminations into account. The same format is used for all three stages of the competition.

Make sure to follow us @Dexerto on Twitter for the latest updates and results from this $250,000 Fortnite tournament at DreamHack Anaheim 2020.