The UN Climate Summit has been all over the news this week. Massive school strikes on September 20 saw millions of students around the world walk out of class to call out political inaction on climate change before diplomats met in New York.

The leader of the movement, Greta Thunberg, took to the stage on September 23 to speak on behalf of all young people worldwide about the crisis. However, xQc had something to say about the speech, and how people reacted to it. 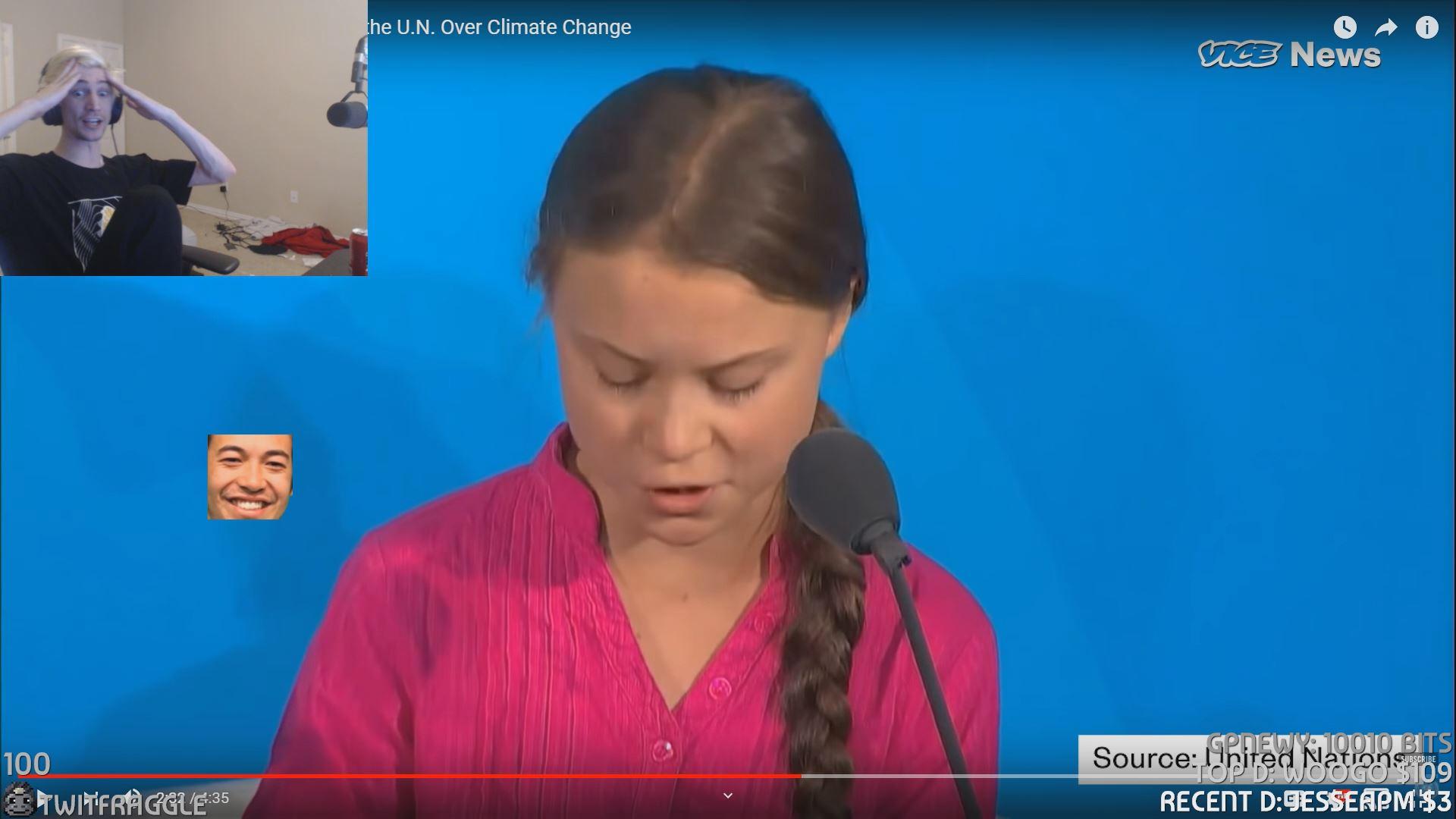 xQc had a dig at Greta Thunberg’s speech at the UN, but it wasn’t for what she said.

On a September 24 broadcast, the outspoken Twitch star roasted her speech – but it wasn’t for what the speech contained. He was more concerned with how it’s taken a 16 year old Swedish girl delivering a heartfelt speech for people to wake up to the crisis.

“It doesn’t take a crazy mature adult to understand that she isn’t spitting any new facts or crazy research breakthroughs – there’s no invention dude.”

He nodded along as she read out the statistics, but questioned why people were listening to her and not the scientists who came up with it.

“When the scientists say sh*t, when they present their data, people sleep,” he said. “But when they put a small girl, like a puppet, to deliver regurgitated stats – ‘oh my god, true! I’m illuminated! 50%, so smart, young leader of our nation.’ Chill the f*** out dude.”

His Twitch chat questioned his statements about the emotional speech, thinking that he was roasting Thunberg herself. However, he mentioned that nothing she said was wrong – just that it’s disappointing it got to this point.

“I’m just interested about this, I’m not hating on it for no reason. She’s not wrong, but it’s just regurgitating dude. I’m not even laughing, it’s sad.”

xQc is known to share his mind often about anything from streamer drama to real life issues. He has recently commented on Twitch’s content banning spree, as well as poor parenting after receiving an email regarding refunded donations.

His blunt personality means he can sound a bit heated and harsher than most, but at the heart of this issue, he sided with Thunberg. He might have roasted her speech, and how people reacted, but he delivered a positive message about his stance on the pressing issue.