xQc describes the “perfect” sensation of banning someone in Twitch chat

Twitch star Felix ‘xQc’ Langyel has had to deal with his fair share of trolls in the past, and apparently he takes great pleasure in banning people on his stream, going into a lengthy monologue about the feeling.

Dealing with obnoxious users in chat is part of the parcel of a streamer’s job. Whether they are doing it solo, or with a group of moderators, keeping the viewing experience optimal for the audience will make sure that people keep coming back.

That’s why star streamer xQc finds so much pleasure in hitting that button with those three little letters. Ban. For him, it’s a sensual experience that transcends his physical manifestation, and he described to his own followers, the people he can so rightly ban, how it feels to have so much power over them. 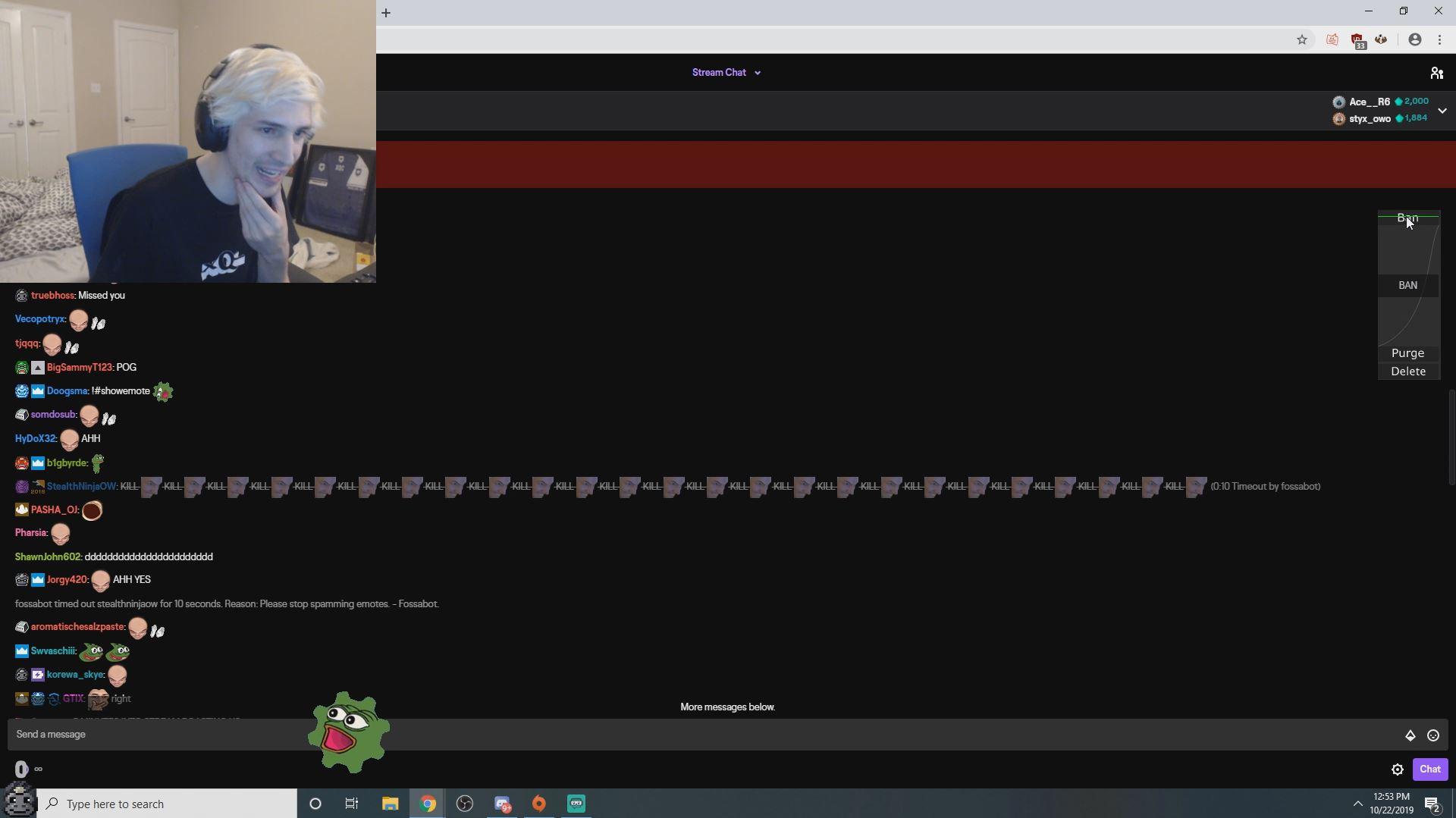 When his mouse hovers over the ‘Ban’ button, xQc is at his most powerful.
[ad name=”article2″]

On an October 22 live stream, the galaxy brained Canadian laid down the intellectual law on his viewers, transcending above them to unveil his truly limitless form – once he gets to ban someone.

“Sometimes I think “what can I do,” right,” he said. “This idea just begins in the back of my head, in my hippocampus, and it kind of spreads out like a root. And because my brain and this idea starts firing in my neurons, the information goes through the axons, right into the neurons, and – BANG! It fires, and I had this idea – I will f*** on him.”

His voice started to raise as he got ever closer to hovering over that ban button, with the emotions and feelings flooding through his body like a dopamine hit right to the brain. He loses all control of his Earthly self.

“As I click the button – somebody is being a litle b**** – I right click dude,” he said. “When I click this ban button dude, it’s like all of my cognitive abilities stop functioning. It’s like my body goes full on fight or flight, I think I’m in defensive mode.”

The tension kept on rising just as the tunes of Bag Raiders’ Shooting Stars really starts to peak. As the music gets more intense, xQc gets more into it.

Sometimes, the experience gets a little bit too much for him to handle. He slowly pushed away from his computer, starting to rise up out of his chair like a God motioning towards the heavens.

“All the blood rushes out of my head, into my veins, into my arteries, and they go into my f***ing d***, and I get hard,” he exclaims. “I get so hard, I’m like a f***ing addict! And the feeling that I get out of banning them gets me f***ing throbbing!” 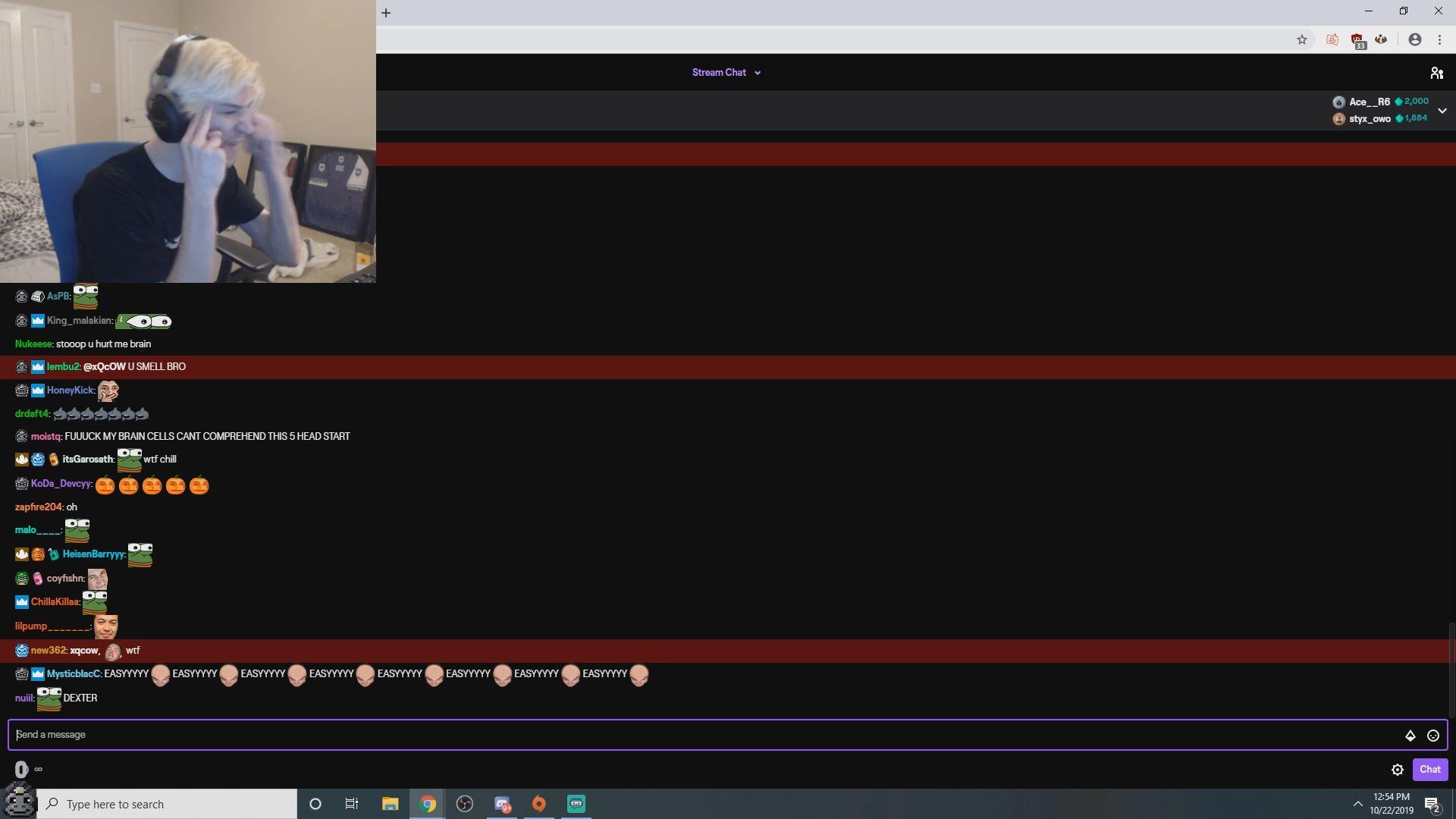 It’s quite the sensual experience for xQc to ban someone in chat.
[ad name=”article5″]

While the sexual tension really got the Twitch chat roaring, xQc found himself calming down after that outburst.

No one was actually banned during this transcendence, but at least everyone now knows what to look out for when he does hit the Ban button in his chat.