Things got a little more out of hand than usual on Félix ‘xQc’ Lengyel’s stream when his Twitch chat was allowed to use an interactive plug-in to draw phallic objects on the screen.

xQc was trying out the Smart Clicks Map extension which gave his audience the power to highlight a part of the screen by voting with their clicks. But his Twitch Chat had other things in mind for the viewer engagement tool.

The streamer was watching clips of Jubilee’s Spectrum, which asks people to answer and explain their reasoning on different topics. xQc thought it would be fun to get his viewers in on the show.

After testing then unleashing the voting system to his audience, xQc immediately regretting his decision.

“Fuck it. Just interpret the questions however the fuck you want to, Chat. Just fuckin vote,” xQc said after hitting a snag with one of the questions being asked.

But then his Chat turned the voting system to bring against the streamer in a lewd way. 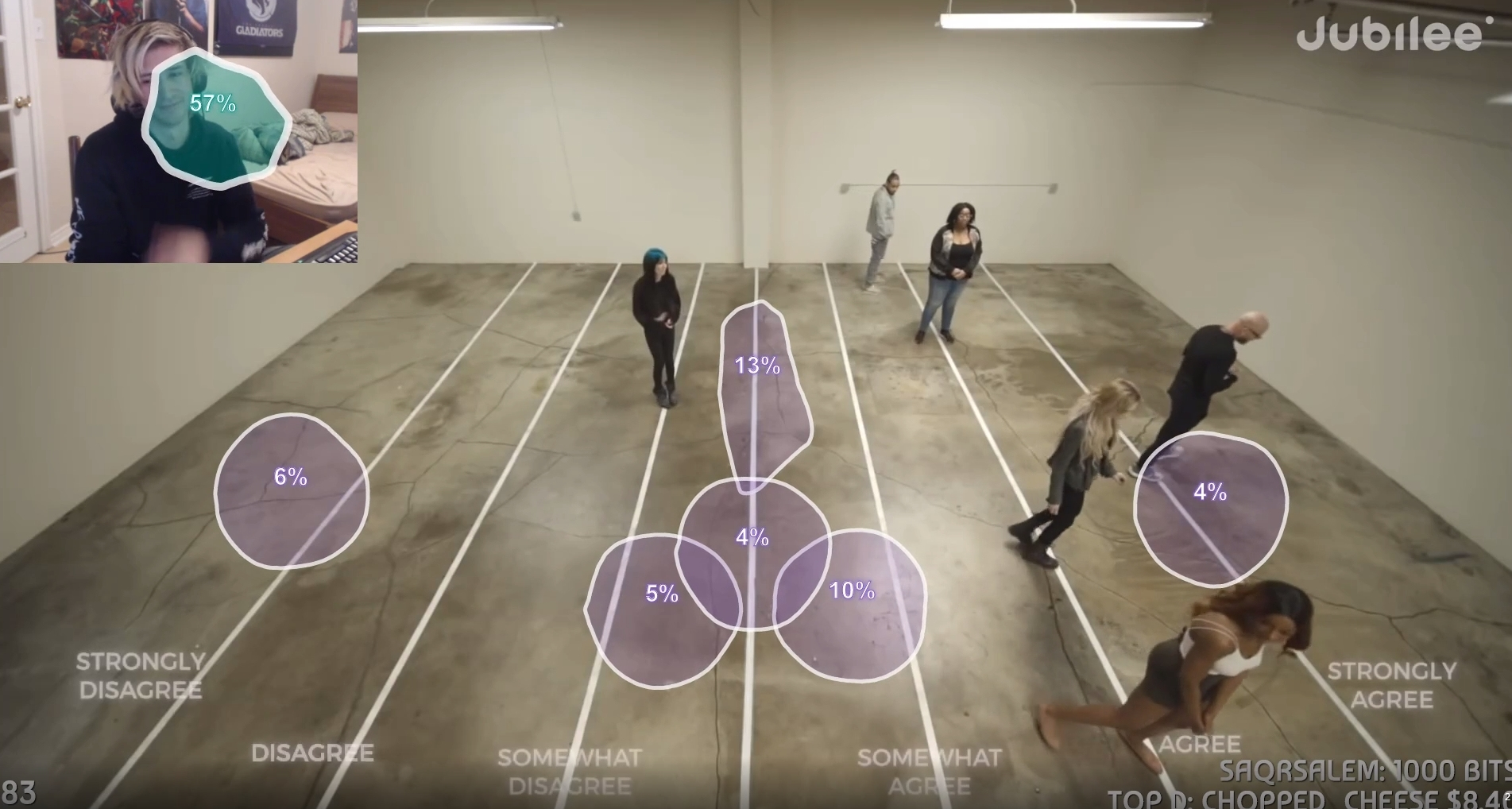 Seems like xQc wasn’t ready to take in his Chat’s suggestions.

xQc turned the extension off soon after the chat had made a mess of the initial run. After a short while, he briefly switched it back on to find a bigger obscene shape grace his screen which led to it being disabled again.

The chat eventually calmed down and were able to somewhat use the feature correctly before moving on to a different show to try out the voting system.