Twitch streamer Félix ‘xQc’ Lengyel was stopped in his tracks on stream after watching a CS:GO compilation video and noted the odd trend of camera angles that typical streamers for the game take.

xQc is a former professional player himself when he was a part of the Overwatch League’s Dallas Fuel squad before circumstances saw him transition to a full-time streamer.

The Canadian streamer was flipping through videos with his chat when he came across an old clip from longtime CS:GO veteran İsmailcan ‘XANTARES’ Dörtkardeş’s stream that caught xQc’s eye. 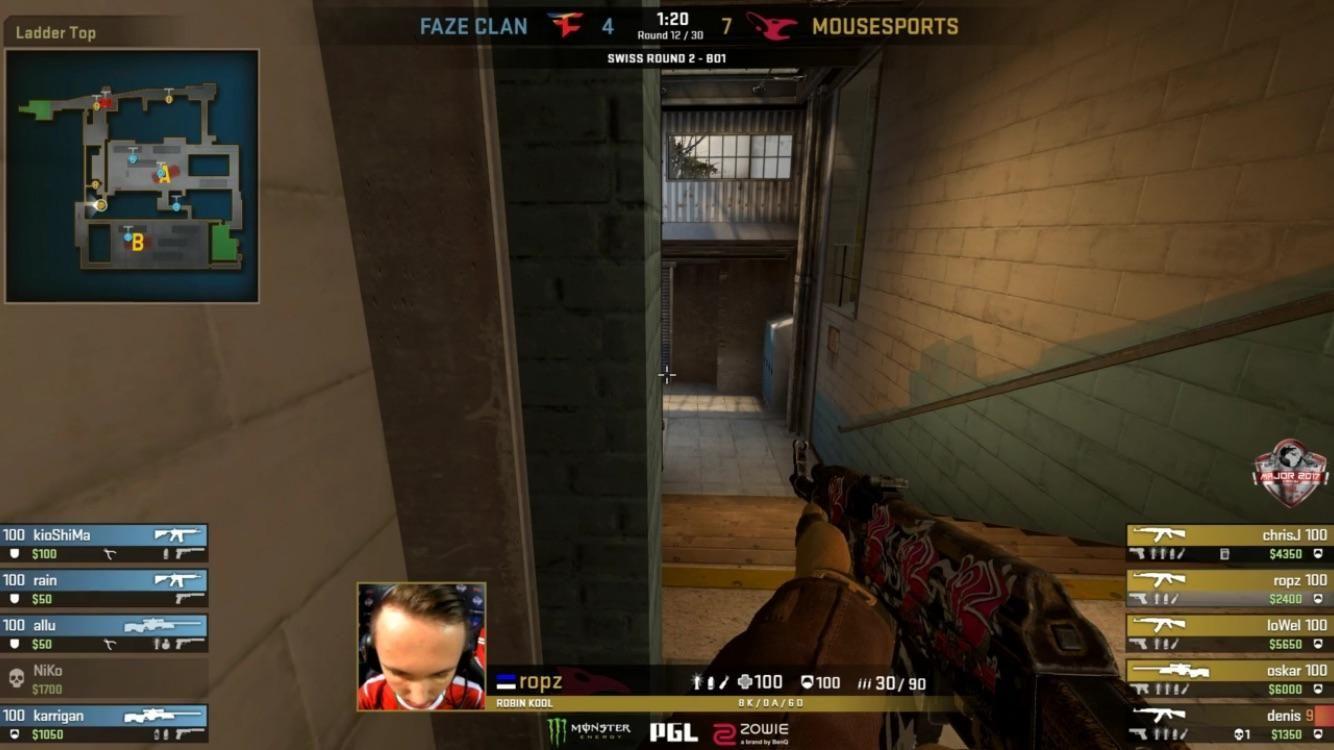 Step foot in any CS:GO stream and this is typically what you’ll find.

The clip was not even five seconds long, but it was enough to mystify xQc on the decidedly strange camera angles that he’s seen CS:GO broadcasters utilize on a regular basis.

“Cause I always wondered… woooah, the fu–,” xQc said after being interrupted mid thought. “Every CS:GO streamers have these garbage ass camera angles.”

The former Overwatch pro proceeded to move his own camera in a mocking display of how his stream would look if he took a similar, albeit exaggerated, approach to recording himself on Twitch.

He demonstrated awful viewpoints that included showing a sliver of forehead peering over his computer’s monitor, having his mouse centered with a part of his right shoulder completely filling the frame, and what he said was the “NICKMERCS angle” that only showed his forehead peering from the bottom of the camera.

xQc is famously unapologetic when it comes to giving an opinion on anything he finds unfavorable, and CS:GO audiences might finally have something to agree when it comes to camera angles in the scene.