Why was Reddit down? The world's front page crashed on Monday November 26 *Update* - Dexerto
Entertainment

Why was Reddit down? The world’s front page crashed on Monday November 26 *Update*

One of the world’s most popular websites crashed on Monday, November 26, with users reporting slow speeds and errors across the site.

The world’s biggest forum is generally one of the stalwarts of the internet and as such, you’ll rarely find Reddit.com down, however across the globe users took to other social media platforms such as Twitter and Facebook to express their disappointment.

As one of the top 30 websites based on traffic on the internet, with an estimated 1.5 billion page views a month, every minute down costs the company tens of thousands of dollars in lost revenue.

Users attempting to reach the site at around 10:30am GMT (5:30am EST, 2:30am PST) on Monday, November 26 were presented with an error that indicated there had been an issue with the servers. 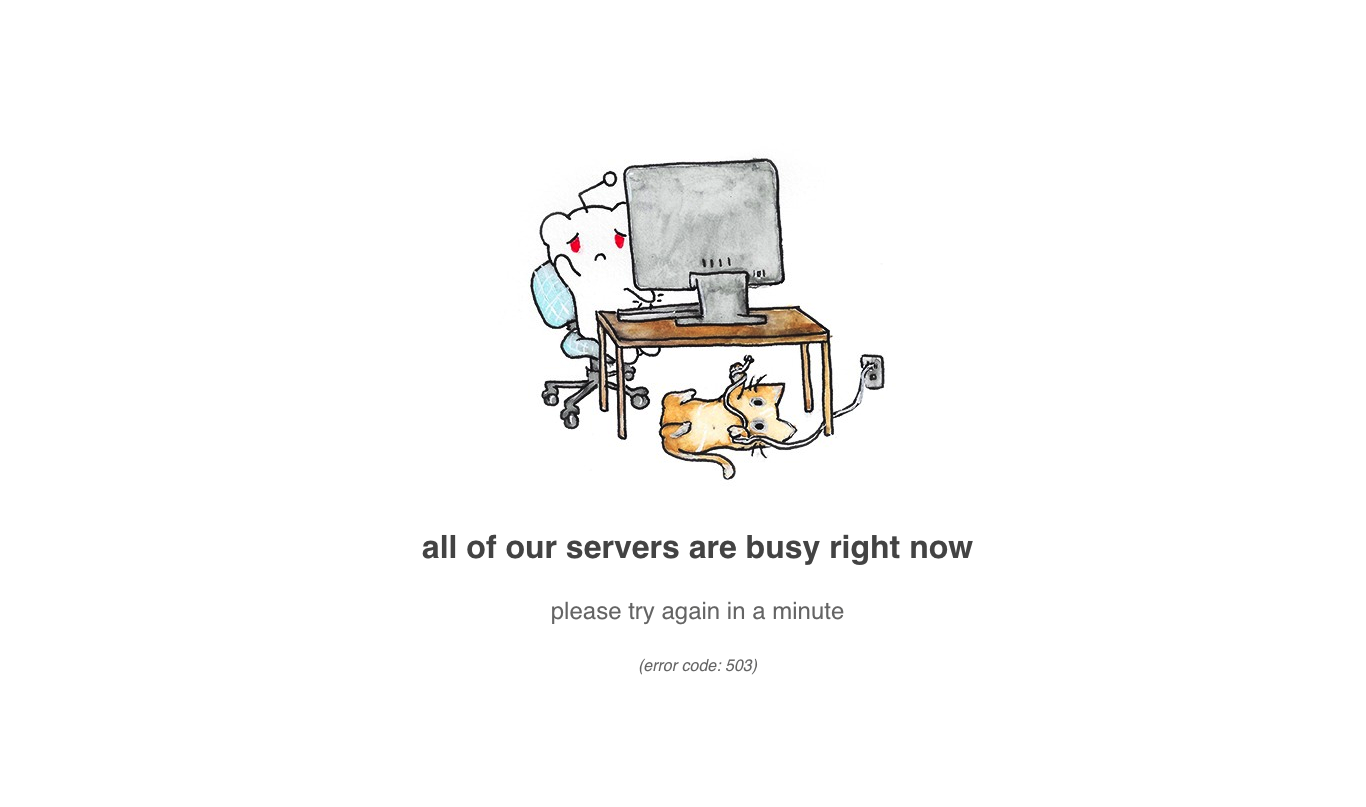 Thankfully for those wishing to see the latest cat memes or get lost down a black hole of conspiracy theories, the website returned to regular usage after around 15 minutes of downtime.

At the time of writing, it remains unclear why the site began to struggle and crashed, but we will provide updates if there are any released by Reddit.