Showing off your pets on Twitch can lead to incredibly cute moments for streamers and viewers alike, but can also bring about some hilarious fails as Chisaihato found out.

The classic saying in entertainment is that you should never work with children or animals, but that doesn’t stop plenty of Twitch streamers from including their pets as part of their broadcasts.

For many, their pet isn’t just an extension of the family but truly a part of it, and sharing the relationship with others who also love animals makes for great stream content — especially when they don’t behave as the owners expect. 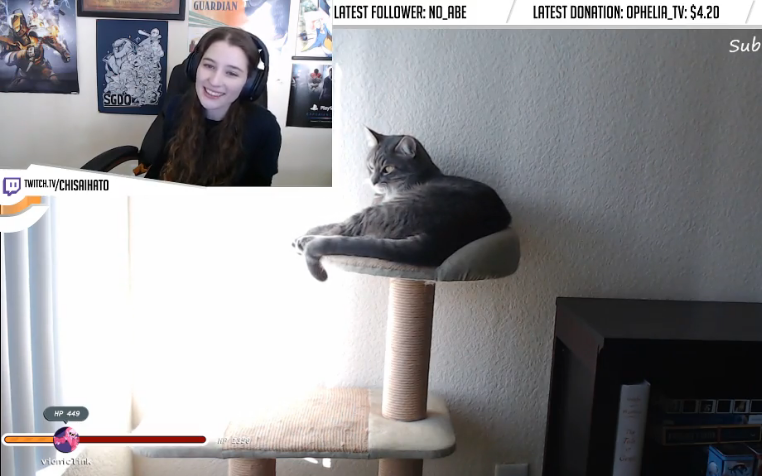 While playing Ratchet and Clank, Chisaihato decided to cut to her cat, telling her chat that she was switching to “Cat Cam” so they could take a look at her feline friend.

Of course, it was at that moment that the kitty decided to lift its hand leg and start washing its rear end, much to the dismay and delight of the streamer, who couldn’t believe the perfect timing the cat had chosen to start licking its backside.

“She’s licking her butt!” laughed the streamer. “Goddamnit Macho, I was trying to show off how cute you were, and then you started licking your butt!”

Twitch isn’t just a place for streamers to show off their pets though, with creators like Maya Higa using her platform to raise thousands of dollars in donations to help support wildlife around the world.

For Chisaihato though, she’ll need to keep an eye on her cat the next time she considers switching her camera to show her pet, although with cats notorious for doing whatever they want, whenever they want, she probably won’t have any idea as to what Machu will be doing once she shows her on stream.