Fortnite or Call of Duty, you can do pretty much do whatever you want – just provided you stay within the rules, that is.

That often leads to some interesting IRL (in-real-life) streams when broadcasters are out and about, pulling off impressive art showcases, and more often than not, the chance for streamers to take on some daring challenges in front of their viewers. 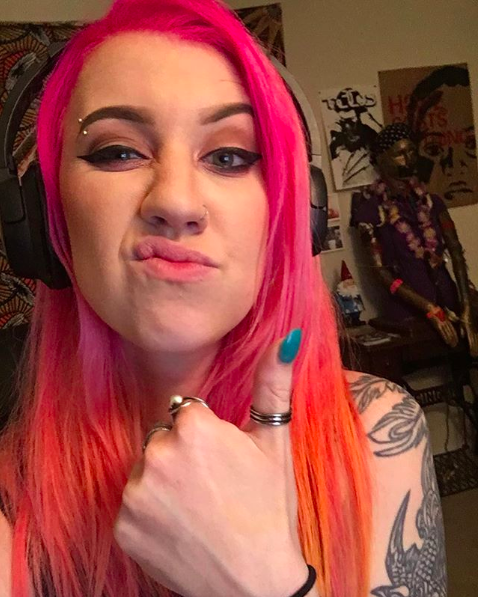 Ferocia is a growing stream and currently has nearly 6,000 followers on Twitch.
500[ad name=”article2″]

That was no different during ferocia’s November 10 birthday stream, where she was tasked with eating the world’s spiciest chocolate bar. Prior to doing so, the streamer checked out what she was getting into and while some previous participants cried in agony, that didn’t deter her.

Instead, the streamer dove right in and felt the effects immediately. “Oh, this is not fun,” she called out, before spinning around in her chair, visibly pained. “How long can I not breath for before I die?” ferocia asked as the pain became worse. “My mouth is crying.”

With the pain becoming worse and worse, the streamer asked her chat when she could resort to milk and ice cream, but that didn’t seem to provide much relief as she continued to squirm in pain.

“Oh my God,” ferocia yelled, again wriggling away from looking right down the lens of the camera. “Oh God, f**king game over bro. Oh my God, ice cream.”

As she said, tears had started to run down her face, although that wasn’t the only reaction her body was having to the heat of the chocolate. The streamer also noted that her nose also began to run.

“Dude, there are tears running down my face – I don’t know how to show you them,” ferocia added after returning back to the camera. “Oh my God, I haven’t even wiped any of the tears way, they’re just streaming down my face.”

While some may have assumed that the pain would have been too much and ferocia would have chickened out of taking another bite, that wasn’t the case.

The streamer took another piece and experienced a similar heatwave, but she seemed a little more prepared for it the second time around. All in all, it might have not been the most ideal way to celebrate a birthday, but at least some viewers got a kick out of the painful scenes.