A female Twitch streamer has been caught out after accidentally dropping a pretty hilarious euphemism when chatting with her viewers on stream.

Pixelsmixel, who typically inhabits the Just Chatting section, will typically spend a couple of hours each stream just talking about what is going on in the world, in the Twitch sphere or in her life. She’ll also occasionally play games such as Dota 2.

In her January 6 stream, Pixel was making the usual conversation with her viewers when a viewer named Ollivander complimented her accent, and she accidentally showed a little too much gratitude. 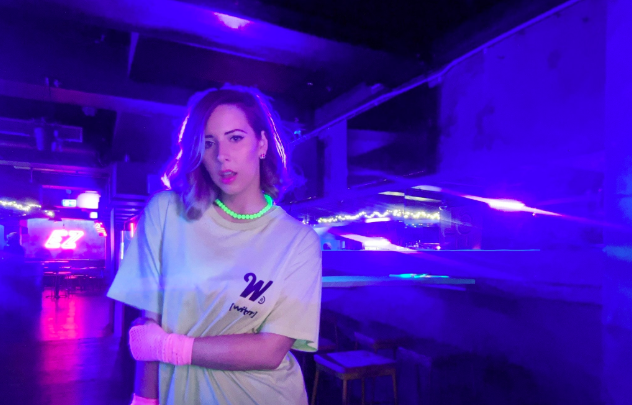 Pixelsmixel is a Just Chatting streamer with over 20,000 followers.

“Accent 10 out of 10,” she said, reading out the user’s message in her chat. “Ollivander… username 10 out of 10!” She rates the username 10/10 because Ollivander is the name of the wandmaker in the Harry Potter book series — one she is evidently a very big fan of.

She could have left it there but, as luck would have it, a Freudian slip made for a very awkward couple of moments. “Harry Potter user of my dreams. Got a wand for me?”

Pixel quickly realized the alternative implications of what she had just said and immediately pulled herself up on it, saying: “Oh, I hate that I’ve just said that on the internet.”

After a couple of moments to consider what she had just said, Pixel burst out laughing, exclaiming “chat, save me,” while sinking increasingly lower into her chair.

She continues laughing while asking herself: “Why am I like this?” before saying that she should not be allowed on the internet.

The moment was one of perfect comedic timing that couldn’t have come off any better. The Harry Potter-related joke seemed a great one to make at the time, but maybe Pixelsmixel should have thought a little longer before she spoke on this occasion.