Twitch streamer EXLA gave his viewers an unusual reaction when they informed him that a girl was present and watching his cooking stream.

IRL [in-real life] Twitch streams can throw up some hilarious moments, like when a translation goes wrong, running into a ‘gangster’ Mickey Mouse costume, or trying so hard to avoid a ban that it becomes painfully obvious.

Yet, EXLA took things to a different level during his October 27 broadcast when he got into a conversation with a chat member who revealed that a girl was watching, and it wasn’t just an all male audience. 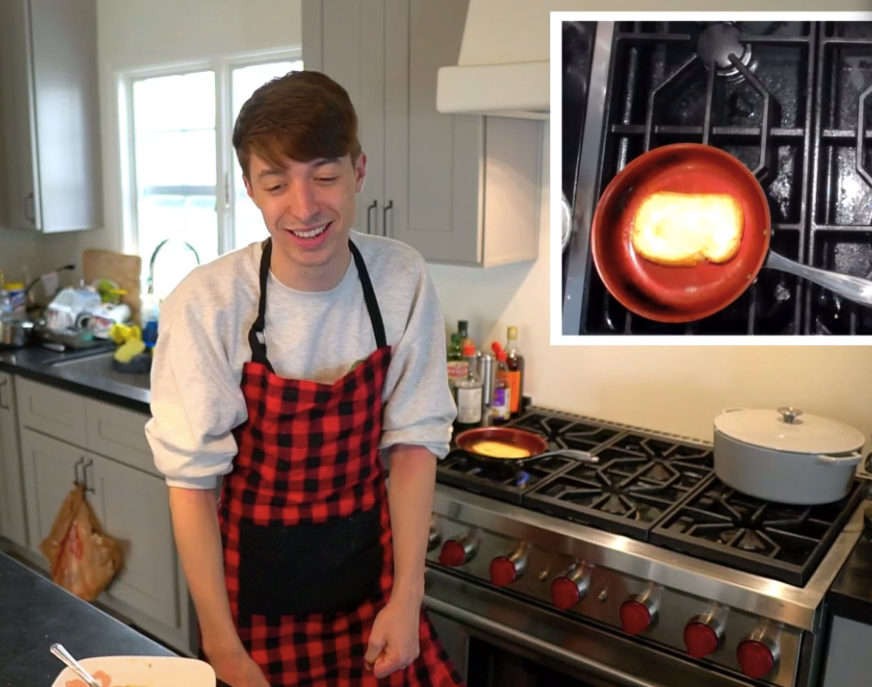 EXLA had been conducting a cooking stream when the lady appeared.
500

“Wait, who is Lauren Scott? Oh, is that a girl? Oh s**t,” the streamer said before bouncing into his unusual reaction. “Yo Lauren, erm,” he muttered before walking away from the focus of the camera and then dancing across the shot, before disappearing away to the right.

After a few seconds, EXLA smoothly slid right back in front of the camera before becoming flustered by his chat’s messages. “Oh, it’s a girl? It’s a girl!” the streamer called out again, before ramping his chat-up talk to the next level. “It’s cool, I’m somewhat of like a chef. I went to Gordon Ramsay’s school, so like, I can make food – so, like, I’m kind of a big deal.”

EXLA’s art of seduction wasn’t finished there though, as he bigged up his cooking ability for a second time – putting a price tag on his skills.

“Some people would think I’m the private chef of the house, but like I’m not – only if you pay me a lot of money,” he added, bouncing back and forth between his chat and his bread which had been sizzling away in the pan.

While he may not have been aiming to get any further than he did with a lady in his chat, EXLA at least gave his fans an entertaining highlight clip.

Next time, though, he may want to be a little smoother in his delivery and pull out some different dance moves – but just not the dab.