Popular Twitch streamer Alinity Divine was doing some innocent Googling when she came across a ‘yoga’ pose during a live broadcast of battle royale title Apex Legends.

Alinity was attempting to look up people’s unique talents, such as being double-jointed or having the ability to perform some impossible physical feat, like contortionism.

During one of her searches, the streamer came upon a website that detailed how to “toot your own horn” – which, unfortunately, didn’t refer to the usual meaning of the phrase, but instead was a euphemism for a sexual act, which was explained further by her chat.

“I’ve done yoga every day for three years and I’ve finally reached my goal,” the site read. “If you prefer something more literal-” 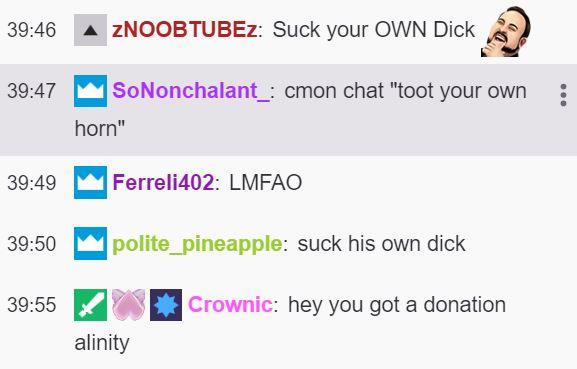 As it turns out, “tooting your own horn” as an explicit double-meaning.

Alinity quickly clicked away from the post and cried out in shock upon realizing what the thread was really about.

“Oh my god! I know what this is!” she exclaimed.

In fact, Alinity was so embarrassed that she had to sit back in her chair to process the post, placing her hand over her face in mock despair.

“I am so sorry, it was just – I realized that I was reading something really inappropriate,” she continued.

This wouldn’t be the first time Alinity accidentally viewed something inappropriate on her stream, either; the streamer inadvertently showed a full-on d*ck pic during a broadcast in early January, after a user placed the offending image in her discord.