Twitch star ‘PayMoneyWubby’ has pulled off a hilarious parody of the game show ‘The Price is Right,’ giving away thousands of dollars worth of prizes on the interactive stream.

Twitch parodies have been attempted in the past. Team Liquid’s ‘Hungrybox’ created his own Hot Ones spinoff called Hot Juans in an attempt to get onto the actual show, while talent shows like the Rajj Talent Show, featuring a host of guest streamers, have found some hidden gems.

However, PayMoneyWubby decided to trump them all with his own game show parody, and even put thousands of his hard earned Twitch sub money on the line. 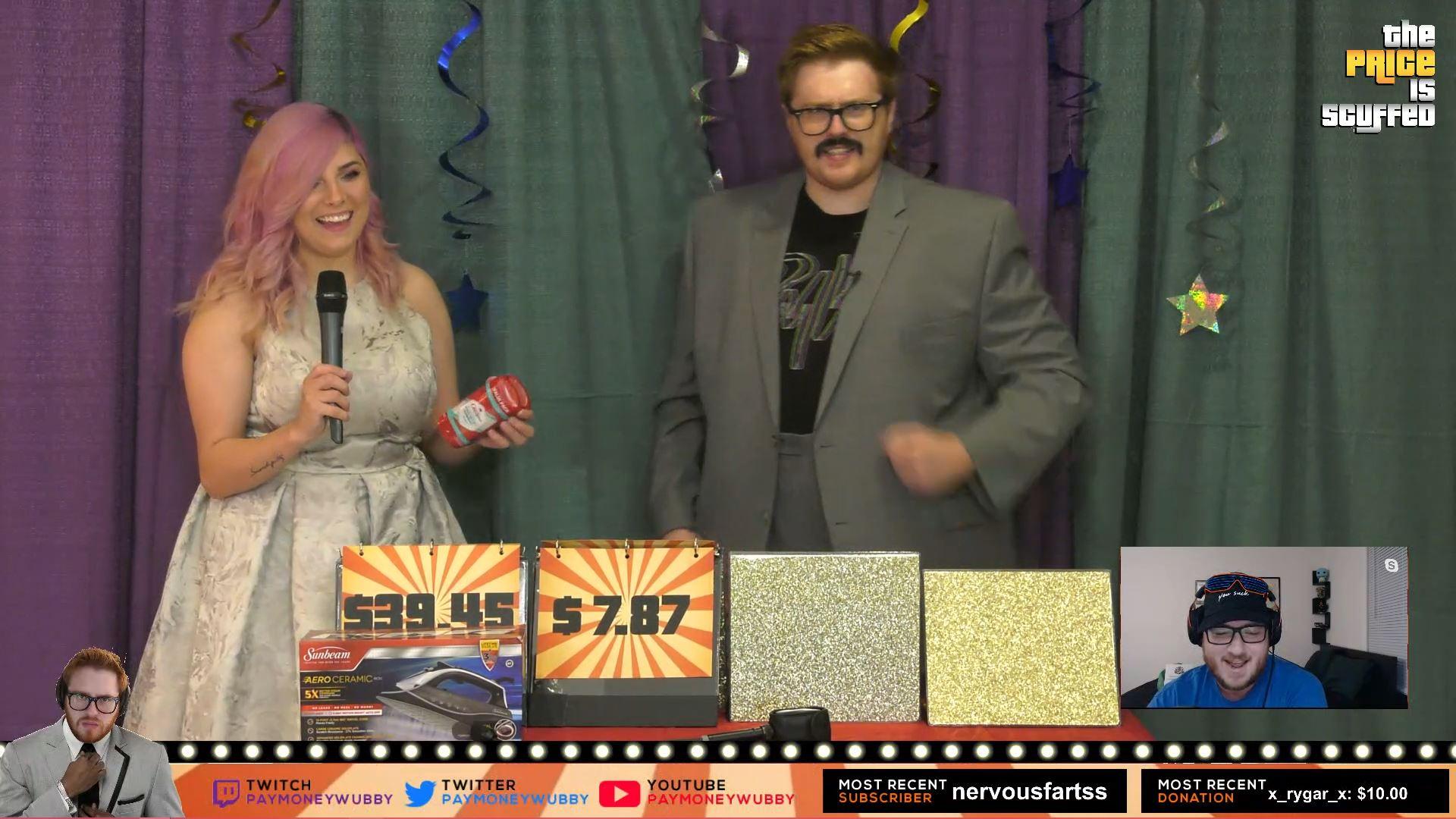 Wubby put up a perfect The Price is Right parody.

The Twitch star’s November 3 stream was dedicated to bringing the The Price is Right to life, with his own scuffed spin-wheel and homemade set.

The Price is Scuffed involved drawing contestants out of a Marbles on Stream game and putting them front and center with a set of challenges played out by Wubby and his co-host Alex.

Don’t let the name The Price is Scuffed deceive you though – the production quality was far from it. From the perfectly curated mock advertisements from Ancestry to the games, Wubby put on a show that could have been mistaken for something on cable television.

Conventional games like Higher or Lower made an appearance, but Wubby also added his own spin to that, including things like a spelling bee – which one of his contestants got hilariously wrong – and Guess the Bits, which asked contestants to guess the amount of bits donated in a set amount of time.

Obviously, you can’t have a game show without prizes. While he wasn’t offering real cars – he did offer a toy Lamborghini – or vacations, Wubby pulled together what he could to please the viewers.

One contestant, Duck, even managed to win $1,000 during the stream during a Spin the Wheel segment, which led Wubby to storm off the set in anger of his hard-earned Twitch subs going down the drain.

However, Duck missed out on the chance of making it big, with his box he declined at the end of his segment containing $5,000.

Other prizes included a bottle of Grey Goose, seasoned with Wubby’s saliva, a 27” gaming monitor, a box of Lactaid and cash prizes of various assortments from $1 to $500 – whatever he could afford outside of the production cost.

People came to the stream in droves too. The two-hour show peaked at over 15,000 viewers as he hit Twitch’s front page, including a drop in from billionaire Elon Musk.

PayMoneyWubby said that The Price is Scuffed is likely to become a more regular thing every month, so people will have another chance to get on, get roasted, and maybe get a prize or two.

For now though, he will return to his regularly scheduled programming of games and Just Chatting while in his iconic green onesie, entertaining his legion of fans.