Twitch is reportedly working on their own site currency and is already inviting some streamers to sign up for the incoming feature called Channel Points.

It looks like the internet’s most popular streaming platform is starting to feel the pressure from rising competitors as a Twitch currency would theoretically be used to rival Mixer’s Sparks.

Mixer audiences can earn Sparks by streaming or viewing broadcasts, and can be spent for a myriad of actions such as enabling interactive games, creating “teams” on the platform, and much more. 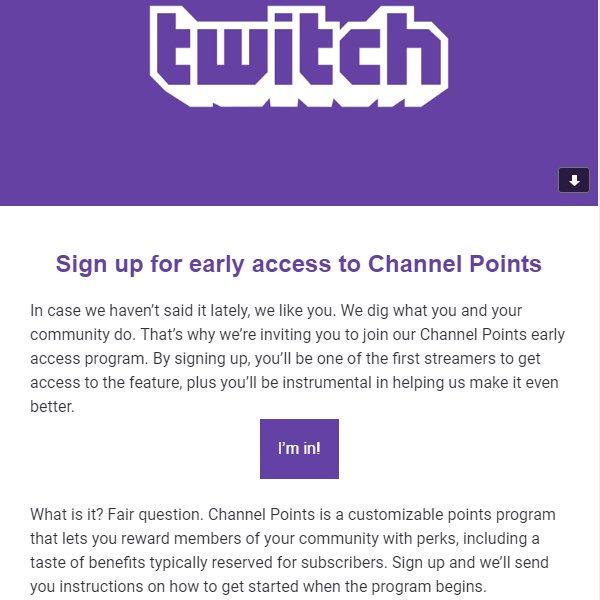 The notification going to some Twitch streamers on new Channel Points.

In an August 17 Twitter post, Twitch partner ‘Lowco’ showed a screengrab of a message to streamers notifying them of the upcoming Channel Points.

“Channel Points is a customizable points program that lets you reward members of your community with perks,” the Twitch message said. “Including a taste of benefits typically reserved for subscribers.”

It looks like there is already an option for some streamers to sign up and be the first to get instructions on how to use the feature as soon as they go live. 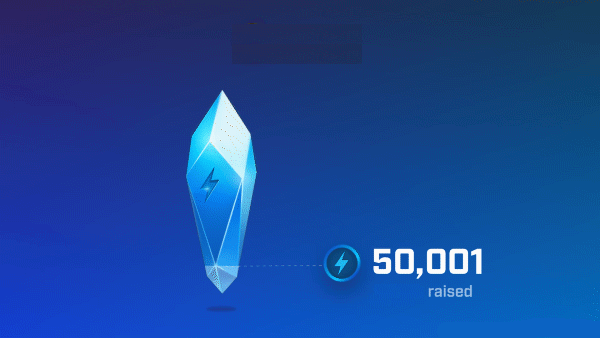 Channel Points could be in response to Mixer’s Sparks.

At the time of writing, it’s unknown what specifically Channel Points will let audiences get or how streamers will be able to implement them into their broadcasts.

Large Twitch streamers are already chiming in to express their outlook on Channel Points, as some personalities have been dying to have something like this for a long time.

“Man, Myself (and many others) have been trying to convince Twitch to get a site-wide currency system for over FIVE years now,” Ben ‘CohhCarnage’ said. “The entire reason I have my own custom system is because they wouldn’t make one at the time. And here we are. Five years later.”

Man, Myself (and many others) have been trying to convince Twitch to get a site-wide currency system for over FIVE years now!

The entire reason I have my own custom system is because they wouldn't make one at the time.

And here we are. Five years later. :joyful: https://t.co/PB3STb53xg

There will naturally be a lot of comparisons between Twitch’s upcoming Channel Points and other structures from streaming competitors.

While it seems like Twitch is late to the party on a currency system, with the amount of resources that the Amazon-owned streaming site has, Channel Points could be another hyped feature like Squad Streaming and more before it.

Time will tell if Twitch streamers and, more importantly, viewers will adopt Channel Points once it launches, but if it rolls out with worthwhile applications then it could be popular among audiences.