A Twitch streamer was unfeatured from an official broadcast moments before responding to a question regarding the 2019 Hong Kong protests.

The ongoing riots in Hong Kong have, according to the head of China’s Hong Kong and Macau Affairs office, led to the region facing “the most severe situation since its handover” in 1997. It has sparked many heated discussions, some of which have spilled over into gaming communities.

Support towards the current demonstrations has been previously punished, most notably by Blizzard during a Hearthstone GrandMasters tournament, where Ng Wai ‘Blitzchung’ Chung exclaimed “Liberate Hong Kong; revolution of our times” in a post-match interview during an official Blizzard broadcast. 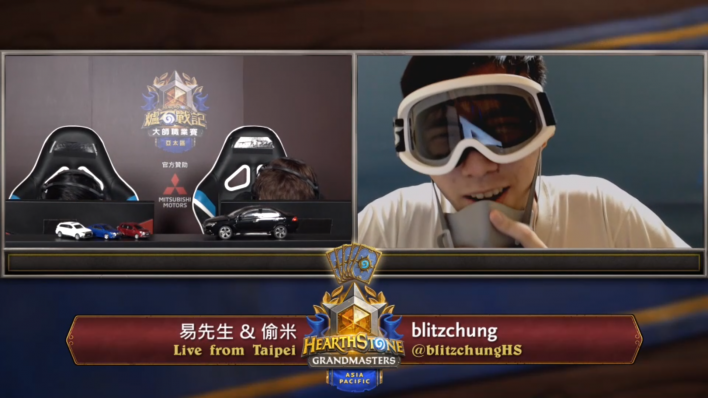 Fast-forward to an October 14 broadcast and Twitch streamer, ‘flamelord1998’, was randomly selected to be featured on the official Twitch channel that was broadcasting the aftermath of ‘The End’ event.

The streamer was discussing his theory regarding what happened during the creation of the mysterious black hole, when he was asked: “What is your favorite viewpoint of Hong Kong’s issue?”

Flamelord began to respond with “Uh, in all honesty, I’ve —” before being immediately unfeatured from the broadcast. Mere moments later, the backdrop cut to a streamer–less image of the black hole.

Although it is entirely possible that the streamer had simply run his allotted time and that Twitch’s hosting bot could have automatically switched, this is the second time in less than 24 hours that Twitch have swiftly cut off a streamer on their channel.

Fellow Twitch streamer, ‘Marcus ‘Ranger’ Pereira, was also featured in the same broadcast hours earlier, before being cut-off after he encouraged viewers to watch a YouTube video from Tyler ‘Ninja‘ Blevins, the popular personality who jumped ship from Twitch over to Mixer back in August.