Popular Twitch streamer ‘ItsSlikeR’ was in the middle of a Minecraft stream on August 24 when his audience baited him into falling for the oldest trick in the book.

Minecraft first released to the public in 2009, so there has been close to ten years for veteran players to discover all the mistakes that they can be trolled into, and the things to avoid.

But with the recent resurgence of Minecraft’s popularity, we are seeing Twitch personalities and newcomers streaming it for the first time, leaving them open to being tricked. Much like SlikeR, who fell for the oldest trick in the book.

The Twitch personality was streaming with his friend when they happened upon a pool of lava. He put a piece of wood down to cover the ground, and told his partner to cross. “This is wood, it’s going to burn,” she replied.

SlikeR at first confidently snapped back “no it’s not. If you put something weaker than wood, it would burn”, before questioning the logic of what he said and finally agreeing: “Wait… that’s true.” 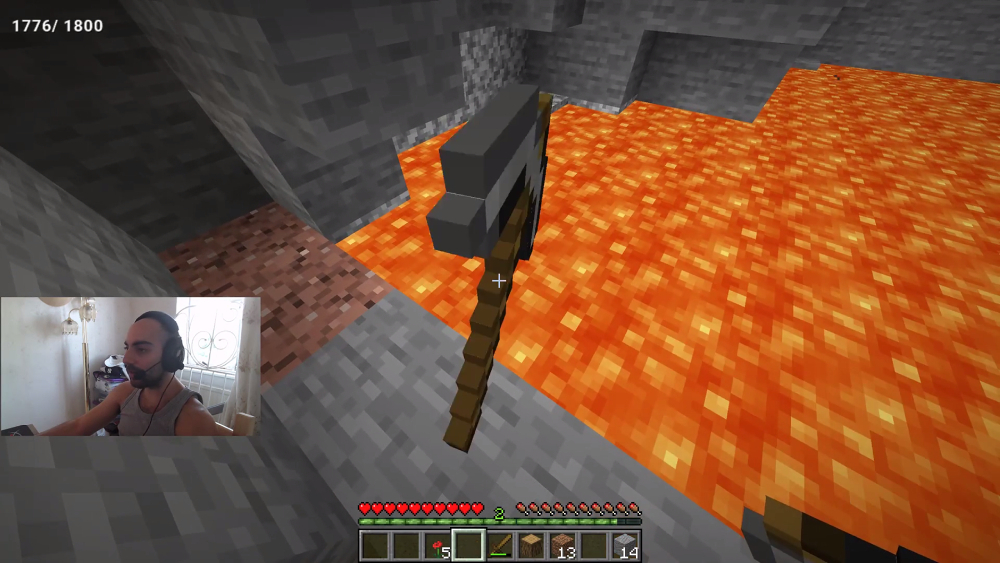 SlikeR got trolled by his Twitch chat.
[ad name=”article3″]

After he and his partner crossed the lava, the streamer began to mine the wall, when someone in his Twitch chat followed up his previous question of what material would burn, by telling him to press Q by the lava.

Reading what was being said, he spoke aloud “Press Q by the lava” before turning his head back to the game, and doing just that. Within an instance, his pickaxe was lost to the flames.

It took the streamer a second to realize what had actually happened, as he stared into the boiling lake before turning his to the camera and cracking a smile.

He then put his hands over his head and leaned back in his chair, realizing that his chat had baited him into destroying his mining tool. Clearly annoyed, SlickeR exclaimed “This chat is so stupid. Honest to god!”

Whether it’s tricking players into mining diamonds with a wooden pickaxe, or getting them to throw their items into lava, newcomers will have to be careful. But like everyone else, they have to learn eventually.