Fortnite pro player and Twitch streamer Darryle ‘Hamlinz‘ Hamlin is well used to handing out eliminations on the popular battle royale title, but he was on the receiving end of the most dramatic death ever while playing VR games on October 27.

Hamlinz is one of the most popular Fortnite players in the world, but often hops on other games during his streams to the delight of his audience, who love to see the American take on various titles, including horror games as the community gears up for Halloween.

On Sunday, October 27, the TSM member delved into the world of virtual reality, taking on SUPERHOT, an FPS title that tasks players with surviving an onslaught of slow-motion bullets from an enemy which greatly outnumbers you. 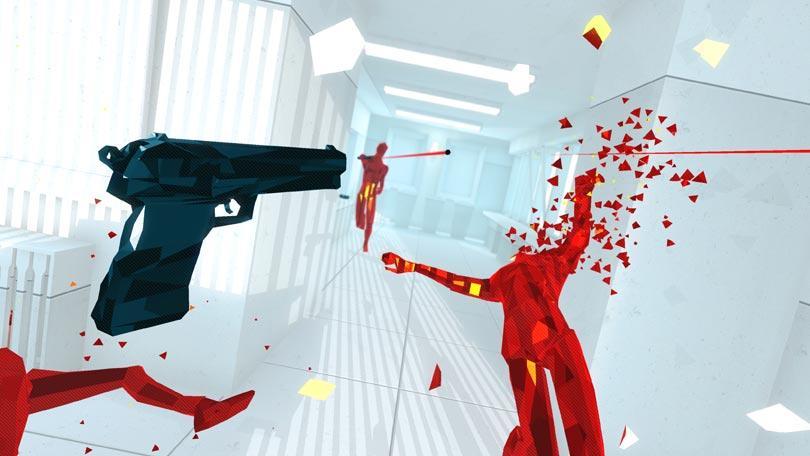 SUPERHOT is a slow-motion VR game that brought Hamlinz to his knees – literally!
[ad name=”article2″]

After playing the game for over an hour, Hamlin crouched on the floor with a VR headset strapped to his face began to yellow, firing off his weapon only to realize that he had ran out of bullets.

With no weapon to defend himself and intense music from the anime Naruto playing in the background, the streamer grabbed glass bottles in a last-ditch effort to protect himself from bullets and tried to throw them at the bright red enemies who continued to fire at him.

With virtual glass smashing, Hamlinz let out a desperate cry of “No, please!” as his character fell to the ground, struck down by his opponents in a final battle.

Virtual Reality headsets allow players to really get into the action, with players able to use the technology to look around their surroundings as if they were there in person. This, quite often, leads to incredible moments like this one where those wearing the headset momentarily forget that they’re actually playing a game.

For Hamlinz, his adventure in SUPERHOT ended with the most dramatic death you’ll ever see on a VR stream, and a reaction that is certainly worthy of the silver screen, should his career as a Fortnite pro ever take a downturn.