Popular content creator TimTheTatman’s reaction to finding out that he is going to become a father is a very beautiful thing to watch.

Tim, who is one of most well-known streamers on Twitch, was told the wonderful news by his wife Alexis, who found a creative and interesting way to reveal her pregnancy.

In a clip shown on his live-stream, Tim was handed a box by Alexis, in which was a piece of Harry Potter themed baby’s clothing. While he did not realize what that meant at first, it slowly started dawning onto him and his reaction was priceless.

Tim announced the news to his fans and viewers on September 20, and also revealed that the baby was estimated to be due April 7, 2019.

He posted a wonderful picture on his Twitter page showing the due date, an ultrasound image of the baby, and a piece of clothing that contained a controller logo and the words “Player 3 Loading…” 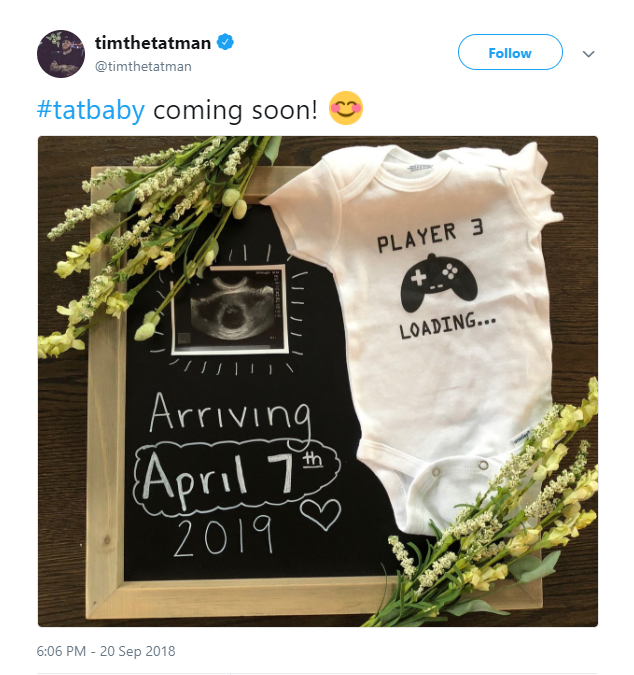 With Tim having the presence and popularity that he does within the online gaming community, many of his peers went on social media to send their congratulations and best wishes.

We at Dexerto would also like to congratulate Tim and his lovely wife Alexis, and we wish nothing but the best for them as they enter this new chapter in their lives.