A Twitch streamer has decided to finally turn his life around and clean their bedroom, after piling up trash right next to the PC since 2005.

An extraordinary timelapse video of the room transformation has surfaced on YouTube, after the terrible state of his gaming setup went viral on June 3 – potentially forcing him to take action.

Since then, the gamer – who goes by the name of Jaegerrmeister on Twitch – has decided to ditch his messy antics and get rid of the clutter pile that once prevented him from seeing his own floor. 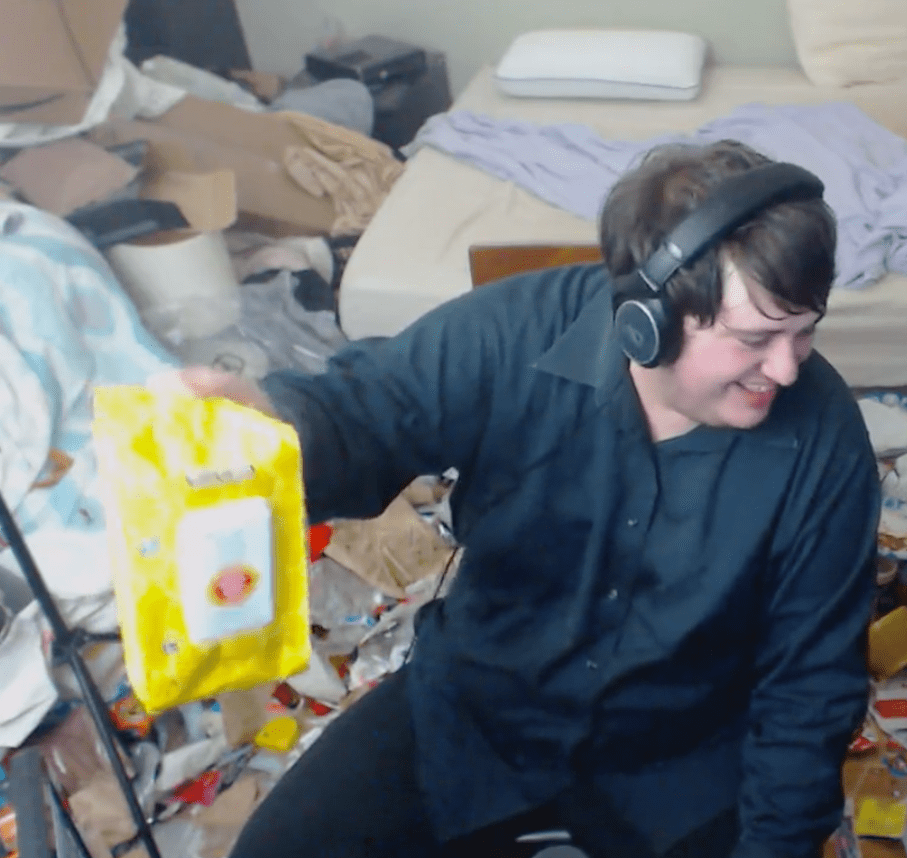 Jaegerrmeister had empty packets dating back years stacked up in his room.
600

What was once stacks and stacks of Amazon boxes, food wrappers, and even cooking pans scattered across the bedroom floor, has now been restored to a much cleaner space.

The Twitch streamer showed fans exactly what he was doing when he broadcasted the deep cleaning exercise on his channel, and even reacted to the massive change in his life on stream.

When talking about the huge revamp of his room, Jaegerrmeister revealed how he felt before making the decision to start the big clean, and it seems to be a big weight off of his shoulders.

“Honestly, it feels really fucking good,” the streamer revealed. “I was super fucking like ‘uh, it’s going to be fucking whatever. I won’t feel that much better.’ I thought it was boredom.”

He added: “Back before I cleaned my room when there was nothing to do, I thought it was boredom but it was me being depressed or whatever. It feels a lot fucking better dude.”

Clearly delighted by the turnaround, Jaegerrmeister’s fans will be hoping that he doesn’t leave the next major clear-out of his room’s rubbish for another 14 years.

Yet, based on how much better he feels having removed the clutter, it’s unlikely that he’ll go back to his old ways.