Twitch streamer Apex Legends Twitch Prime Crown Cup on July 13, and decided to lean her head over and peek at her opponent’s screen during the closing minutes of a match in an effort to get an advantage.

Twitch hosted an Apex Legends tournament on July 13 in Las Vegas that featured Tim ‘TimTheTatman‘ Betar as the host with a variety of other streamers and celebrities, all focused on bringing home the victory.

Before the celebrity portion of the event started, streamers competed against each other to come home with the most kills. Alinity was in a huge hole so she decided to take a peek at another screen in an effort to make a comeback. 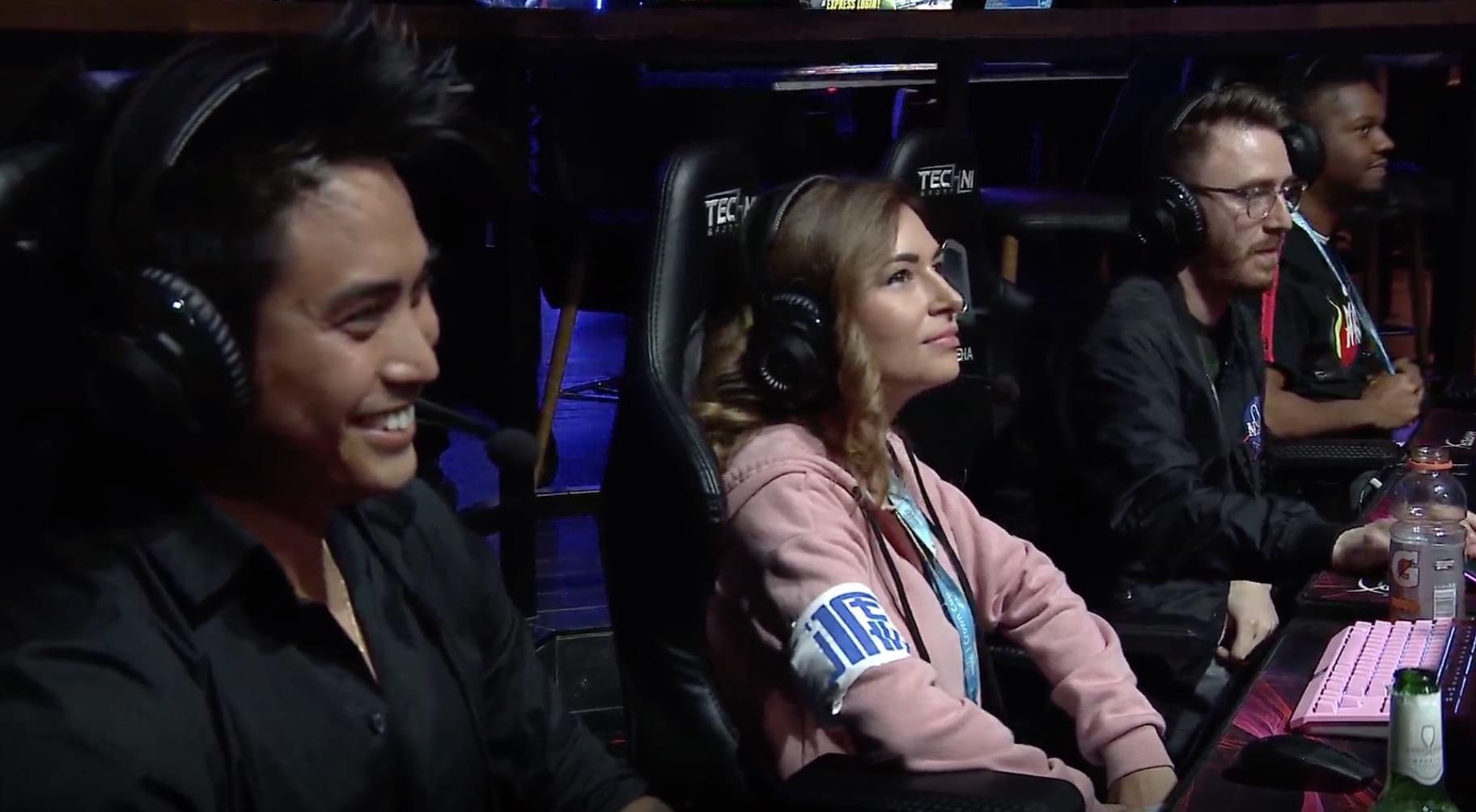 Alinity was part of an Apex Legends tournament in Las Vegas with other streamers.

However, instead of being placed next to their teammates each time the teams changed, the streamers remained in their normal spots which meant they could end up right next to their opponents.

Alinity took full advantage of this by leaning over and taking a look at her opponent’s screen and learning their location, relaying this to her teammate ANGRYPUG.

“I see them, they got rezzed,” she said after looking at both GoldGlove and Anthony Kongphan’s screens next to her. “They’re in the caves, Sequisha, Fem, and Anthony. Fem has a blue shield.”

It was played off as a gag with Tim jokingly suggested security should come in and get rid of her. This was all in good fun and it didn’t actually end up working out for her as she was quickly dispatched, despite the extra info.

In a surprise to nobody at the event, King Richard was able to come home with the most kills before the tournament then moved on to the celebrity round.

In the end, it can be chalked up as a successful tournament as it brought in a consistent 100,000+ view count and gave Apex Legends a lot of publicity.

The tournament also highlighted the fact that exclusive loot is available. If you’re a Twitch Prime member, you can pick up Apex Legends loot from now until August 12.

Respawn and Twitch teamed up to offer several loot drops so be sure to grab those while they’re still available.