Twitch recently updated its streaming categories to better label content previously under the umbrella of IRL, but one category in particular is being targeted by spam streams.

The rather broad ‘Just Chatting’ category is intended for casual streams that don’t fall under ‘talk shows’, or for intermissions between gameplay when a streamer is taking a break to chat to their viewers.

But, it has for some reason become the category of choice for spam channels, potentially being used for viewbotting, or illegal hosting of third party, copyrighted content.

On October 3, a screenshot taken by a Reddit user shows a total of seven channels, all with the title ‘test test’, and the words ‘come soon’ on screen.

Despite many of the channels having more than 200 ‘viewers’, the streams’ chats were completely empty, meaning one of two things.

Either these channels are being viewbotted, where a bot is used to boost the number of concurrent viewers artificially, or the stream is being embedded on other websites, typically for the use of streaming sports events or other copyrighted content. 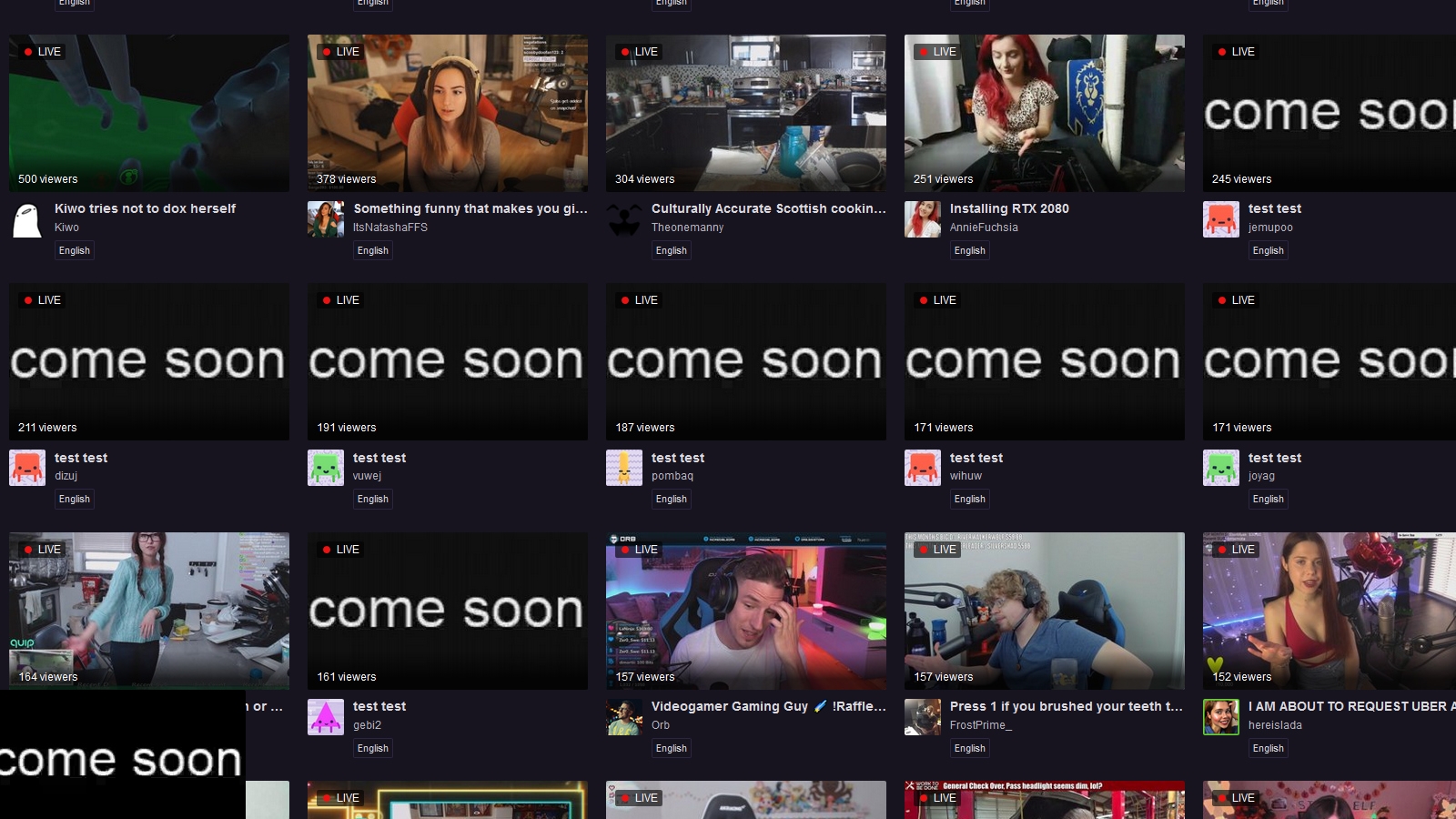 With the EUFA Champions League returning on October 3, as well as the McGregor fight approaching this weekend, it is possible that these ‘test test’ streams are being prepared for this purpose.

Whether being viewbotted or being hosted on other sites for the purpose of streaming illegal content, Twitch will need to be vigilant across all the new categories, as these accounts attempt to evade bans.

At the time of writing, there remain six channels all with the title ‘test test’, around 200 viewers each but no chatters whatsoever.