Popular Twitch streamer JonZherka took aim at the livestreaming platform over what he believes are differences between bans for male and female streamers – citing perceived leniency toward females when it comes to ‘unfair’ suspensions.

Twitch has come under fire in recent months for their handling of some suspensions, or lack thereof in the cases of some. The alleged inconsistencies have been a talking point between streamers for quite some time, with JonZherka being the latest to weigh in.

The formerly banned streamer had been appearing on the Spud Cast podcast hosted by BelaFernandezz when the topic changed to unfair bans and the difference in what male streamers apparently experience on Twitch compared to females. 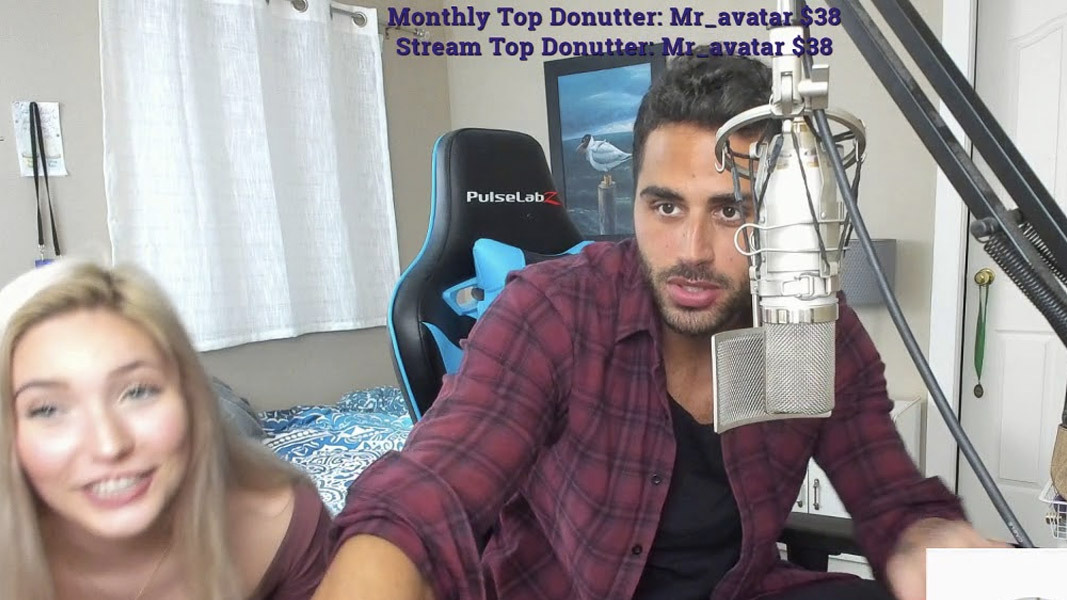 JonZherka has appeared and won Twitch shows like the Rajjchelorette.

“Well, if you look at it, guys seem to make a lot more money than girls on Twitch so it’s unfair that way, but if you look at the other way, guys deal with severe bans compared to girls,” Zherka claimed, before ramping things up a notch.

The streamer continued: “It seems like, if you’re a girl, you can get away with anything, I’m not going to talk about cats and stuff, but you know what I mean.”

His subtle hint at Alinity’s animal ‘abuse’ controversy sparked plenty of laughter from his fellow guests and the watching audience, but he wasn’t quite finished.

“Basically, girls for nudity get a one-day ban. When someone flashed me on stream, I got a perma,” Zherka added, before noting that he was only able to return to Twitch thanks to a top-ten streamer having his back and petitioning for his return.

JonZherka stated that he was “broken” without his chat as they saved his life, but sounded off on Twitch one final time.

“How the f**k are you going to take that away from me and you’re not going to take it away from the fu**ing e-girl that had ‘oops, wardrobe malfunction’ for the thirtieth time to triple her stats? Ridiculous.”

Back at TwitchCon in September, Twitch did reveal that they would be making changes to their suspension process, with the context of situations being taken into account better than before.

Yet, they still wield the all-important banhammer and can have the final say, regardless of what the community may think of a given situation.