A hilarious clip of a Twitch streamer has gone viral after being reminded by her own son that she’s got a husband during a broadcast.

MrsRuvi has just under 7,000 followers on her channel and can often be seen streaming in the Food and Drink category, which is often the place that people will go to watch cooking live streams and the likes.

That’s exactly what her fans have come to expect from the streamer as well, serving up a variety of different dishes during broadcasts such as pizzas, waffles and more on a regular basis. 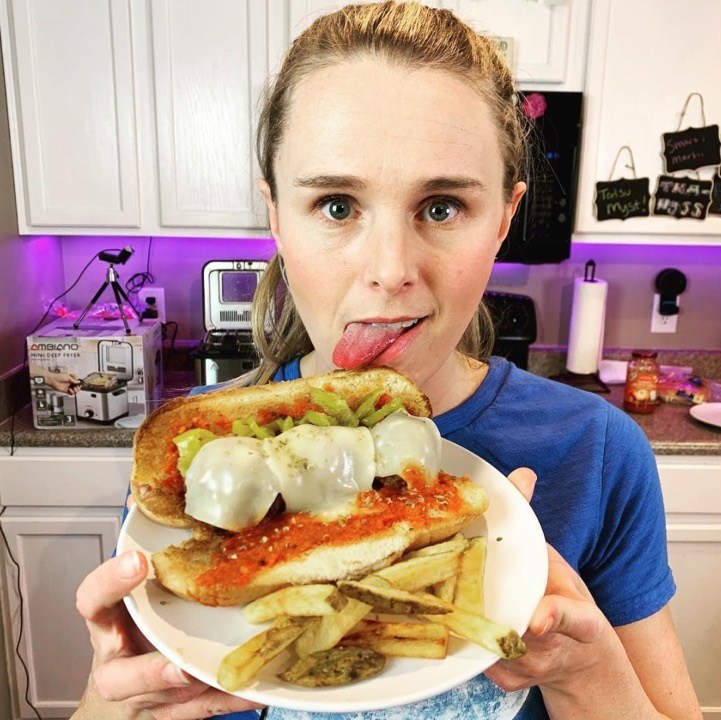 MrsRuvi is constantly whipping up some incredible food for her Twitch viewers.

However, it wasn’t the sight of delicious food that brought around 250,000 people to watch a viral clip from her stream on September 23, but instead something that her young son decided to reveal.

Speaking directly to one of her newest subscribers, user philipdefranco – which wasn’t actually the popular YouTuber – Ruvi was clearly delighted to see that they had come on board to support the channel.

“You guys are now part of the streaming crew. Phillipdefranco why don’t you notice me? Notice me philipdefranco. You’re so handsome,” she joked, before her son interjected with a hilarious comment.

MrsRuvi was obviously joking about the whole thing. It appeared that the young boy beside her had taken her comment seriously for a split moment, though, turning around to face the camera. “You have a husband!” he shot back, before laughing.

This isn’t the first time that the streamer has had a clip of her content go viral, either. One of her streams was abruptly ended back in April after hitting a ball of dough down so hard that it broke their setup, with coffee going everywhere.

For smaller streamers that are trying to climb the ladder on Twitch, there’s no doubt that boosting their support base and subscriber count is an exciting accomplishment.

That was clearly the case here as well, but nobody watching could have expected such a funny way for the subscriber to be welcomed to Ruvi’s community. It was great!