Everyone was surprised when StephenIRL was banned from Twitch in September for brandishing a weapon, but no one was as shocked as the bounty hunter himself. Now, having returned to Twitch, he has told Dexerto exactly why he was removed from the platform, and revealed his frustrations with the ban.

Stephen has one of the most-known IRL channels on Twitch, with his intense livestreams giving audiences an insight into the world of bounty hunting and chasing down criminals.

However, the streaming personality’s account was in peril in September after Twitch permanently banned him without warning – now the bounty hunter is speaking out. 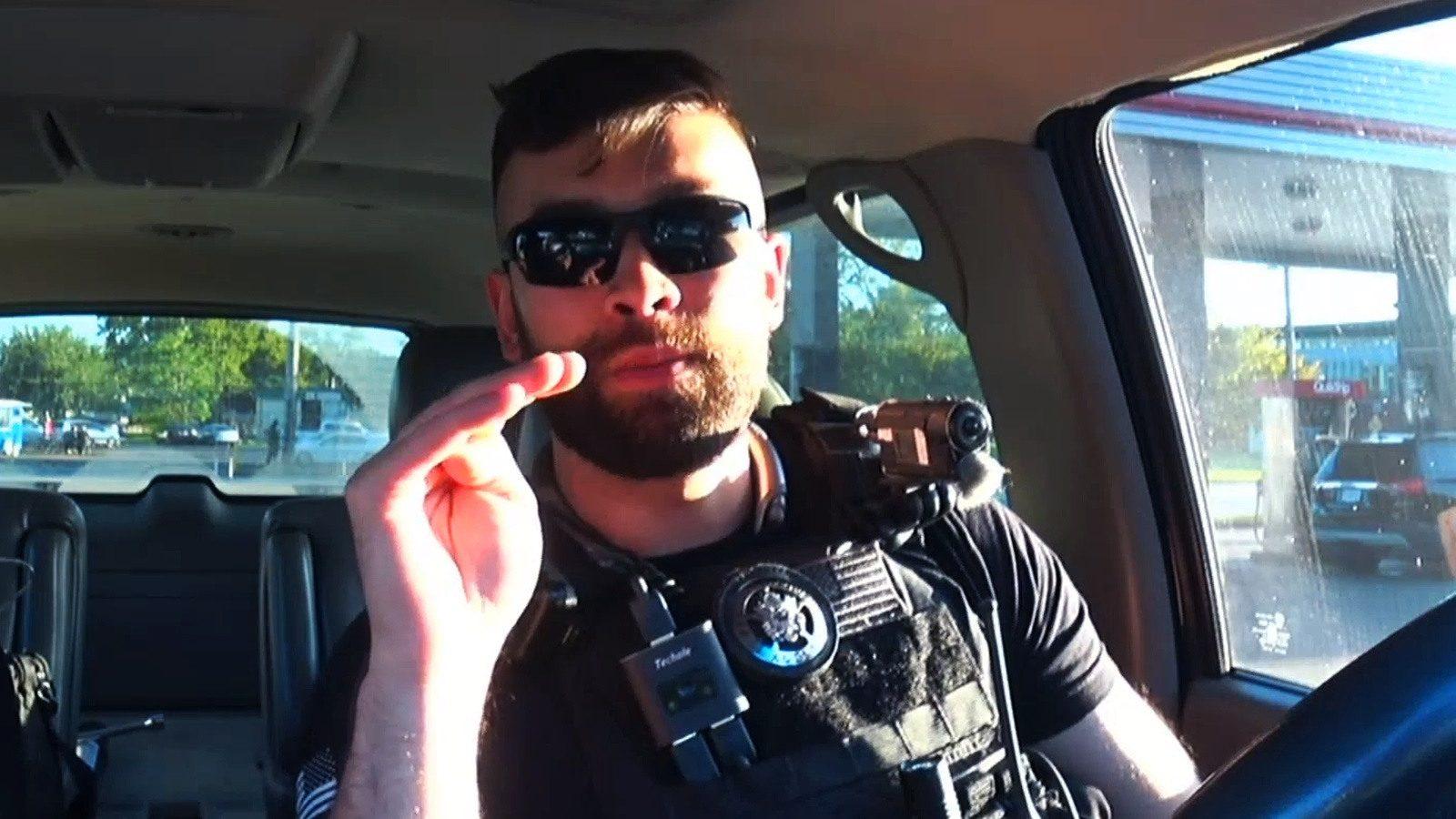 The IRL streamer gives viewers a unique look at the world of bounty hunting during his broadcasts.

On September 11 the streamer posted on Twitter that his account had been permanently banned, and stated it was for “brandishing a weapon” during his broadcast.

In an interview with Dexerto, he detailed his frustrations with how the ban was handled as the streaming platform took days to communicate specifically what incident it took issue with.

“It took a few days for me to get the exact occurrence of the incident in question due to the fact the VODs or clips couldn’t be referenced since my channel had been removed,” he said. “I wasn’t entirely sure for which incident the ban occurred until I was provided a timestamp a few days later and referenced my own local recordings.”

Just received notice from Twitch of an Indefinite Ban that goes into effect tonight. Last Stream Debrief will be at 1800 HRS CST.

While showing a weapon on stream might sound controversial, US bounty hunters are allowed to carry firearms, depending on which state they’re in. And the streamer had shown weapons on his channel before, which made the ban initially confusing.

Curiously, the bounty hunter was a partner with the streaming platform for over a year, which meant they had to be at least somewhat familiar with the content shown during his broadcasts.

When asked why Twitch suddenly took issue with him showing a weapon on stream given that the channel had featured firearms before, Stephen explained that it was to do with context.

“My understanding is that the ban did not occur for showing a weapon on stream, but for presenting a weapon in a context in which a weapon, lethal or non-lethal, could potentially be used on another person, regardless of being in compliance with local laws,” he said.

The Twitch personality also theorized that incident might have been singled out as a clip of the incident became popular on Reddit’s LivestreamFails.

The ban was initially permanent, although Stephen says he was encouraged to appeal the platform’s decision, which he eventually won as his channel was reinstated in October.

The streamer said that according to local law, he had not actually brandished a weapon but acknowledged “it did however violate their [Twitch] terms of service; specifically their definition of “brandishing a weapon.”

Stephen clarified that while he was initially frustrated with the ban, he has no issue with the content Twitch doesn’t want on its platform. However, he would have been willing to change his content if they had asked him to in the first place.

“My initial response was one of frustration, primarily for the reason that nothing had been communicated to me until the decision was made to permanently ban my channel,” he said. 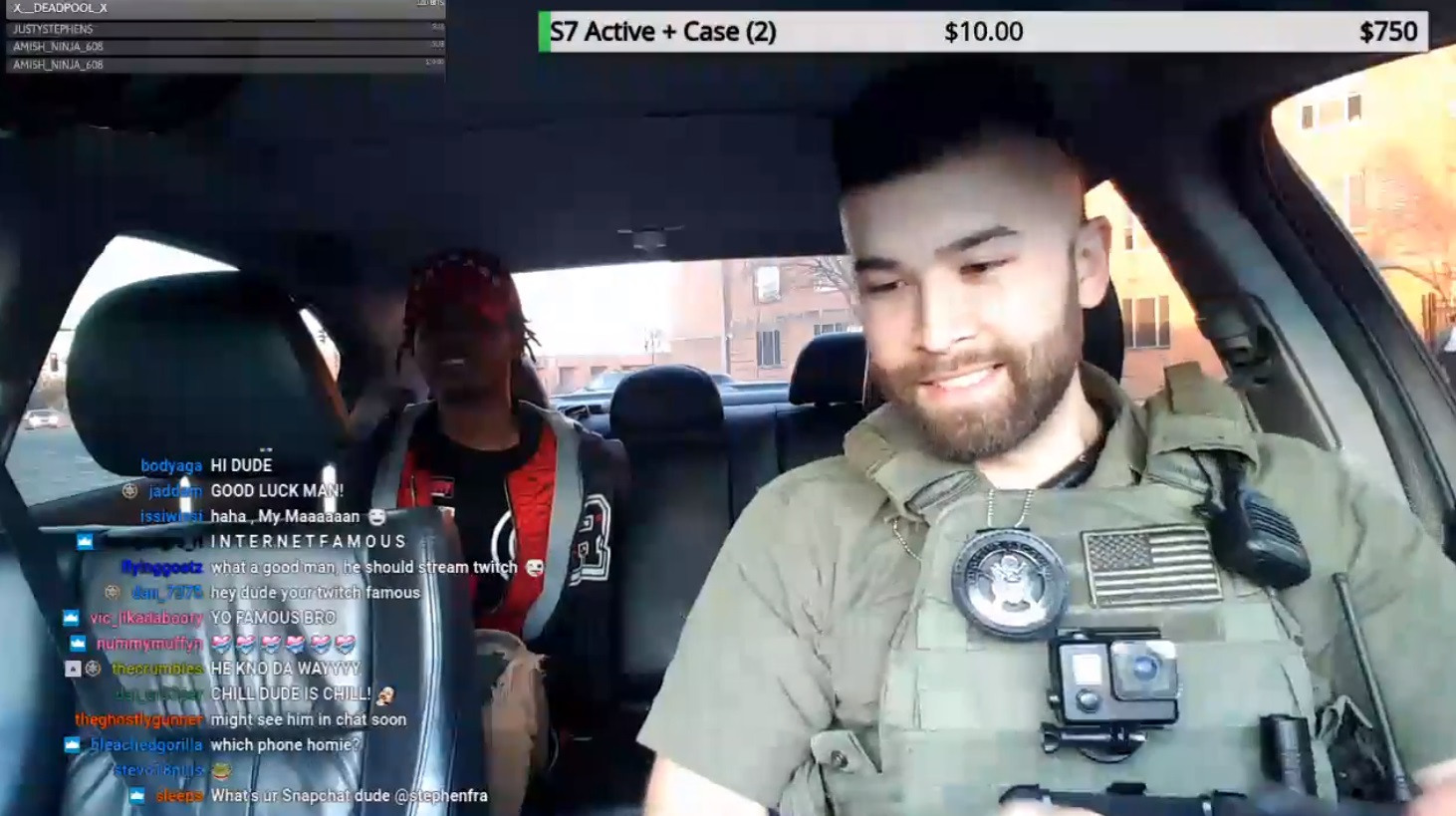 The bounty hunter admits that arresting people on stream might be seen as “edgy” for some.

The bounty hunter then acknowledged that he understands why some may see his content as “edgy” and why Twitch might not want all of his content on their platform. However, he just wishes there had been better communication.

“My application of Twitch Partnership was approved over a year ago, and much of the content streamed up to that point would have been considered in violation of TOS based upon recent communication,” he explained. “Had they initially communicated their concerns when they arose, I would have immediately stopped streaming the content in question.”

The future of his Twitch channel

While the IRL streamer’s channel was unbanned in October, the bounty hunter had to make some changes such as cutting the stream when raiding a house, or arresting a victim with violence.

The Twitch channel now “goes dark” and links viewers to a private server, where the rest of the stream can be watched away from the platform to avoid any future upsets.

Privately streamed raids are NOT sub only and we are doing our best to keep them that way. Appreciate your patience as we work out the kinks!

“I do wish to make it clear that this is in no way a planned substitute for streaming on Twitch, but as a way for the community to watch only the specific content that may result in violation(s) of Twitch’s terms of service,” he explained.

Despite the whole ordeal, StephenIRL is not angry with Twitch and stated the ban was a part of the company’s “growing pains” to keep up with the amount of new streamers. “Regardless, it has been a huge lesson and opportunity for personal growth and maturity,” he said.