Popular Twitch streamer Michael ‘Shroud’ Grzesiek has revealed more gruesome details about his recent scooter accident, while giving fans an inside look of his injured left-arm with X-rays.

How did Shroud get injured?

On March 11, Shroud canceled his scheduled stream and told his fans to blame his scooter. His friend and fellow streamer, Justin ‘Just9n’ Ortiz, later explained that the former Counter-Strike: Global Offensive pro had suffered a nasty injury to his left arm in the accident, which forced him into having surgery.

While the popular streamer had not injured his right arm, the one he relies upon for his insane headshotting ability in games, he stated that he would be ‘out of commission’ for a while as the pain remained. 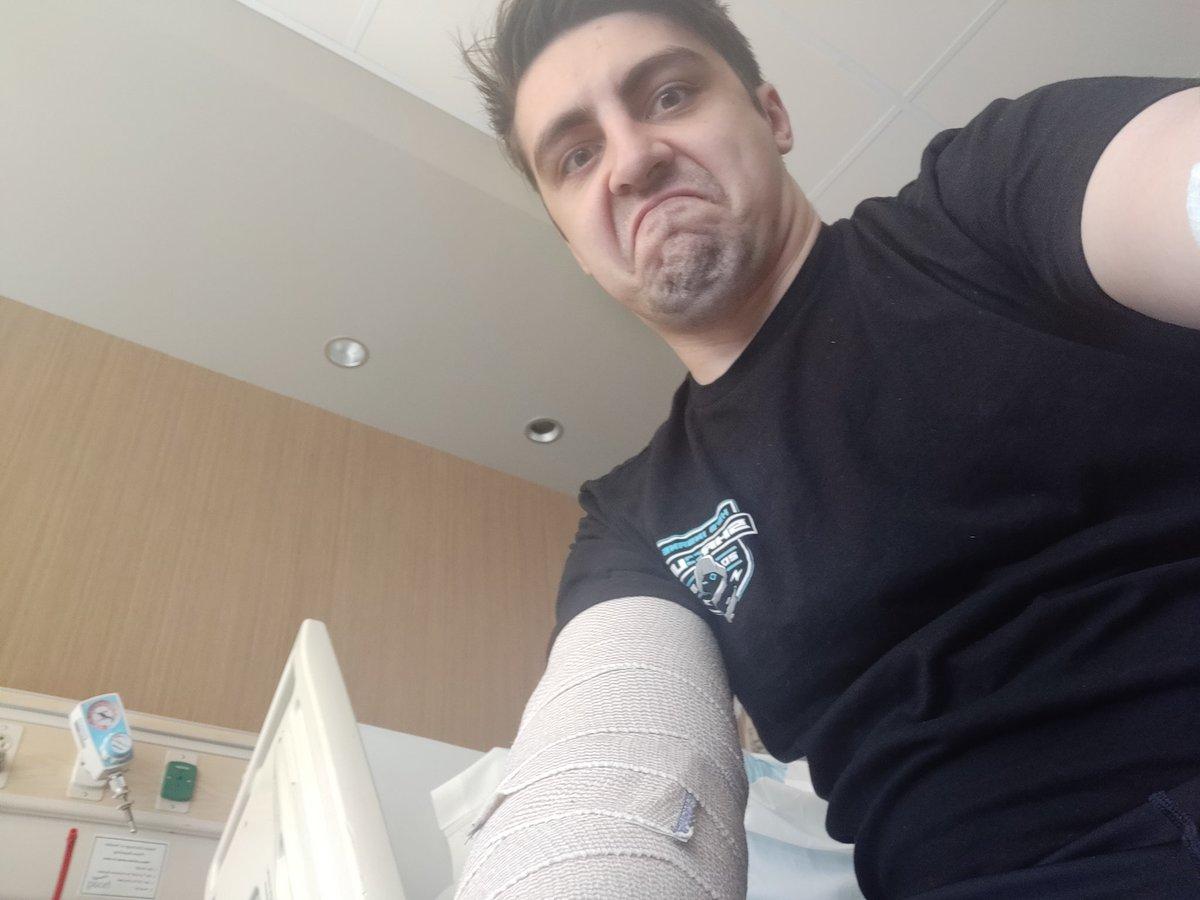 Shroud has given fans different looks at his elbow injury through Twitter and Twitch.

Shroud shows off his X-rays

Since then, shroud has revealed, in parts, different aspects about the injury – including the incredible story about how a doctor had recognized him prior to the surgery. The doctor altered the procedure so that he wouldn’t suffer any further pain from the injury that could affect his gaming ability, he said.

On April 4, the streamer showed his fans some of the X-rays from the injury, with his left elbow containing a metal plate as he had previously explained. “That’s my little metal boy right there,” said Shroud, after pointing out the uniquely placed plate to his viewers.

What type of surgery did Shroud have?

After taking a quick look at the images, one fan in Shroud’s chat immediately called out the surgery that the streamer had undergone – labeling it the ‘Proximal Radius/Ulna fracture along with Olecranon Process’ operation.

Shocked by how someone recognized the procedure, Shroud said: “I think that’s like exactly what my surgery was. I don’t know how he figured that out. Maybe he looked at this picture and he knew exactly what the fucking process was – but yeah, that was something that happened.”

While the X-ray images didn’t showcase the most gruesome of injuries, or go deeper into the arm to show off any potential muscle or tissue damage, fans did get an interesting look at the extent of the work needed to keep his arm in shape.

The former Cloud9 pro may have to tone down his streaming schedule for a short period of time while he recovers, but he should be back at the peak of his powers before long.