Imane ‘Pokimane‘ Anys is the most followed female streamer on Twitch, with over three million loyal fans, but second-placed Amouranth has been gaining on her fast following a controversial ban, leaving Anys somewhat puzzled.

In September, Amouranth was handed a three-day suspension from the platform after an accidental wardrobe malfunction left her momentarily exposed.

However, the ban was far from a low point in her streaming career, as the incident and the ensuing drama surrounding it helped boost her follower count by almost 50%, in the week after her return.

Since then, Amouranth’s channel has been knocked down by almost 300,000 followers, perhaps due to some of the follows not being legitimate accounts. 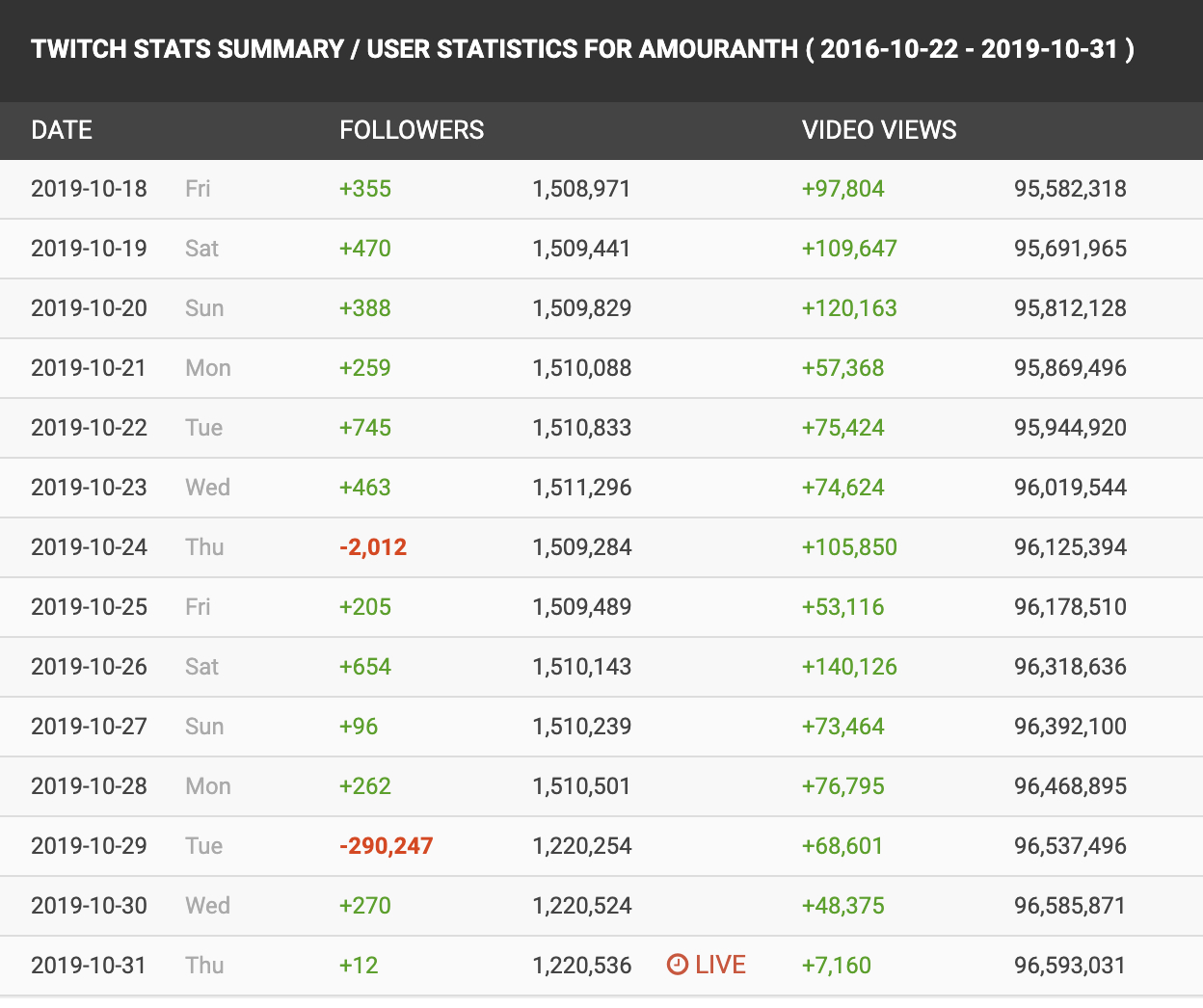 Over 290,000 followers were lost on Amouranth’s channel on October 29.

The inflated follower count took her channel from the third most-followed female streamer to the second, overtaking KittyPlays and moving just behind Pokimane, with over 400,000 new followers.

Discussing on stream on October 30, Pokimane explained her opinion on the controversy. “When I heard that Amouranth got like hundreds of thousands of followers after she had an oopsie on stream, I was so confused.

“The ruthless businesswoman within me, very conflicted,” she said, before laughing and saying she was “memeing, but I actually didn’t understand, like where? Where do these people come from? It was like 400,000!”

Her confusion stemmed from the fact that most regular Twitch viewers will “know” Amouranth’s stream content already, and so these new followers must have been new users to Twitch, who discovered her through the controversy.

The second point of confusion was that Amouranth’s viewership didn’t see massive increase either: “It’s not like she quadrupled her viewership either, so?”

Concluding, Anys explained that she’s “not even mad” because the influx of new users on Twitch could just as easily benefit her own channel too.

Unfortunately, it appears that many of these new followers were not actually new users at all, with over 290,000 follows removed from Amouranth on October 29.

Overall though, it was still a net gain for her channel, which has increased by about 40,000 followers compared to before her ban.