Pokimane responds to claims that her merch copies famous brands

Popular Twitch streamer Imane ‘Pokimane’ Anys was accused of copying famous designs for use on her merchandise during a broadcast on November 18.

One viewer left a scathing donation message during the stream, claiming that her ‘Bloom’ tee had ripped off a design from Virgil Abloh’s famous fashion brand ‘Off-White.’

“Your Bloom tee on your merch site is just a straight Off-White ripoff,” the viewer commented.

Pokimane didn’t appear to take the commenter’s claims too seriously, confidently shrugging off the allegations.

“Umm, just because it has slashes on it doesn’t make it an Off-White ripoff, but thank you for your opinion,” she replied.

She likewise cited other streamers and personalities who took from famous designs for their own merchandise, such as pro League of Legends player Doublelift and popular Twitch streamer Fedmyster.

“Have you seen most people’s merch, by the way?” Pokimane continued. “Like, the classic Supreme red logo? Fed does it, Doublelift does it. It’s totally fine to get inspiration from other things.” 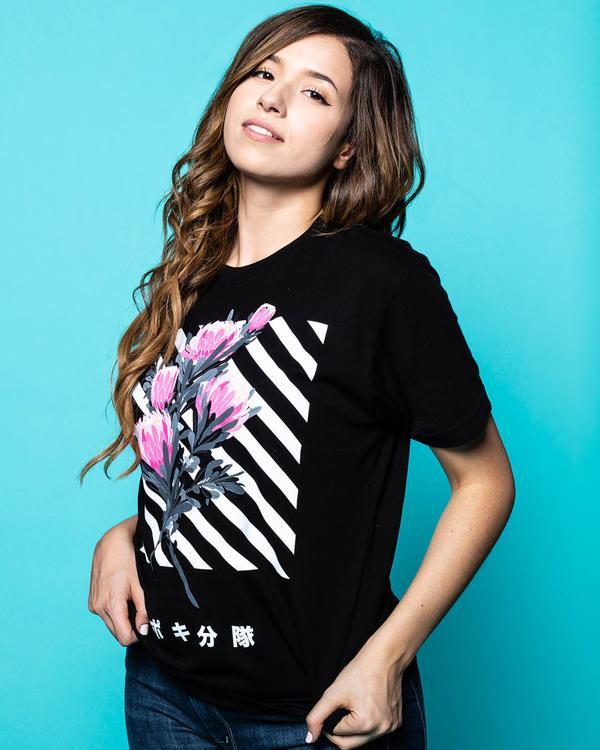 She went on to admit that she had gained inspiration from Off-White for her ‘Bloom’ design, making sure to credit the brand while holding her ground that she hadn’t outright copied the concept.

“…one, credit: Off-White as definitely being one of the top streetwear brands, big inspiration of mine,” she stated. “And two, I’m not copying.”

This isn’t the first time Pokimane’s merch has been in the news, either; Josh Hart of the Los Angeles Lakers was seen wearing the streamer’s ‘Bloom’ tee on his way to a basketball game, as Tweeted out by the team in late October of 2018.