Twitch star Imane ‘Pokimane‘ Anys is, like many others, bothered by the recent surge in animal cruelty cases, so she’s decided to spread some light and positivity in her community.

Twitch streamer Alinity Divine sparked debate when she threw her cat over her shoulder during an Apex Legends stream on July 8. Local animal protection service Saskatoon SPSA cleared the ‘abuse’ allegations against her on July 27 after a thorough investigation.

Later on August 7, YouTube personality Brooke Houts caused an uproar after she accidentally uploaded an unedited video that appeared to show her spit on and smack her Doberman puppy. PETA has since gotten involved and the LAPD are investigating. 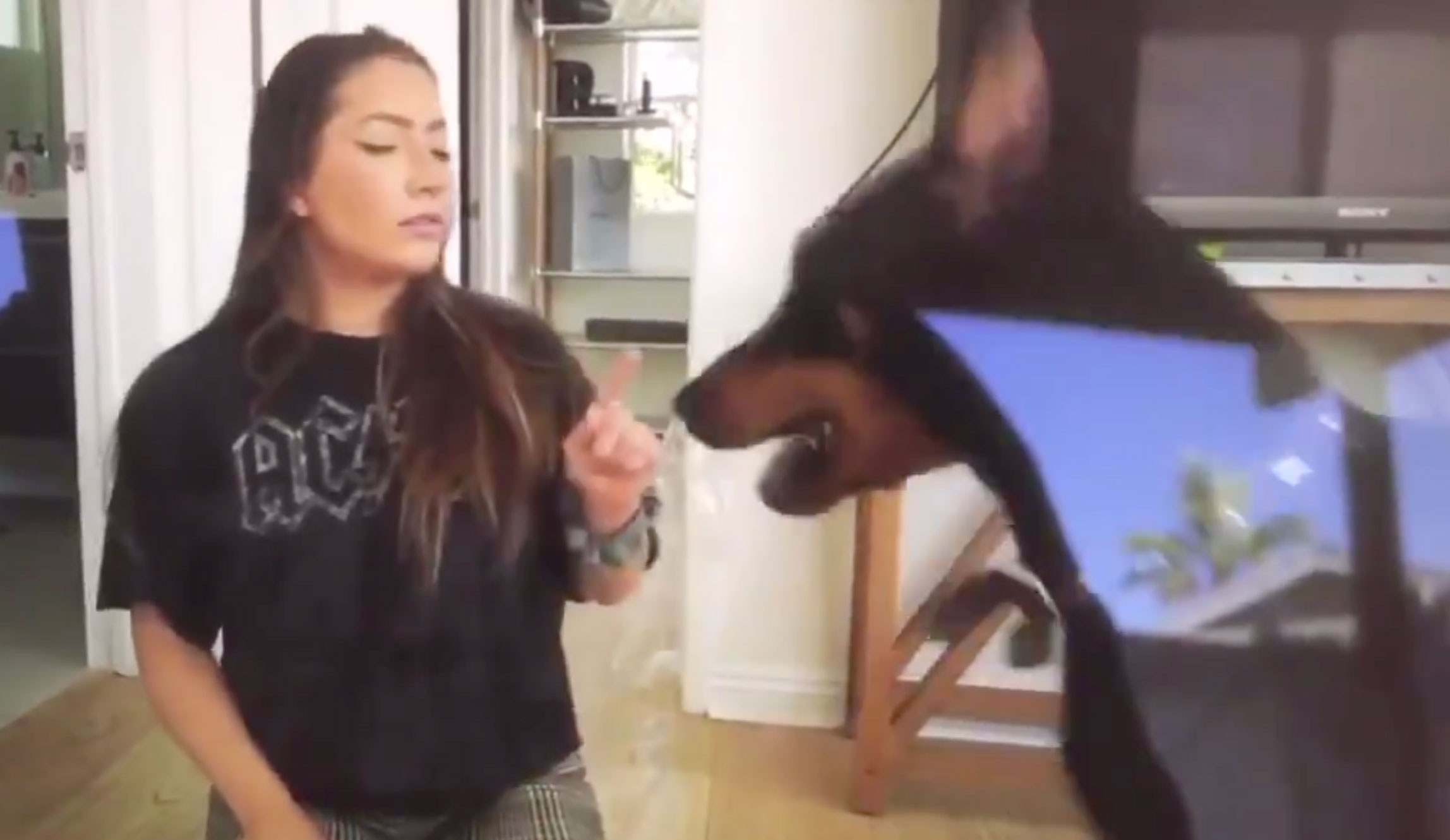 YouTuber Brooke Houts is currently being investigated for ‘animal abuse’.

Back on August 7, Twitch star Pokimane announced that she was going to be volunteering at a local animal shelter in a bid to inspire positivity within her community.

“There’s been a lot of sad news regarding animal abuse recently, so I decided I’ll be streaming myself volunteering at an animal shelter. I can’t wait to give a ton of dogs & cats some love, share that experience with y’all, and I hope to inspire you all to do the same,” she tweeted.

There's been a lot of sad news regarding animal abuse recently, so I decided I'll be streaming myself volunteering at an animal shelter :blush: I can't wait to give a ton of dogs & cats some love, share that experience with y'all, and I hope to inspire you all to do the same :heart:️:dog_face::cat_face:

She followed through with that announcement on August 15, broadcasting a near four-hour-long IRL broadcast from a local animal shelter alongside a friend who manned the camera throughout.

Amid all the cuteness of taking puppies for walks, playing with cats, and asking questions to staff – there was a pretty serious message being presented as Poki explained how people can get involved with the cause to help sheltered animals by volunteering themselves, especially as it isn’t overly difficult to do so.

As the stream went on, Poki tried to dig up some insight for her viewers who may be considering adopting a pet but are unsure if it’s the right time or they will be able to fully manage. “What do you recommend if someone is unsure whether they’re ready to be responsible for an animal?” asked the streamer at one point, stumping the shelter workers with such a good question.

They noted that newer adoptees can foster pets for a certain amount of time – taking them out of that massive dive into responsibility by easing them into things.

After all was said and done, the streamer was surprised by how easy the process of volunteering and helping out at the shelter actually was – encouraging viewers to follow in her footsteps.

“At the end of the day, what are you doing? You’re feeding animals, taking them for walks, and giving them love. You’re not like a rocket scientist,” she added. “Yeah, it’s super easy and I feel like you get a lot of out it. It’s gratifying.”

Whether or not Poki will decide to do another animal shelter volunteer stream remains to be seen, but considering the inspiration and personal joy she got out of the experience, it’s definitely not out of the question.