YouTube king Felix ‘PewDiePie’ Kjellberg has floated an idea for the internet’s next big ‘raid’ after Area 51 – and it might just surprise you where’s he chosen to go.

Back in June, the Storm Area 51 meme spread across the internet like wildfire as millions of people around the world flooded to a Facebook page to confirm their attendance. The plan seemed simple – head to Area 51, storm the gates, and uncover some of the world’s apparent deepest secrets in the form of aliens.

While it didn’t quite go to plan, with a few hundred people turning up and taking photos with the guards instead of storming the base, it still took the interest of PewDiePie who dropped a video explaining why the fail was actually a “win,” before asking fans about what could be ‘raided’ next. 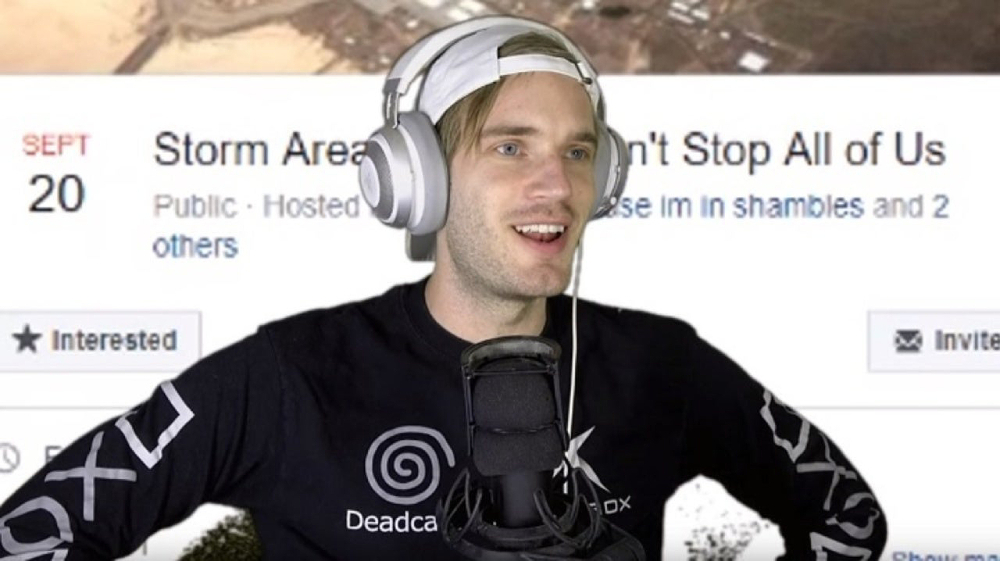 Like many internet personalities, PewDiePie weighed in on the hilarious Storm Area 51 meme.

As he followed up on the video via his Twitter, the YouTube star asked his 18.8 million followers when they were heading to the Vatican and storming there too.

“Vatican raid, when?,” he said on September 26, prompting plenty of responses from fans who had jokes about uncovering Jesus playing and some who even had their own ideas of where to ‘raid’ next instead.

“When is the NASA raid happening? There is so many possibilities you can even imagine,” asked one fan, clearly sticking with the route of uncovering secrets from outer space just like Area 51.

Another, though, had the idea of raiding a fictional part of the world – Pandora – seeing as Borderlands 3 released on September 13.

When is the NASA raid happening??
There is so many possibilities you can even imagine

A further, clearly joking idea, came from fellow YouTube Kevin Lieber, who noted that the search of the Vatican could happen to “discover if popes are real.”

we need to discover if popes are real

While PewDiePie was probably joking and just stoking the internet meme fire, it will be interesting to see if anyone decides to follow up on the Area 51 memes with another attempt to go viral.

Who knows, we could see people storming the North Pole in a bid to find Santa Claus, or even the first video of the Bermuda Triangle. The ‘raid’ possibilities are truly endless.