Felix ‘PewDiePie’ Kjellberg has got together with developers Outerminds to release Pixelings, a brand new, free-to-play game on iOS and Android.

PewDiePie’s fans refer to him as the ‘King of YouTube’, but he does more besides creating videos for his 102 million subscribers.

The Swede created his first mobile game with Outerminds in 2015 – the platformer Legend of the Brofist – and he followed it up with 2016’s Tuber Simulator. Now, three years later, he’s extended the Pixelverse with his latest release.

Based in PewDiePie’s 16-bit realm of Pixeland, Pixelings plays out like a more strategic take on the original Pokemon. After a ‘mysterious being’ invaded Pixeland, you are set with the task of gathering your best battle lineup of Pixelings in a bid to restore order. 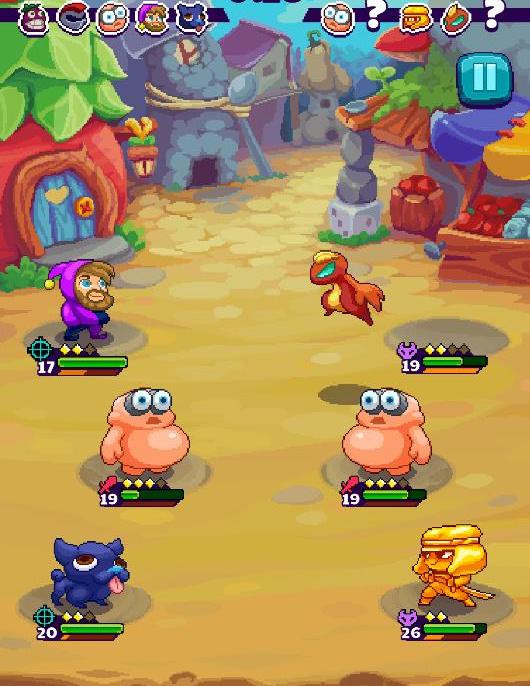 Test your roster of Pixelings in player-vs-player multiplayer mode.

Those familiar with Pewds’ previous games will recognize the hatchable Pixelings from Tuber Simulator. Now those creatures (and more) hold their own set of powers and help build the ultimate battle roster.

Playable in single-player or multiplayer, Pixelings is a turn-based RPG strategy game, and Felix showcased the game’s fluid combat system – highlighting the importance of swapping out your Pixelings – in this video.

While playing through one of the campaign missions, Kjellberg said that he was particularly pleased with the animation work. “All the animations are hand-drawn which I think is so cool,” he said. “I think that’s a really cool thing that I’m really proud of.”

Moreover, he confirmed that the initial release was just the start for the RPG, since “Brotown – which is the first area – is literally just scratching the surface of the game.”

He added: “There’s so many more pretty and cool Pixelings and areas and things in general… It took a lot of work to get this.”

There are a variety of in-game purchases that can be made to unlock more characters to expand your roster of Pixelings.

The game is available for free on the App Store and Play Store now.