In his August 3 Minecraft video, YouTube star Felix ‘PewDiePie’ Kjellberg was gearing up to take on an epic mob boss when he got extremely lucky with his item drops.

PewDiePie’s recent Minecraft videos have been blowing up on YouTube, as almost every single video in the series has gone on the trending page on the platform.

On August 1, The YouTube star assembled an army of 96 million pigs to help him take on a notorious boss called ‘Wither’. But in order to summon the enemy, he needed to collect several extremely rare items – which he managed to do during his August 3 video.

What is a Wither?

A Wither is a floating undead boss mob that attacks players with skulls that explode. He is the only hostile boss that can be created by players in the game currently.

Making the enemy, requires 4 blocks of soul sand that have to be arranged in a T shape, as well as three ‘Wither Skulls’ that are placed side by side on the top three blocks. However, obtaining Wither Skulls is pretty hard as they are a rare drop. 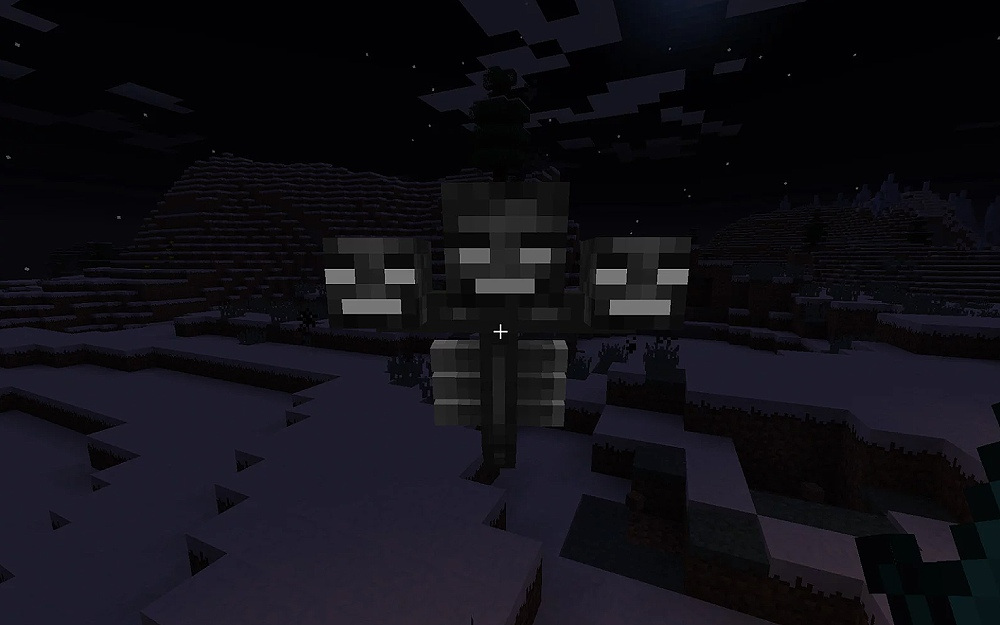 The three headed boss is what PewDiePie is working towards.
600[ad name=”article3″]

Wither Skulls can be found in the Nether after killing a Wither Skeleton. However the drop rate for them is as low as 2.5%, but can go up to 5.5% depending on buffs. The low drop-rates can make it extremely difficult to create the enemy.

In his August 2 video, PewDiePie managed to get the first skull from his first skeleton spawn. “Whoa! Whoa, I’m so lucky dude. Already!” he shouted with glee.

As if he wasn’t already lucky enough, a skeleton dropped another rare item immediately after the first one. “Oh my god. Dude. Looting three, baby!” the YouTuber beamed with excitement.

PewDiePie then ended up getting the third skull after being rushed by two Wither Skeletons at once in a frantic battle.

“AHHHHH!” he screamed as he hacked away at the enemies until they died, leaving behind the item. “YESSSS!”

Then to top it all off, the Swedish YouTuber even ended up getting a fourth one. “Oh. My. God.” he breathed in total disbelief when he realized how lucky he was.

The Swede’s battle with the Wither and his army of 96 million pigs is gearing up to be an epic showdown.