YouTube star Felix ‘PewDiePie’ Kjellberg couldn’t help but admit that he believes the plans to storm Area 51 actually make a lot of sense in a hilarious video discussing the fact that 800,000 people have joined a Facebook group agreeing to give it a go.

The Swedish YouTuber hosted his latest episode of Meme Review on July 15, where he discussed not just the plans for the public to invade the highly classified facility, but also memes involving Donald Trump, Elon Musk, and a number of other high profile names.

As he guided viewers through some of the funniest social media posts based on the Area 51 plot, he couldn’t help but agree with the premise of the outlandish plans. 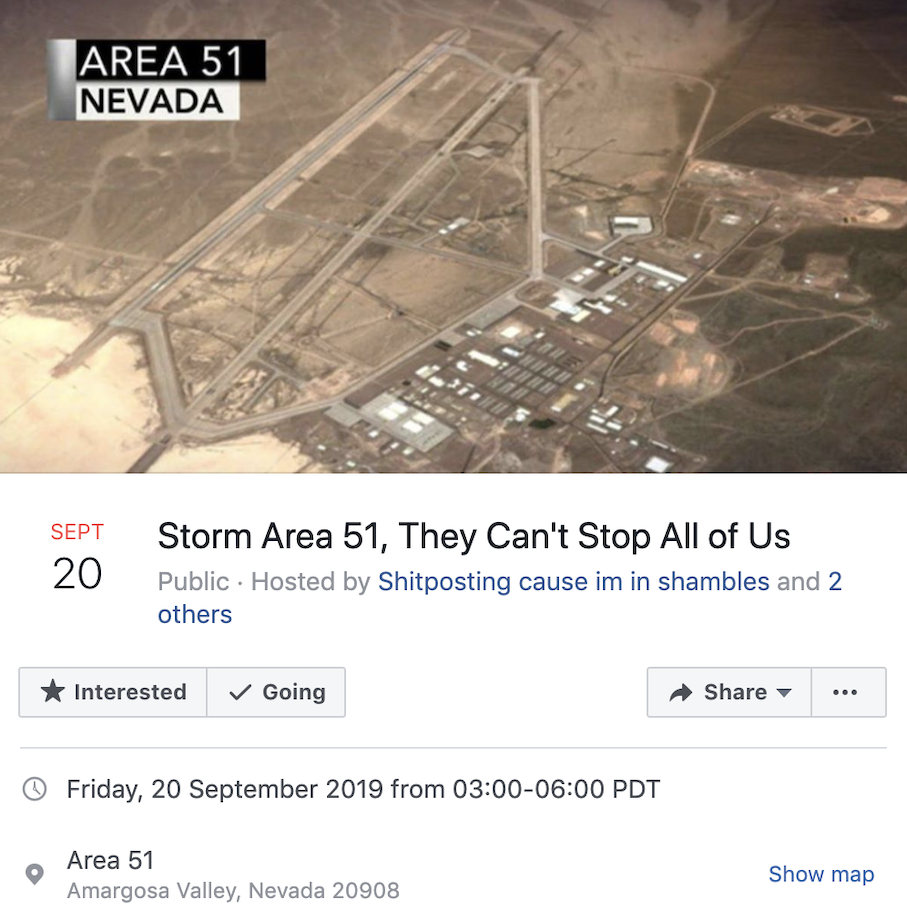 Over 1.2 million people, at the time of writing, have agreed to join the ‘Storm Area 51’ Facebook event.
600

“September 20… What are you doing?” he asked his audience, before continuing. “According to this Facebook group event, 841 thousand people are going to raid Area 51. That’s crazy. Storm Area 51, they can’t stop all of us? That actually makes a lot of sense!”

Trying to contain the laughter, PewDiePie then moved on to read over the description of the group event, which might have been even funnier than his first take on the situation.

(PewDiePie opens the following video with the ‘storming Area 51’ discussion)

“We will all meet up at the Area 51 Alien Center tourist attraction and coordinate our entry. If we naruto run, we can move faster than their bullets. Let’s see them aliens,” he read from the Facebook page.

Now, there’s a good chance that – much like many others across the world – that he also thinks that these plans are not just unlikely to happen, but pretty absurd as well.

Yet, he didn’t reveal that in the video whatsoever. In fact, he agreed! “What? I mean, I can’t argue with these facts,” PewDiePie said. “It truly, truly, amazes me.”

Now, while it’s highly unlikely that the plans will ever be put into action in September, PewDiePie never committed to joining the cause during the video. Instead, he showed fans some hilarious takes on the situation, collecting some of the best memes – as they would expect. 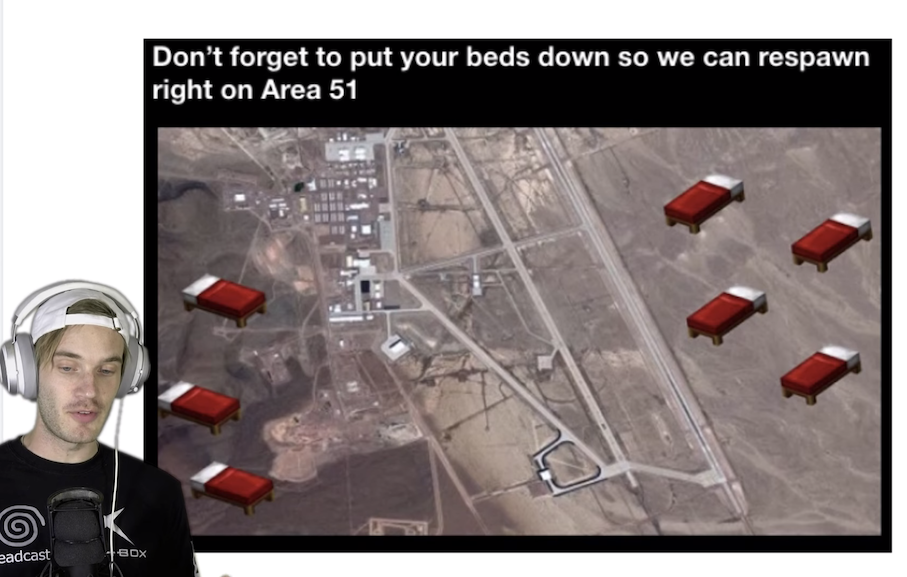 Of course, PewDiePie made space for a Minecraft meme during his Area 51 video.
600[ad name=”article5″]

The ‘Storming Area 51’ campaign has gone viral during the course of July and even now, with an official website and Facebook page being created to help inform others about what they plan to do later in 2019, it remains highly unlikely that it will ever come to fruition.

Unless they all agree to ‘naruto running’ across the Nevada desert, of course.