YouTuber Felix ‘PewDiePie’ Kjellberg’s Roblox account has been banned after he live streamed himself playing the game in an attempt to stay ahead of Indian music label, T-Series.

At the time of writing, PewDiePie is hovering around a mere 56,000 subs above T-Series, so the content creator turned to desperate measures by streaming Roblox in an attempt to widen the gap.

Pewds put together a pretty popular game of Roblox as his server had more than 15,000 concurrent people playing alongside the YouTuber. 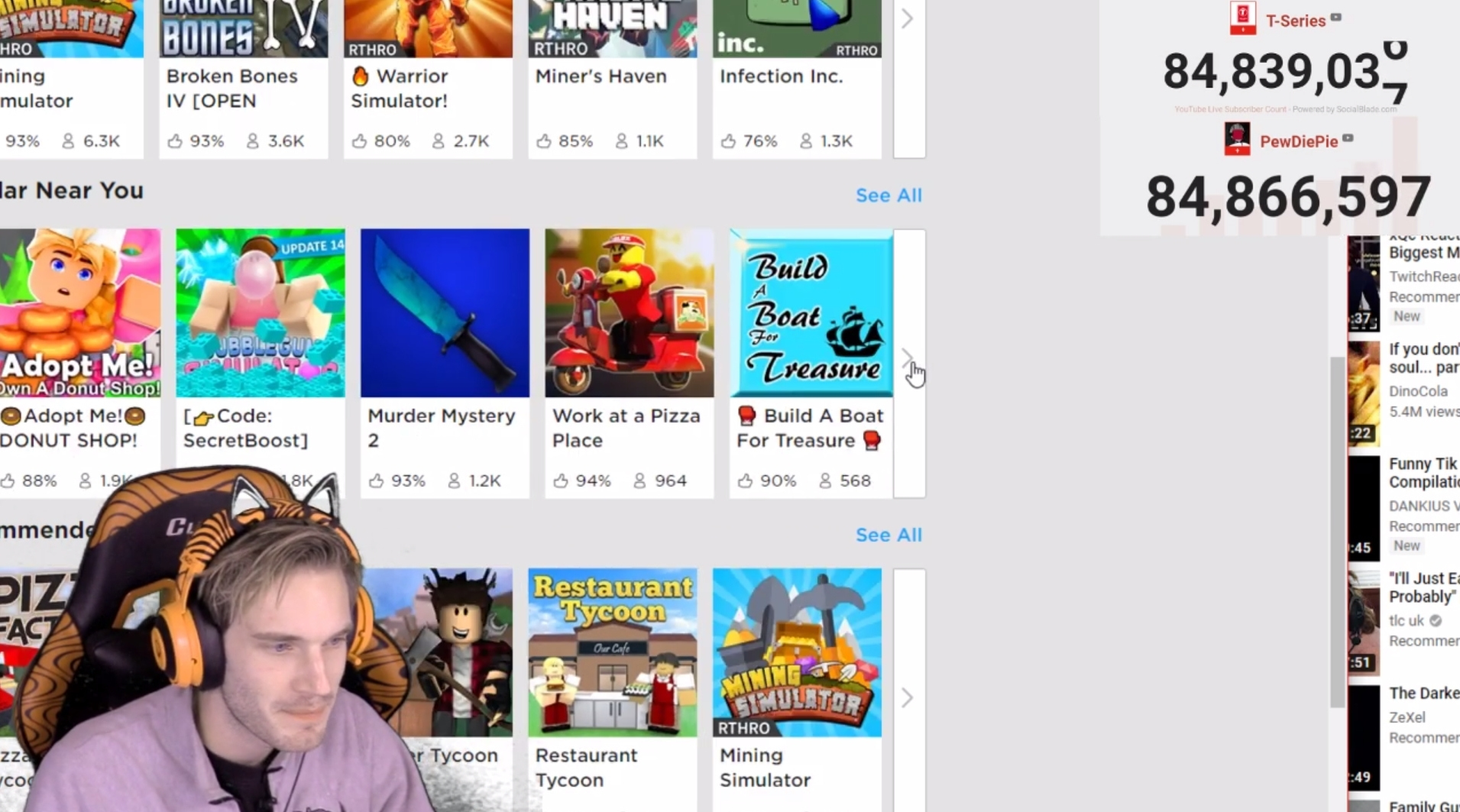 PewDiePie was banned shortly after livestreaming Roblox on his channel.

The ban was another entry in a list of apparently puzzling mod choices from the Roblox team, as fans voiced their confusion on the ban which led the devs to give a response.

Although there is skepticism on the legitimacy of the user’s status as a staff member at Roblox, PewDiePie’s account, ‘pewdie123t32,’ and Roblox game server have been disabled.

Sources close to the Roblox Corporation has told YouTuber ‘greenlegocats123’ that the company “does not moderate people for off-site activity.” A rule that greenlegocats123 highlights as the reason why users believed to be pedophiles have kept their accounts, since their wrongdoings were done on other sites.

I've been told by very reliable sources a few times that Roblox does not ban pedos such as Jordy24097 and DjMykal because what they do is off-site, but then they say thid about PewDiePie? pic.twitter.com/wUTTeaFmiP

Unfortunately, Roblox fans are accustomed to questionable moderation decisions from the Roblox devs, but fans are speculating that this ban might be a bit more personal than others.

T-Series is drawing near to eclipsing the Pewd’s sub count, and it doesn’t seem like the Swedish YouTuber will get anymore support through Roblox content.