The sniper, known on Twitch as tctroy0, had become well-known among the community for forcing his way into the matches of popular streamers in an attempt to kill them early and ruin their game.

In a previous version of this article, it was stated that tctroy0 had faced no repercussions for his behaviour from either Twitch or Epic Games. The streamer regularly deleted his streams and clips from his channel, but it appears that Twitch has finally caught up to tctroy0, as his channel has been removed on Tuesday, January 29.

It appears that tctroy0’s actions on Friday, January 25 may have been what brought him to the attention of Twitch, as he was again attempting to ruin streams and broadcasting his efforts as he looked to join popular personalities’ Fortnite games.

In one clip, a friend can be heard telling tctroy0 to join Fortnite‘s North American East servers as Team SoloMid’s Brett ‘Dakotaz’ Hoffman was playing on them, with tcttroy0 specifically asking: “Who are we sniping?” before loading up Dakotaz stream and attempting to queue into his match.

The stream sniper also broadcasted himself watching AvaGG, waiting for her to join a new game so he could attempt to get in it.

When AvaGG did finally get into a game, tctroy0 was there too, performing a spectator glitch so that his Fortnite username popped up constantly on the bottom left corner of her stream. 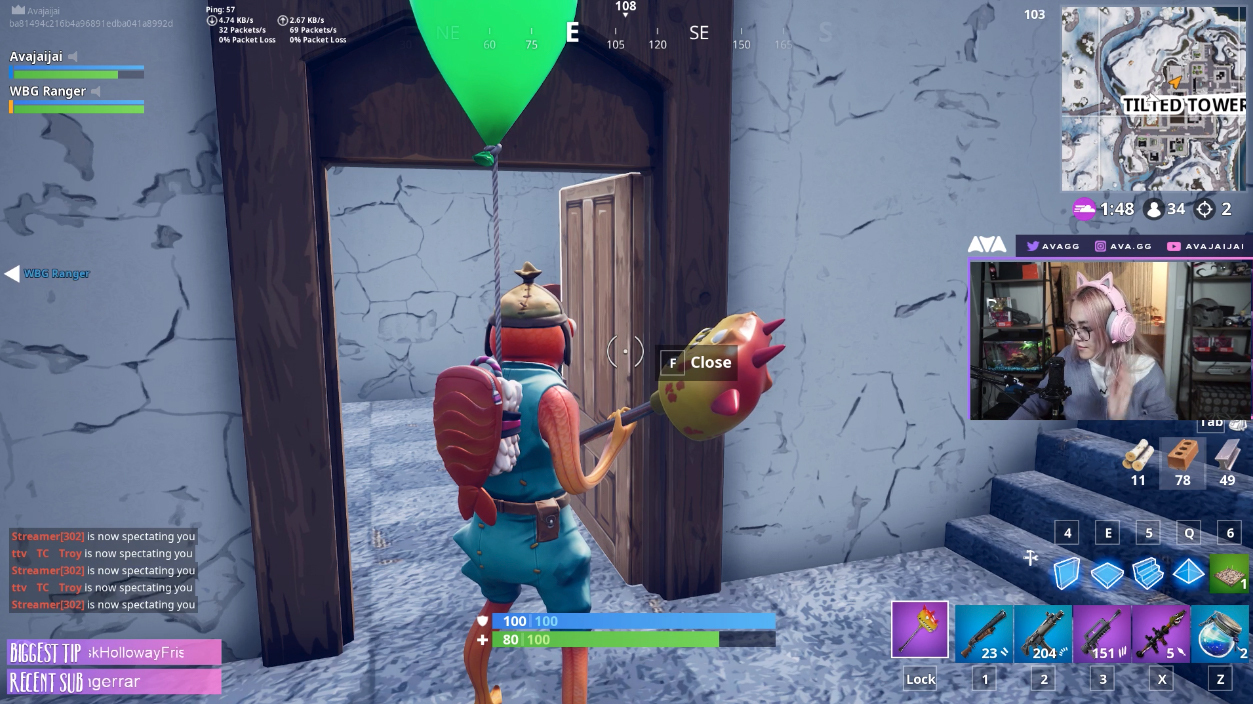 Tctroy’s Fortnite username can be spotted multiple times in the killfeed.

Tctroy0 has also targeted FaZe Clan’s Turner ‘Tfue’ Tenney, who has quickly become one of the biggest names on Twitch since the release of Fortnite.

During a broadcast on January 19, the sniper addressed Tenney directly, stating: “What’s up Tfue! I got in your game first try pussy.”

Stream snipers have been a major issue for streamers attempting to broadcast Fortnite, as the game’s massive popularity amongst Twitch viewers makes those streaming it a prime target for harassment.

There have been numerous calls from players Tfue and fellow Twitch star Tyler ‘Ninja’ Blevins asking Epic Games to ban stream snipers from the game permanently, as they believe that streaming sniping breaks the Fortnite Code of Conduct.

With tctroy0’s Twitch channel now deleted, it will be interesting to see if he attempts to return to the platform under a different alias, or if he will stop sniping streamers and trying to ruin their broadcasts.