It’s still battle royale that is his home ground, though, regardless of where he finds himself outside of streaming. Yet, not everyone is a fan of his or Epic Games’ popular title – and some have made that pretty clear in his newest YouTube collaboration with WIRED Magazine.

Ninja swapped Twitch for Mixer and remains as one of the biggest streamers around.

The pair joined forces for another installment in WIRED’s popular Tech Support series, with Ninja helping people out with Fortnite via a Twitter question and answer session.

As it stands, the October 30 upload has been viewed over 129,000 times with nearly 6,000 likes, but with over 3,300 dislikes. Many of the top comments on the video question why WIRED partnered with Ninja on a video, while others have noted the strange dislike ratio.

Yet, it appears as if history is repeating itself all over again. 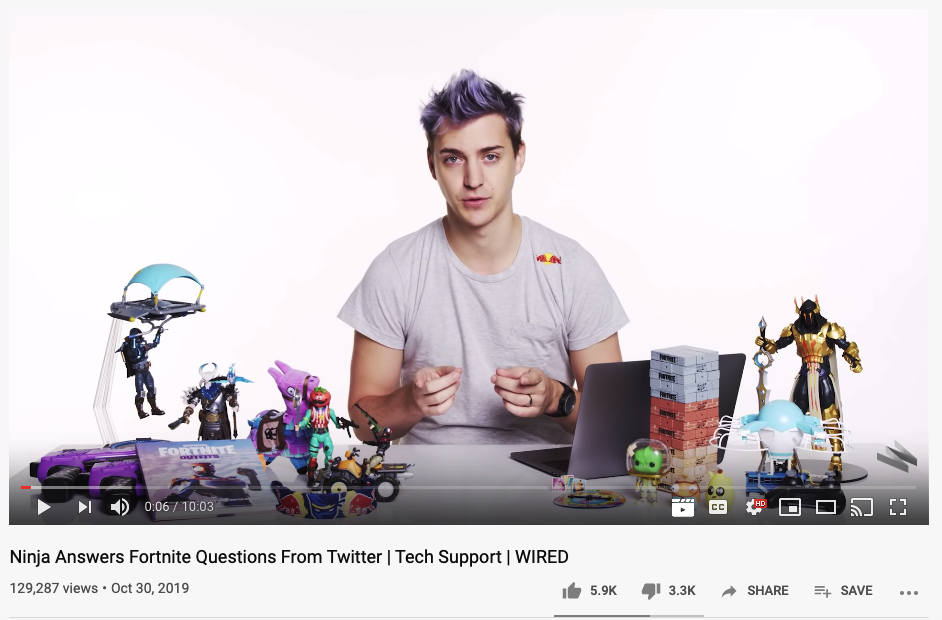 As of writing, Ninja’s video has been hit by a string of dislikes.

Ninja and WIRED joined up for an interview prior to his infamous New Year’s celebrations in New York, with that video also receiving a slue of dislikes compared to likes.

One Redditor, TheTroyFields, stepped forward to explain why that was the case, adding that people were doing it in order to troll Ninja’s name and brand. However, despite the negativity, it wouldn’t hurt Ninja all that much anyway.

Regardless of how popular the streamer is or Fortnite, there are always going to be people who aren’t massive fans of him, or the game, for one reason or another.

That likely won’t bother him or Epic Games all that much anyway considering their popularity are on different levels to any of their competitors.