Ninja explains why esports will eventually be in the Olympics

While on his promotional tour for his new book ‘Get Good’, Mixer star Tyler ‘Ninja’ Blevins was asked by paparazzi outlet TMZ about his thoughts on esports becoming an Olympic competition.

Ninja is having one hell of a year with his lucrative deal with Mixer which saw the Fortnite titan shaking up the industry by leaving Twitch for its Microsoft owned competitor. He also released his book Get Good on August 20, which quickly became a bestseller.

But while promoting his novel in New York, the popular streaming personality was asked by TMZ about the hurdles esports faces in becoming an Olympic sport, and his reply was interesting.

The 2020 Olympics are being held in Tokyo. Could esports be added?
[ad name=”article2″]

While walking around New York City, Ninja was stopped by paparazzi who asked him his thoughts on esports and the Olympics.

“What’s it going to take get esports into the Olympics? The 2024 games is being considered as a demonstrative sport. What do you think it’s going to take to get esports as like an official Olympic sports?” the cameraman said.

The Fortite pro replied insightfully and said, “For me I think it’s just going to be time. I think that obviously the younger generation who enjoys esports, and enjoys watching video games, eventually that’s what they are going to want. And that’s what the TV people will obviously want to show and represent, so just give it a little bit of time and esports will be there.”

The paparazzi then brought up the fact that sports like skateboarding were around a long time before it was finally added to the Olympics, and asked if esports would take that long or if it could be added by 2020 due to its popularity.

When asked which country would “dominate in the inevitable esports olympics”, the streaming star quickly said South Korea and Japan before adding, “Brazil for Counter Strike. Depends which games are going to be in, we don’t know yet, so we will figure it out.”

His thoughts on Minecraft vs Fortnite

The cameraman managed to squeeze one last question in and asked the Mixer star what the next big game will be that replaces Fortnite, citing Minecraft’s explosion in popularity.

“Minecraft is massive!” the streamer agreed. “Minecraft has always been the biggest game ever. But I think Fortnite has had the craziest explosion ever. And there aren’t going to be many games that will be able to do what Fortnite did in the short amount of time that it did.” 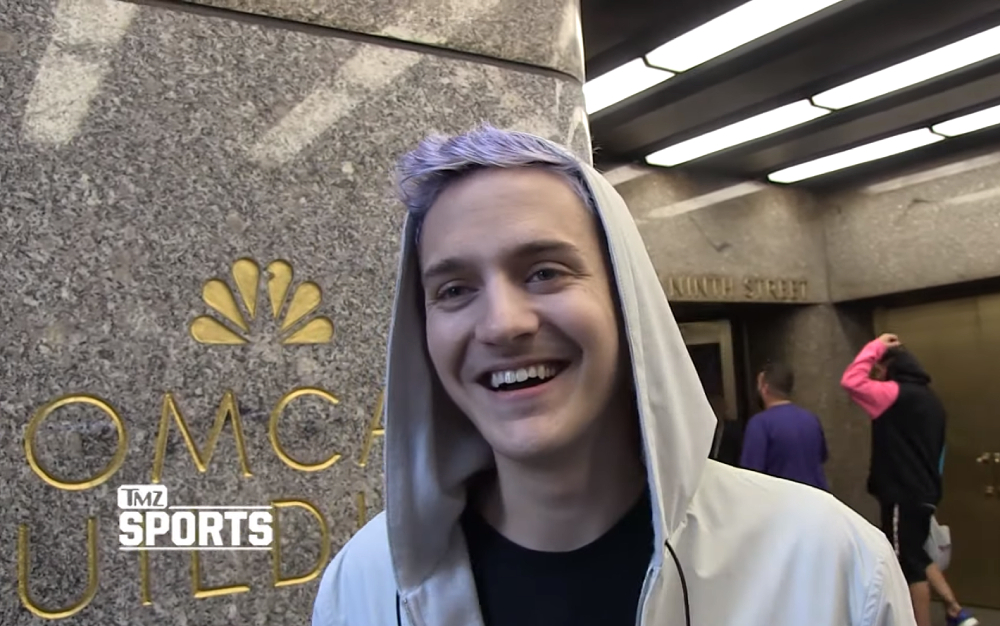 TMZ ran into ninja in New York, where he broke down his thoughts on esports in the Olympics.
[ad name=”article5″]

With the recent Fortnite World Cup seeing millions of viewers tuning in to see Bugha take 30 the million dollar prize, and esports being projected to make $1 billion a year by the end of 2019, the livestreaming superstar might be right that it’s only a matter of time before esports gets added to the global competition.

As of the time of this article, Ninja has amassed over 2.2 million subscribers on his Mixer channel.