Ninja accuses Fortnite opponent of hacking – turns out it was Tfue

As the winningest Fortnite player ever in terms of tournament earnings, Tfue managed to wipe out all of Ninja’s squad, with the exception of Ninja himself. 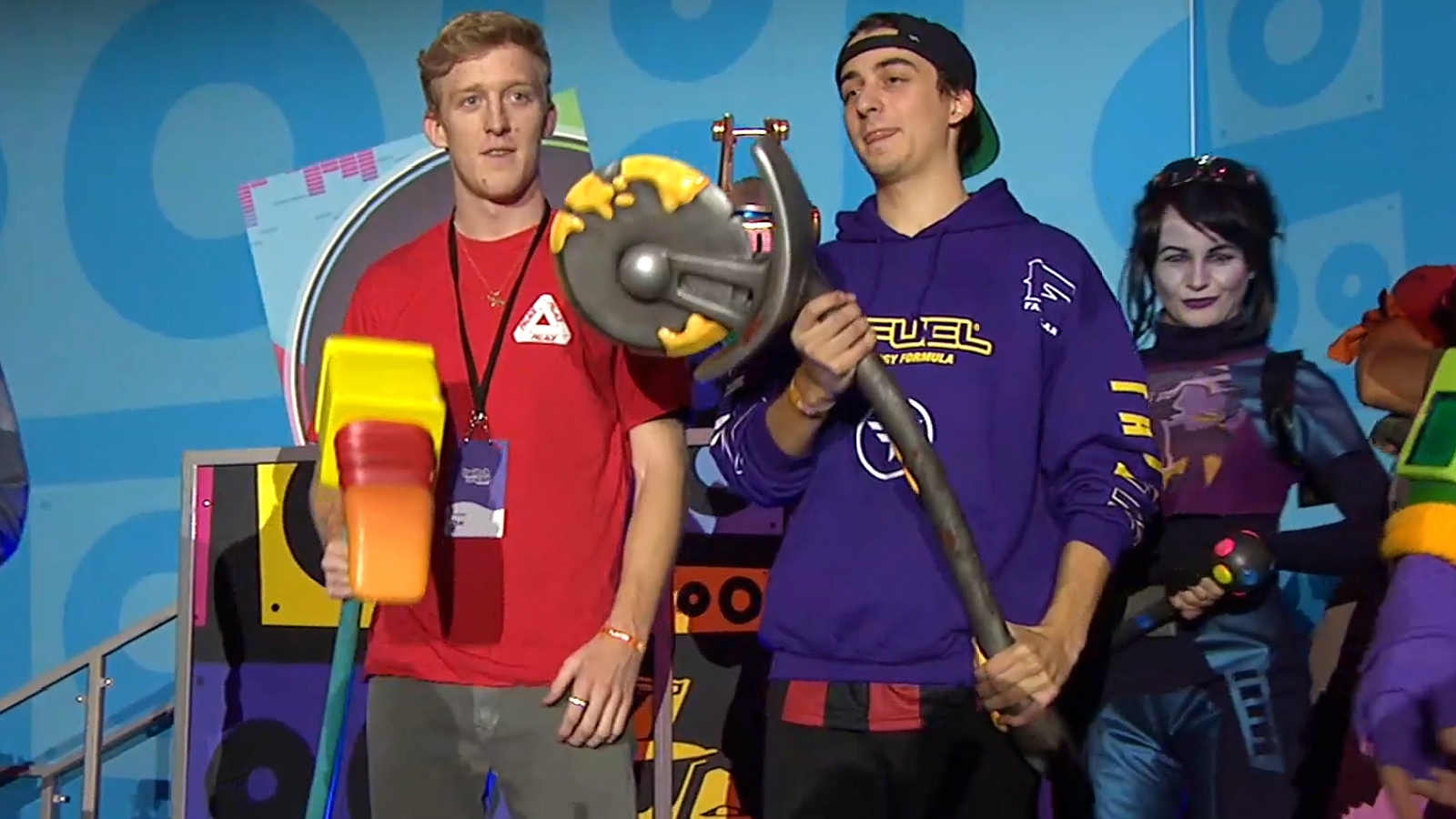 Tfue eventually appeared to just give up on the fight, going for a flashy play with balloons and simply falling to his death, but his incredible plays had got Ninja’s suspicions raised.

Unaware that it was in fact Tfue (all players were using ‘streamer mode’ to prevent stream snipers, so their names were concealed), Ninja was convinced that it was a hacker.

“I’m going to go into theater and report your ass bro – literally didn’t miss a shot on me the entire time” Ninja said, before looking to his chat, who informed him of the opponent’s true identity, “Was that actually Tfue?”

You can see Tfue’s perspective in the clip below, where he also seems unaware of who his opponent was, before going for the flashy balloon trick shot.

Ninja can hardly be blamed for his mistake however, considering the increase in hackers that have been noticed in Fortnite, particularly in the more competitive ‘Pop-Up Cup’ playlist.

After the match, Blevins explained to his stream why he had initially believed the player was hacking, commenting on the ‘laser’ like shots.

It’s also testament to just how good the FaZe Clan player is, that even a high level player like Ninja would think he is hacking the game to hit his extremely accurate shots.