Although controversial YouTuber Jake Paul is allegedly tying the knot with fellow content creator Tana Mongeau, that wasn’t always the case: in 2018, Paul was in a long-term relationship with music artist and model Erika Costell, who parted ways with the YouTube star in November 2018.

While it took Paul some time to get over their split (hello, his “I’m Single” track), it appears that he’s finally moved on – but one big-time face in the fighting industry might have his eyes on Paul’s ex.

MMA fighter Dillon Danis has engaged in verbal sparring with Paul on a number of occasions, after the YouTuber called him out for a boxing match following the Logan Paul vs KSI bout of summer 2018.

Now, a year later, it looks like things are heating up between the two once more – and possibly between Danis and Costell, as well.

Danis posted a photo to his Instagram story on July 14, where he posed with Costell and a group of other influencers, leading to some understandable speculation among fans as to why the ex-Team 10 member was being so friendly with Paul’s rival. 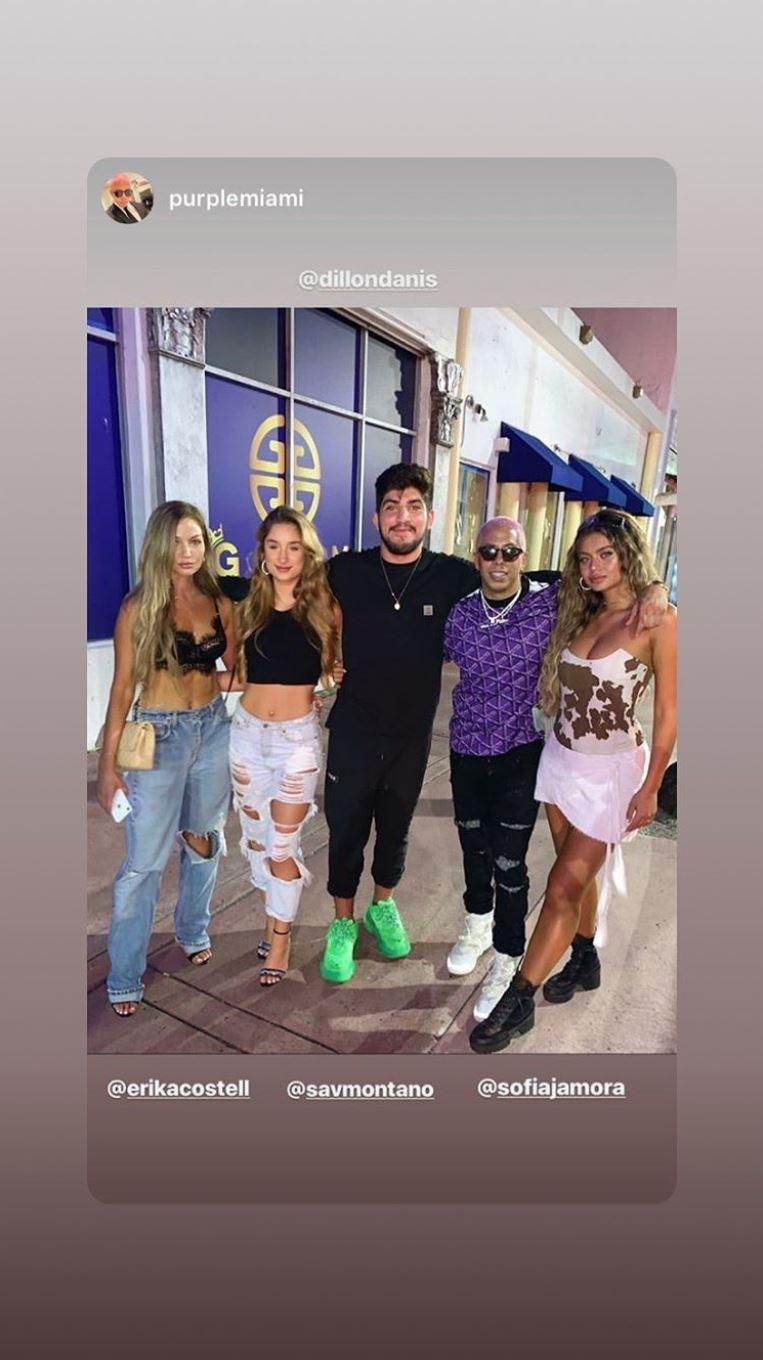 Danis was caught posing with Erika Costell for an Instagram photo – a pic that he posted to his own Instagram story shortly thereafter in wake of his spat with Jake Paul.
500[ad name=”article3″]

Danis’s photo with Costell follows his recent Twitter spat with Jake Paul during the same month, after Paul allegedly slid in the DMs of Danis’s girlfriend.

“You really wanted to marry my girl but she swerved your ass,” Danis wrote of the incident.

Now, it seems like Danis is trying to get back at Paul by getting cozy with his ex – but he wouldn’t be the first of Jake’s rivals that Erika has been involved with, as of late.

In fact, Costell was allegedly set to release a collaborative video with YouTuber KSI, a noted rival to both Jake and Logan Paul, considering their summer boxing fight in 2018.

While it seems that nothing has yet come of this proposed project, one thing’s for certain: Erika Costell has moved on to greener pastures due to her modeling career, while Jake Paul’s alleged engagement to Tana Mongeau could be in hot water, thanks to his suspicious message toward Danis’s amore.