Controversial YouTuber Logan Paul spontaneously threw a massive track and field event featuring the net’s biggest entertainers – but his “Challenger Games” didn’t go off without a hitch, thanks to his serious leg injury.

The YouTuber uploaded a video two days before the Games were scheduled to go live, where he revealed that he’d pulled his hamstring after guarding rapper Snoop Dog during a charity basketball game.

“I told myself I was gonna go easy, and I didn’t,” Paul said of the incident. “Can you imagine having to go to the sidelines and tell your coach – who happens to be 2 Chainz – that you’re the one guy who pulled a hamstring at a charity basketball game?”

However, this injury didn’t dissuade Paul from taking part in the competition on July 27 – but it did put a damper on his performance, causing him to limp after running out of the starting blocks during the 100 meter dash.

In fact, the YouTuber further damaged his leg after deciding to take part in the 4×100 meter relay shortly thereafter, making for a gruesome series of bruises that he shared to Instagram on July 30.

According to his caption, Paul sustained “multiple hematomas” (otherwise known as bleeding outside of the blood vessels) alongside his pulled hamstring.

“MULTIPLE HEMATOMAS AND A PULLED HAMSTRING, YAY,” Paul humorously wrote of his injury. 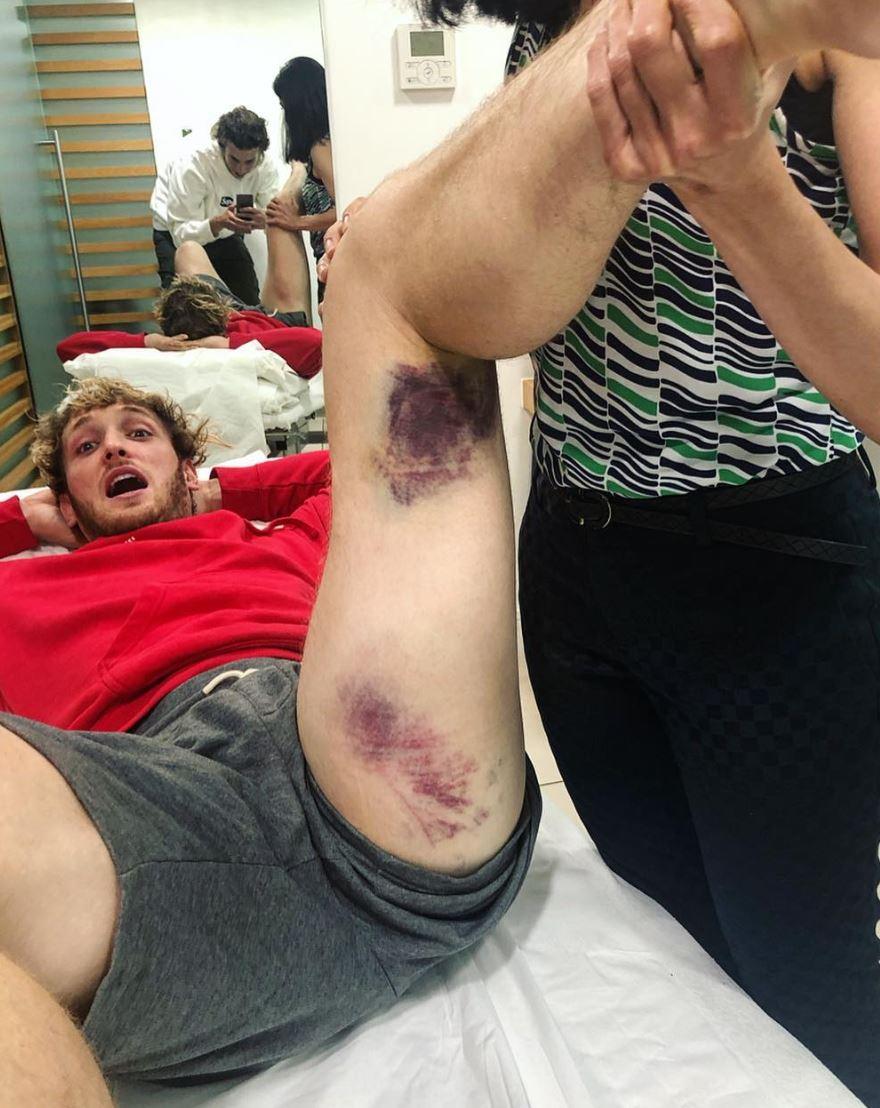 Logan Paul gave fans a gruesome look at his hamstring injury in an Instagram post on July 30 – and it’s worse than anyone imagined.
600https://www.instagram.com/p/B0jLxcUp7NX/?utm_source=ig_web_copy_link[ad name=”article4″]

Paul wouldn’t be the only YouTuber to have suffered a leg wound ahead of the Games, either: his little brother, Jake Paul, painfully sprained his ankle during a casual basketball game on a trip to Aspen, Colorado – although his injury didn’t see him take a dive during a race.