After months of teasing his project, Paul finally released the documentary on March 20, giving viewers a unique look inside the Flat Earth community through the lens of the Maverick squad.

In keeping with his previous statements on the doc, Paul and his team went “undercover” at the Flat Earth International Conference in Denver, Colorado, where Paul interviewed a series of self-proclaimed Flat-Earthers.

However, the video wasn’t as originally advertised; instead of being a legitimate documentary on the Flat Earth community, it plays more like a drawn-out comedy sketch, with some unintentionally hilarious bits mixed in with faux-dramaticized cuts (not including Paul being asked about the size of his Richard toward the end of the film).

Paul’s documentary garnered ample criticism ahead of its release, with the likes of popular YouTuber Ethan Klein claiming that Paul had ripped off Shane Dawson’s multiple highly-acclaimed YouTube series. 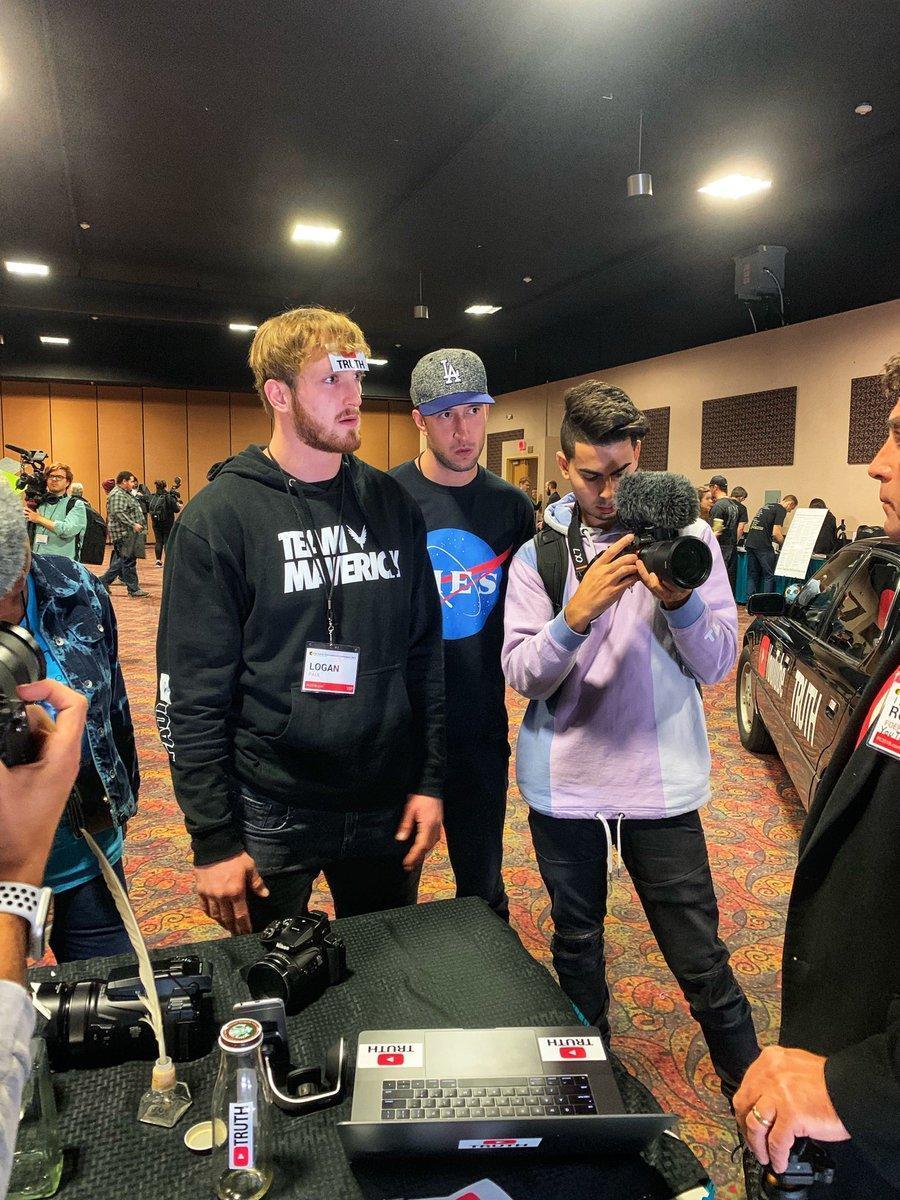 Logan Paul’s presence at the Flat Earth International Confrence stirred up controversy, as some viewers felt it was the setup to a massive prank.
[ad name=”article3″]

Even the Flat Earth Society came out with a statement following Paul’s presence at the conference, claiming that the YouTuber has no affiliation with the group and that the FES themselves have no ties to the Flat Earth International Conference.

As of the time of publishing this statement, TFES has not been in contact with Logan Paul, and we have no intention of offering him membership or otherwise affiliating with him. Claims that Logan Paul is a member of TFES or that he may be considered for membership are untrue.

This is just the latest of Paul’s current projects, which include the animated series ‘Choch Tales’ and his collaborative series with YouTuber Dwarf Mamba, ‘Best Friends’ – alongside an upcoming musical project, which has yet to be released.

Paul is likewise set to box YouTuber KSI in November 2019; however, their bout may be cancelled, after KSI claimed to be more interested in throwing down brother Jake Paul, instead.