Rather than being a legitimate documentary on the Flat Earth community, Paul’s film played out more like a comedy sketch, featuring hilarious moments between the cast and an obviously scripted dialogue.

Paul opened up about the making of his ‘mockumentary’ in a video on March 28, where he admitted that the film had been created as an insult to his critics in light of his recent scandals.

“Part of the reason I made it – it sounds bad – it was kind of like a ‘fuck you’ in a way,” Paul said of the project. “…this was my way of tricking every single person who wanted to hate me.”

The YouTuber went on to explain the difficulties in keeping the joke a secret, claiming that he had to put on a charade as a Flat Earther after making his speech at the Flat Earth International Conference in November 2018.

“It was so hard to stay in Flat Earth character for so long,” he continued. “I was getting railed for being a Flat Earther.”

He likewise responded to backlash resulting from the film, which caused some critics to accuse him of taking advantage of the Flat Earth community for his project.

Paul’s initial appearance at the Flat Earth International Conference made waves across the internet, with many believing that he truly believed in the Flat Earth theory.

Paul himself even teased the possibility in a podcast with ‘The Corridor Crew’ in January 2019, claiming that, “You two could be sitting in front of a Flat Earther right now.” 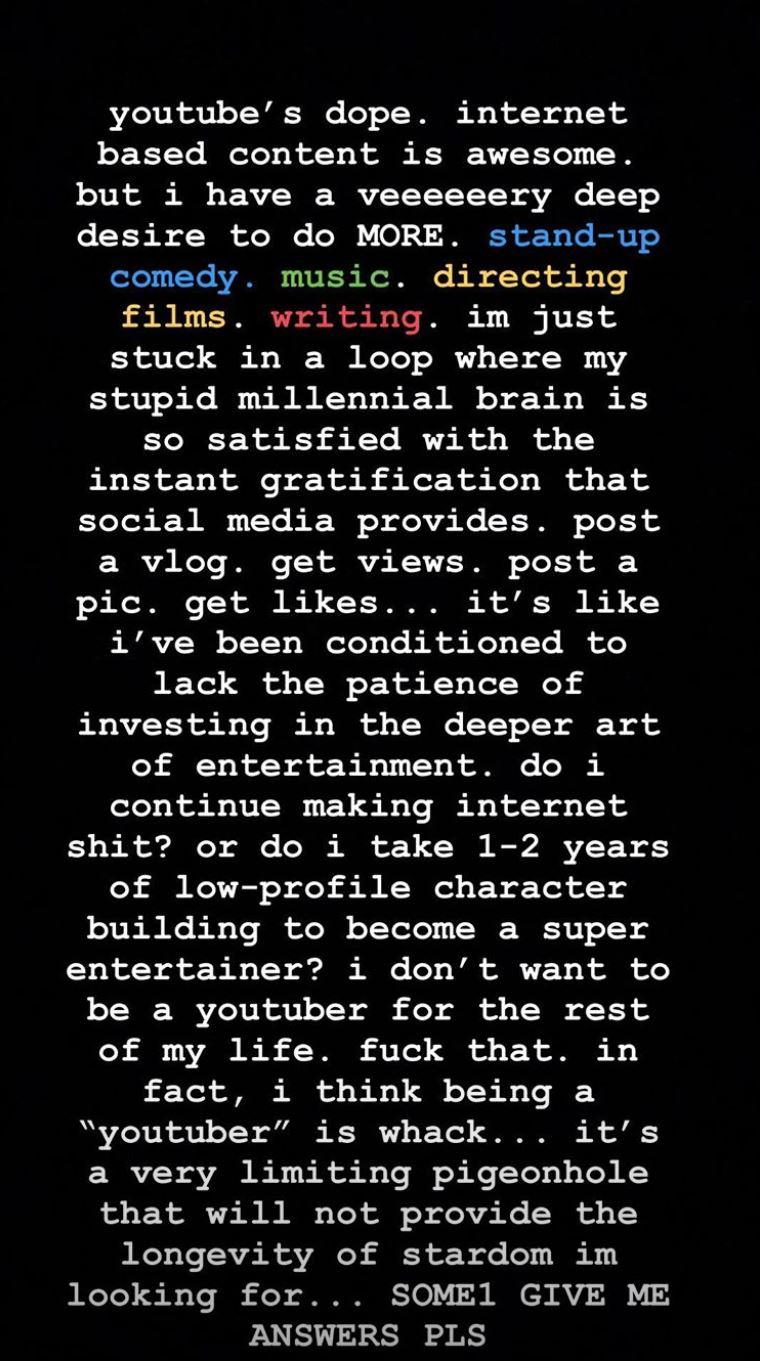 Logan has since expressed a desire to step away from YouTube, stating that he wants to “do more” and branch out into music, filmmaking, and comedy in an Instagram post on March 23.

While Paul teased a one to two year break from the platform, he continues to upload videos in the interim ahead of his boxing rematch with YouTuber KSI.