There is just over a week to go before YouTube stars KSI and Logan Paul attempt to knock each other out in front of millions in the Manchester Arena, and the two are battling a war of words in the build up.

Since the last press conference, held in London and resulting in Logan Paul walking off stage after barely saying a word, the two have been hard at work in training, preparing for August 25.

After the press conference, their ‘face-to-face’ video was released, as the pair sat down to discuss their differences, mediated by world champion boxer Johnny Nelson.

And of course, being the YouTubers they are, there has been plenty of videos building up the fight and taking digs at one another. On August 16, Logan took to Twitter to outline his plan for when he steps in the ring.

Back in their face-to-face meeting, Logan predicted he would knock KSI out in the third round, so it looks like he is growing in confidence, since it is now three punches rather than three rounds.

KSI, never one to back down from a Twitter argument, fired back quickly, suggesting Logan is scared and that his boastfulness on social media is a cover up.

The Brit doesn’t give a prediction for when he will take Logan down, but neither of them seem to be lacking in confidence, at least when it comes to Twitter. 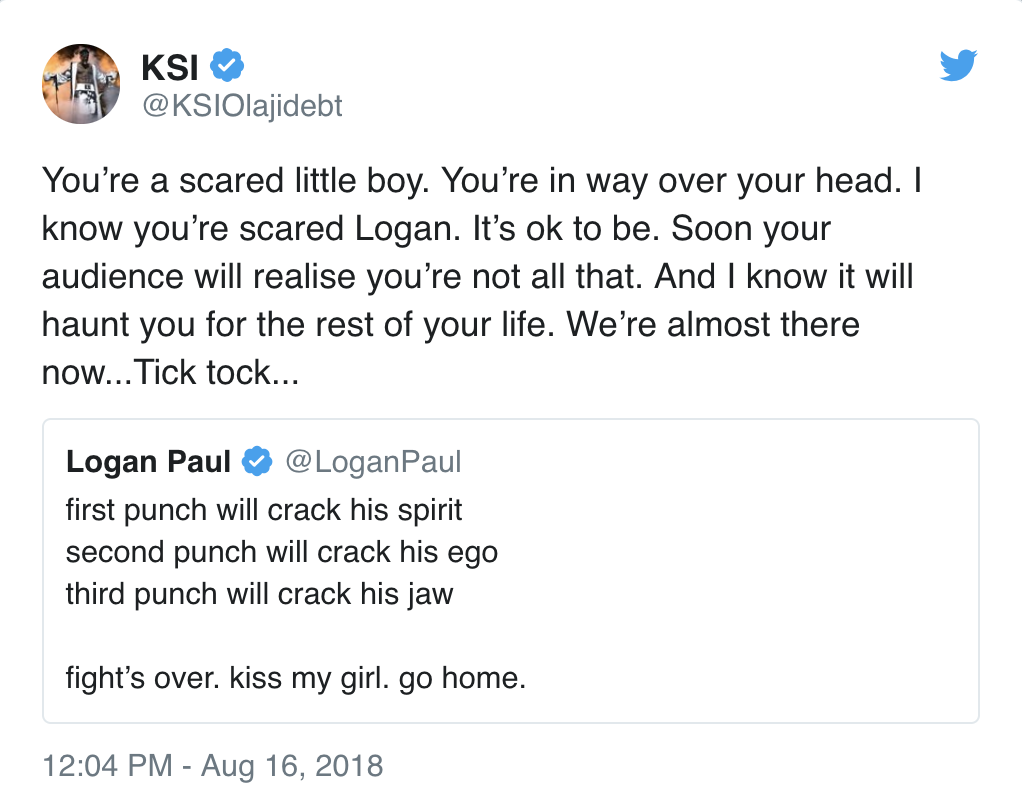 KSI does perhaps have a slight edge over Logan given his experience in the match against Joe Weller, although admittedly Weller didn’t put up much of a fight in the end.

Logan is certainly physically more imposing than Weller too, and stands taller than KSI, with a reach advantage to boot.

But the Twitter fingers will soon be clenched into fists and put to work on August 25, when fans will finally see the beef settled one way or another.