KEEMSTAR claims to have new “dirt” on Alinity and Twitch staff

Drama Alert host Daniel ‘KEEMSTAR’ Keem claims to have found the “dirt” that streamer Alinity Divine allegedly has on Twitch staff, and says he will expose it to the public.

Alinity came under intense scrutiny when viewers of her stream reported her to Twitch and animal protection services after clips emerged of her throwing the pet over her shoulder carelessly and feeding it vodka directly from her mouth.

While viewers, fellow streamers, and even PETA have called for her to be banned from the site, her channel remains active, prompting some to believe that she must have something over Twitch staff due to the number of rules she has apparently broken, without receiving any punishment. 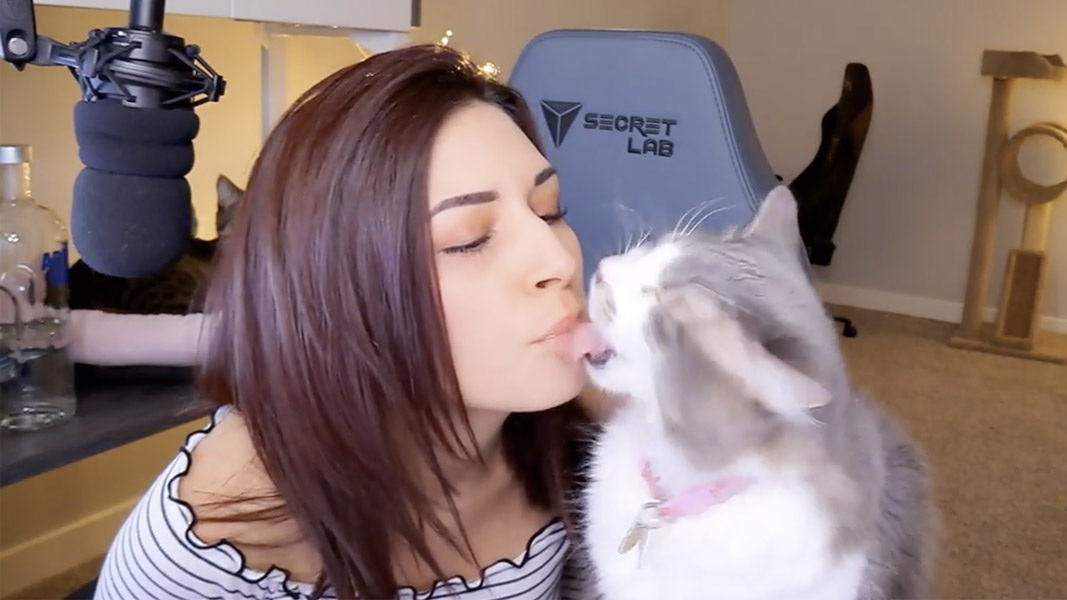 Alinity’s treatment of her cat has come under severe scrutiny.
[ad name=”article2″]

Now, it appears that KEEMSTAR is lending credence to these claims, tweeting on July 24 that he has found what Alinity allegedly has over members of Twitch’s staff, and intends to make it public.

The 37-year-old tweeted: “I know the dirt you have on these Twitch staff Alinity! You won’t have that dirt forever (because) I’m about to drop it! Dear Twitch staff hire your divorce attorneys now!”

KEEMSTAR’s comments appear to insinuate that Alinity has knowledge of activities undertaken by Twitch staff that may have a negative effect on their marriages, but refrained from revealing what they could be at the time of writing.

I know the dirt you have on these twitch staff @AlinityTwitch !!!

You wont have that dirt forever! CUS IM ABOUT TO DROP IT!

The streamer was also forced to deny that she had written a comment on Discord that said she had spoken to Twitch and she wouldn’t be punished, but that those who had been “harassing” her may be, calling them “dubious” and saying that people sharing them were “pretty mean spirited.”

Alinity’s position on Twitch remains uncertain, as does her ownership of her pets, with the Saskatoon Society for the Prevention of Cruelty to Animals (SPCA) confirming that they are investigating the Colombian.

While KEEMSTAR states that he plans on exposing the information he has on Alinity, the YouTuber gave no hints as to when or how he will do so. It’s likely that he will dedicate a full episode of Drama Alert to the situation.