It’s no secret that the internet can be a vicious place, no matter who you are – but for social media personalities, bullying can get especially severe, as one Twitch streamer experienced during a live broadcast.

Some viewers of popular streamer ‘Mizkif’ were browsing Twitch’s ‘Just Chatting’ category in his offline chat when they came across another streamer named ‘OnlySonic,’ who was being relentlessly harassed by a bully during an April 11 broadcast.

The bully, going by the screen name of ‘xiedahgoo,’ made a slew of rude and deplorable comments about OnlySonic’s face, calling his appearance “disfigured” and “fucked up.”

OnlySonic became the victim of targeted online harassment, after one viewer spat hateful vitriol at the streamer due to a birth defect.
600https://imgur.com/rYuvNpX

Hitting back at online harassment

“You know what, I’m not gonna sit here with one of my daily lessons,” OnlySonic said of the issue, later apologizing for the user “spamming his chat” with hateful remarks and claiming that such harassment doesn’t “usually happen” on his streams.

OnlySonic went on to explain that he had been born with a birth defect, which prompted further vitriol from the bully – until a few good-hearted viewers from Mizkif’s online chat stepped in to remedy the situation.

Good-hearted viewers save the day

Mizkif’s viewers flooded OnlySonic with positive messages and encouragement, even attempting to get him in duos with Mizkif in popular MOBA game Smite – prompting an enthusiastic reaction from OnlySonic in the process.

“Play Smite with Mizkif?” Only Sonic said of the possibility. “That’d be fuckin’ awesome. I know Mizkif. I mean, I know of him.”

“…he handled it like a god,” one commenter wrote. “The ‘!face’ command as a response is just perfect, shows the toxic commenter that his words don’t do shit to this guy! I wish him well in his streaming career!”

Update, April 13: Responding to this story and the widespread outpouring of support for OnlySonic, the community has helped reach his donation goal of $1,600 to buy a “actual gaming PC”.

OnlySonic explains that he couldn’t believe when his viewers helped him purchase a microphone and stand for only $100, never mind enough for a new rig.

In a positive turn of events, the bully was later banned from Twitch due to his comments, marking a warm victory for OnlySonic in light of the harassment.

OnlySonic’s situation prompted a slew of sympathy across Reddit, with users commending the streamer for handling the situation with poise and vehemently decrying the bully’s actions. 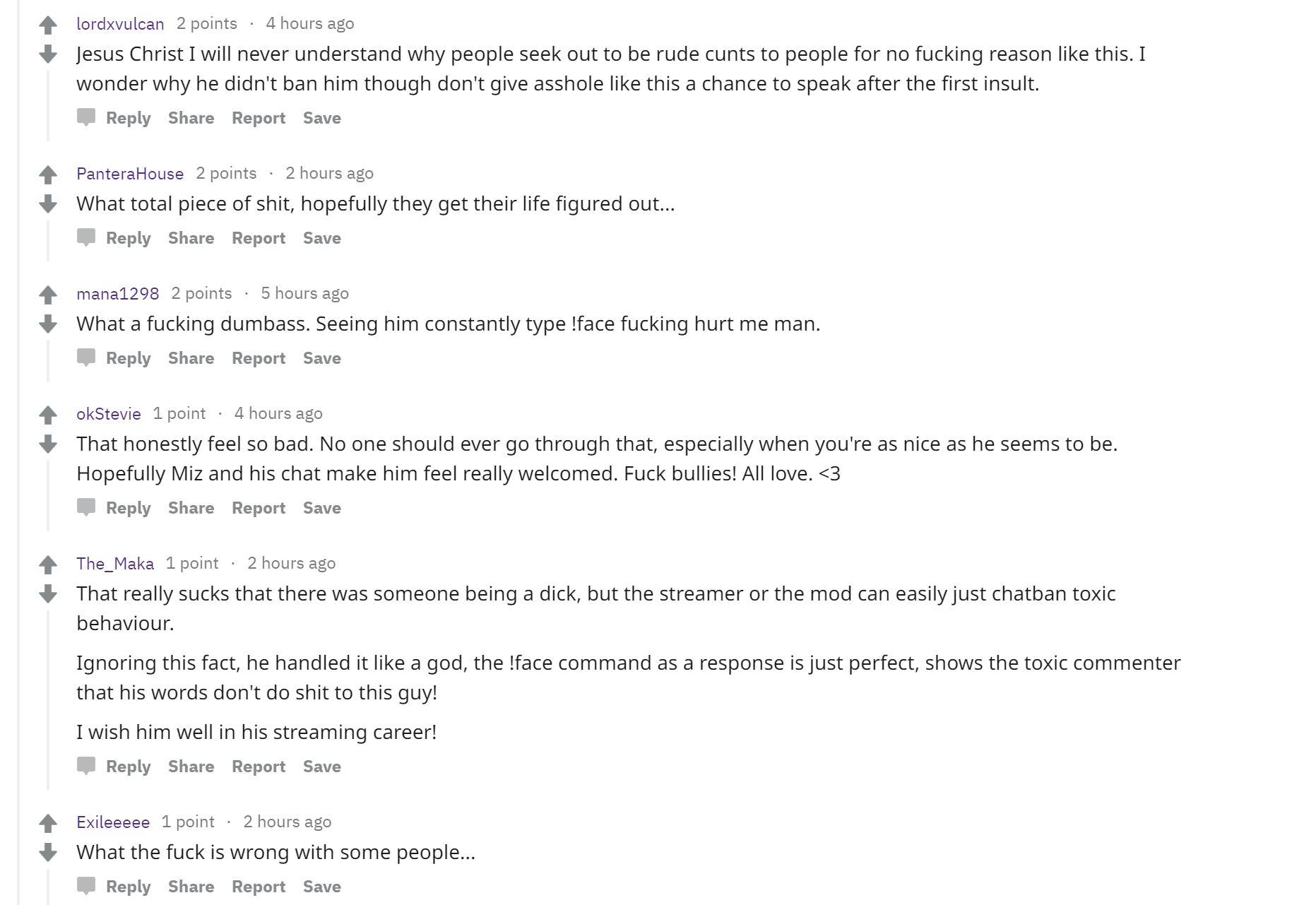 Commenters across Reddit spoke out against the harassment against OnlySonic, with others commending his handling of the situation.
https://www.reddit.com/r/LivestreamFail/comments/bcd8px/onlysonic_got_quite_heavily_bullied_by_a_viewer/
Advertisement