How to use the viral Gradient face app for free

The new face morphing app Gradient has been making the rounds on social media lately and it’s easy to install and start using – but not something you want to forget about after the memes are done.

Gradient has users upload a photo – of themselves or someone else – and turns it into a four-panel fade from the original to a celebrity photo.

Images have been popping up from the app on Twitter, Instagram, and Reddit from the app, which now sits at the top of the Apple App and Google Play stores.

The app itself is easy enough to install and start using: simply download it from your respective app store and install on your device.

Before you can upload a picture to morph, Gradient requires you to “UNLIMIT yourself” by signing up for a subscription at $4.99 a week or $19.99 a month, but there is a way to use the app free for a bit. 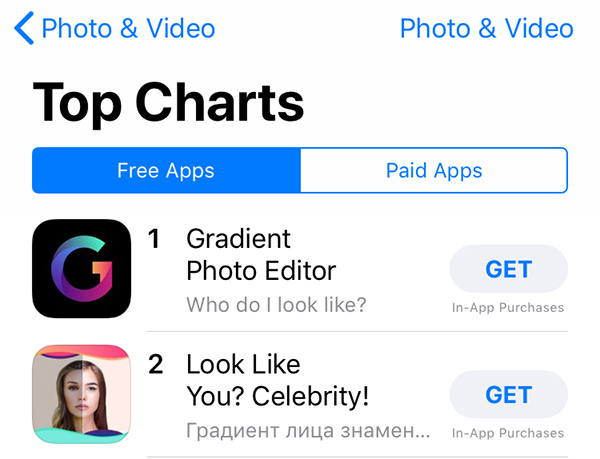 Gradient is the #1 Photo & Video app on the iOS app store at the time of writing.
[ad name=”article3″]

There is a three-day free trial but even signing up for that requires you to enter credit card information, which gets charged after the trial ends.

To use the app and not incur a charge, just be sure to remove the subscription on your Google or Apple account after your done using it.

Simply deleting the app and forgetting about it won’t do the trick since the subscription you have to get is tied to your Google Play or Apple ID account.

I knew it from r/xqcow

What can you do with Gradient?

Of course, you can upload your own face to see you Gradient-determined celebrity lookalike but you can use a picture of another celebrity or your friend, who doesn’t want to go through the hassle of downloading it for themselves.

The transformed image doesn’t even have to be a person it could be an animal, a Twitch emote or even a piece of cheese, and Gradient will turn it into a well-known figure.