Sean Evans, who hosts popular YouTube chat show Hot Ones, has called out MTV after they uploaded their own version of the show called Wild Sauce.

Evans is the popular front of Hot Ones, a show created by the First We Feast network which sees celebrities join Evans for an interview with a twist, as they have to devour the “Wings of Death” – 10 spicy chicken wings covered in hot sauce.

The further into the interview the stars get, the hotter the wings get, with the tenth and final wing smother in First We Feast’s own concoction named The Last Dab, which clocks in at a mindblowing 3.3 million units on the Scoville Heat Scale. 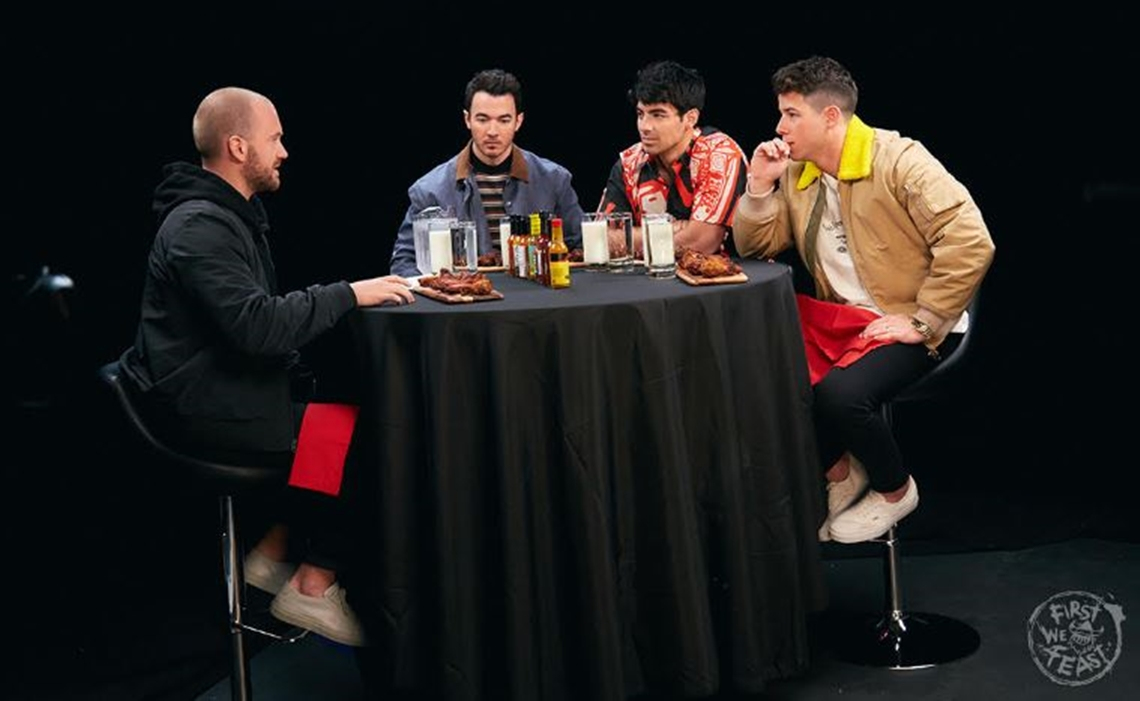 Hot Ones has become a viral hit with their hilarious celebrity interviews.
[ad name=”article2″]

The ingenious series, which was created by Christopher Schonberger back in 2015, has lead to some incredible moments, as celebs struggling to cope with the liquid lava gave hilarious and surprisingly honest answers, and sometimes even an accident or two as comedian Bobby Lee found out.

Of course, this clever concept has led to others trying to copy it, with MTV a chief culprit with their “Wild Sauce” show which follows an extremely similar format to that of Hot Ones.

Unsurprisingly, Evans has noticed the similarities, and in a tweet on September 30, fired off a cheeky shot, making fun of their set with a tongue-in-cheek joke about their own, writing: “How come when weirdos like MTV jack Hot Ones, they do it all the way down to the shitty budget set?”

How come when weirdos like @MTV jack Hot Ones they do it all the way down to the shitty budget set? :joyful::joyful: pic.twitter.com/apjNknSSSr

While some may try to recreate the magic that is the Hot Ones recipe, few have ever found the unbridled success that Evans has, with stars like Shia LaBeouf, Kristen Bell, and Stone Cold Steve Austin all making recent appearances on the show with “hot questions, and even hotter wings.”

The show has been such a hit that it’s even featured on late-night television, with both Jimmy Fallon and Stephen Colbert inviting Evans onto their shows to take part in an abridged version of the show.

While those who try to copy the format of Hot Ones may not hit the incredible heights that the original has reached, it doesn’t stop Evans from making a point at their expense.

How to reach max power level in Destiny 2: Powerful and Pinnacle gear explained