Streaming choice-based game with your Twitch community is often a great way to interact and give the viewers some unique input, but a recent clip has exemplified how things can go sour before the action even kicks off.

Having released on October 25, The Outer Worlds marked a return to form in the FPS RPG genre for Obsidian Entertainment, creators of Fallout: New Vegas.

Known for his Just Chatting broadcasts, popular Twitch streamer Hasan ‘HasanAbi’ Piker decided to mix things up recently and try out the new release for himself yet he couldn’t stop himself from exploding with rage just moments in.

Kicking off his October 27 stream, Hasan successfully created his character and made it through the early tutorials before his frustrations reached an unexpected boiling point. These frustrations weren’t coming from the game itself, but his own Twitch chat instead.

After a viewer suggested changing his Field of View (FOV) and V-Sync settings, the streamer absolutely unloaded in an immature, expletive-filled tirade.

“This is why I don’t want to f*cking play video games on stream,” he yelled. “I literally just started and there are 7,000 comments about how my field of vision is garbage, how you can’t f*cking watch it, this is why it sucks.”

Surprisingly taking his anger out on the thousands of viewers tuned in, Hasan responded with anger and aggression to a relatively harmless suggestion from a viewer.

“This is why I can’t enjoy nice things with the f*cking community that I’ve cultivated,” the streamer explained before repeatedly saying “f*ck you” to those watching live.

“Just take a f*cking chill pill, I’m going to play exactly in the way that I want to, shut the f*ck up,” he finally concluded before jumping back into the game. 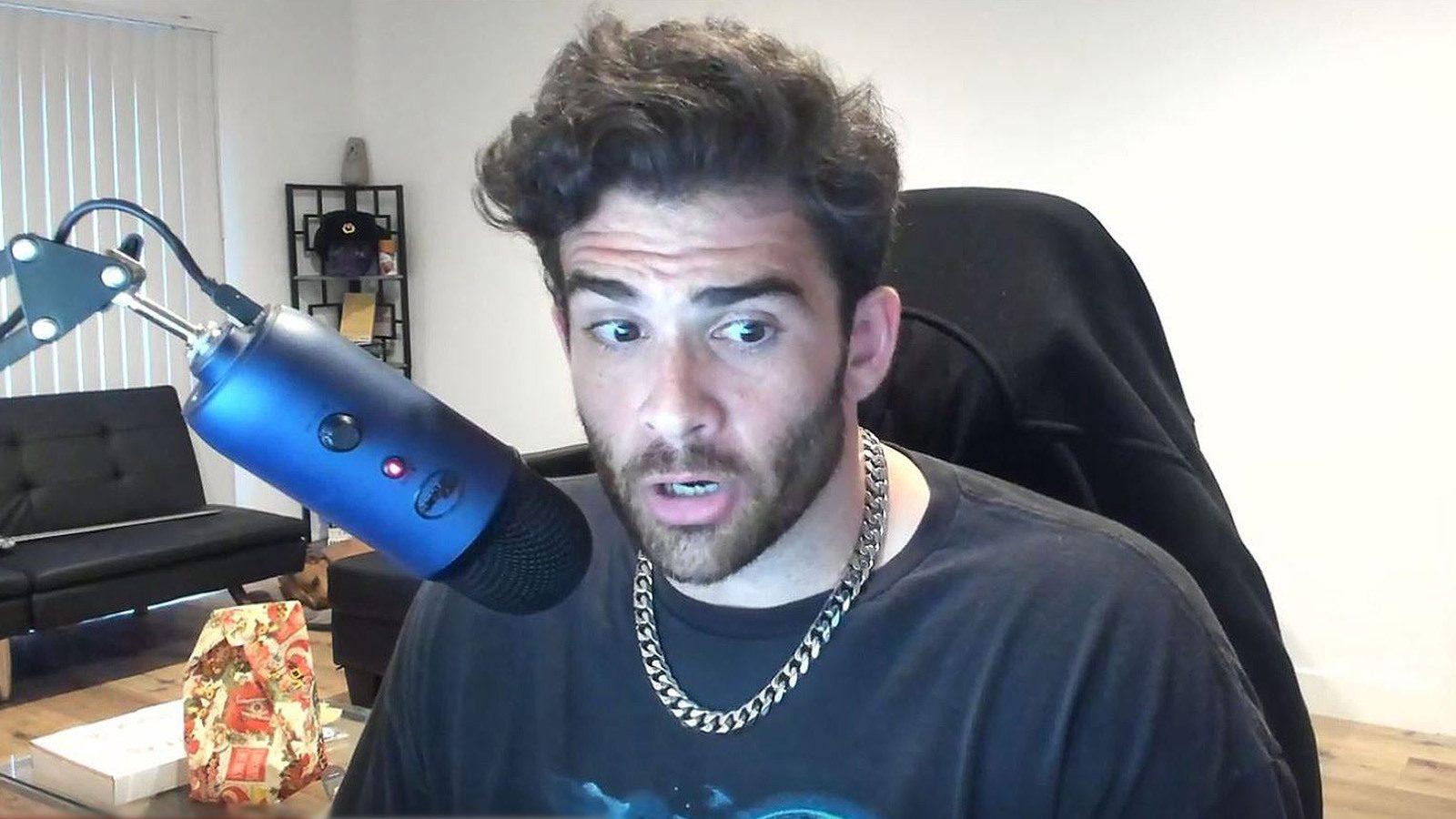 Hasan was recently issued a temporary ban on Twitch.

Never one to shy away from controversy, Hasan recently explained how he believes extended Twitch viewership can lead to mental health issues.

It remains to be seen whether these outbursts will drive certain viewers away but with so many other streamers making their way through The Outer Worlds, you wouldn’t be hard-pressed to find someone more positive.