One of the oldest running jokes in the online gaming community is that Twitch superstar Michael ‘Shroud’ Grzesiek is a “human aimbot,” and now that joke has been turned into a work of

Once a professional CS:GO player, Shroud has built a reputation for himself as one of the most dominant players of shooter and battle royale games.

His uncanny ability to dominate most first-person-shooters has earned him the nickname “human aimbot,” as his hand-eye coordination is almost precise and accurate enough to look like a cheating program.

In order to crystallize this concept into a visual, an artist and thumbnail designer who goes by the name ‘Sam Jones Art‘ blessed social media on April 24 with an incredibly stunning digital portrait of Shroud as a human aimbot.

The portrait features the popular streamer generating what appears to the HUD of a battle royale game right in front of his face and without any sort of equipment, lending into the idea that he is more machine than man. 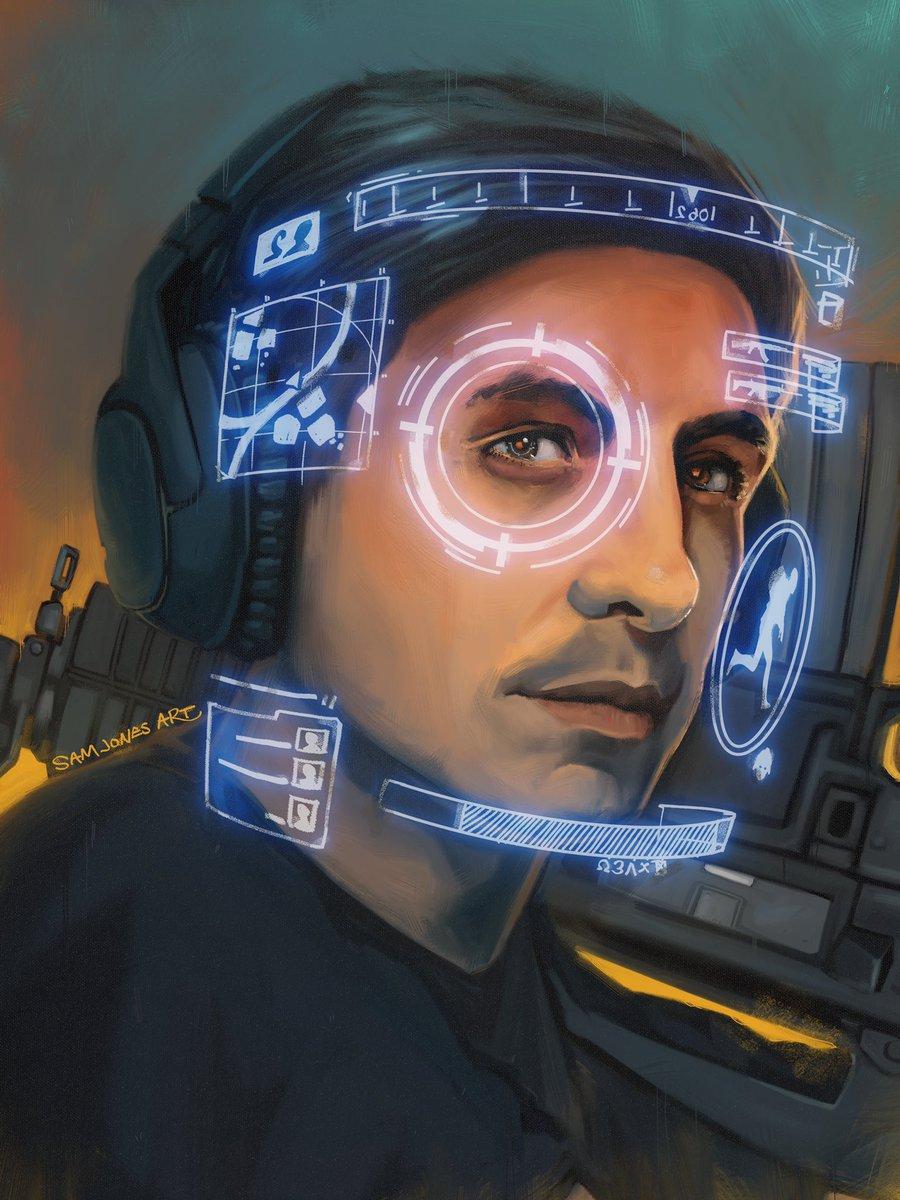 This incredible portrait of Shroud shows him as the human aimbot we all know he really is.
[ad name=”article2″]

Much like most of the other artwork that Sam has created, this new portrait of Shroud was done digitally, and the artist has posted pictures from various steps of the process of creating this remarkable work of art.

The first image shows the skeleton and foundations of the image, followed by a progression from the blueprint to the actual final product.

Here’s some pics of the process! pic.twitter.com/WTiEgKhE7v

Sam also posted high-resolution close-up images zoomed in to the portrait, which reveal the extent of the details incorporated within the artwork.

Despite the fact that the portrait was produced digitally, the effect of artifical brushstrokes on a canvas that’s not really there is good enough to fool most people into thinking this was actually painted by hand.

Other paintings by Sam Jones Art

Shroud’s portrait is one of many gaming-related pieces of artwork that Sam has produced over the years. His Instagram page is filled with various themed portraits, thumbnails, posters, and other designs.

There is no denying the incredibly talent level and dedication of Sam, and we can only hope that he will continue to bless us with more outstanding works of art.