YouTubers Vitaly Zdorovetskiy and Bradley Martyn got into a heated exchange that saw punches thrown during a confrontation at the November 9’s KSI vs Logan Paul boxing match.

The action inside the STAPLES Centre came thick and fast, with Paul and JJ ‘KSI” Olatunji wailing on each other for six rounds, before the Brit was announced as the winner via split decision from the judges.

The action wasn’t just confined to the ring however, with Daniel ‘KEEMSTAR’ Keem uploading footage to Twitter which shows YouTube prankster Vitaly and fitness guru Bradley Martyn trade blows in the crowd. 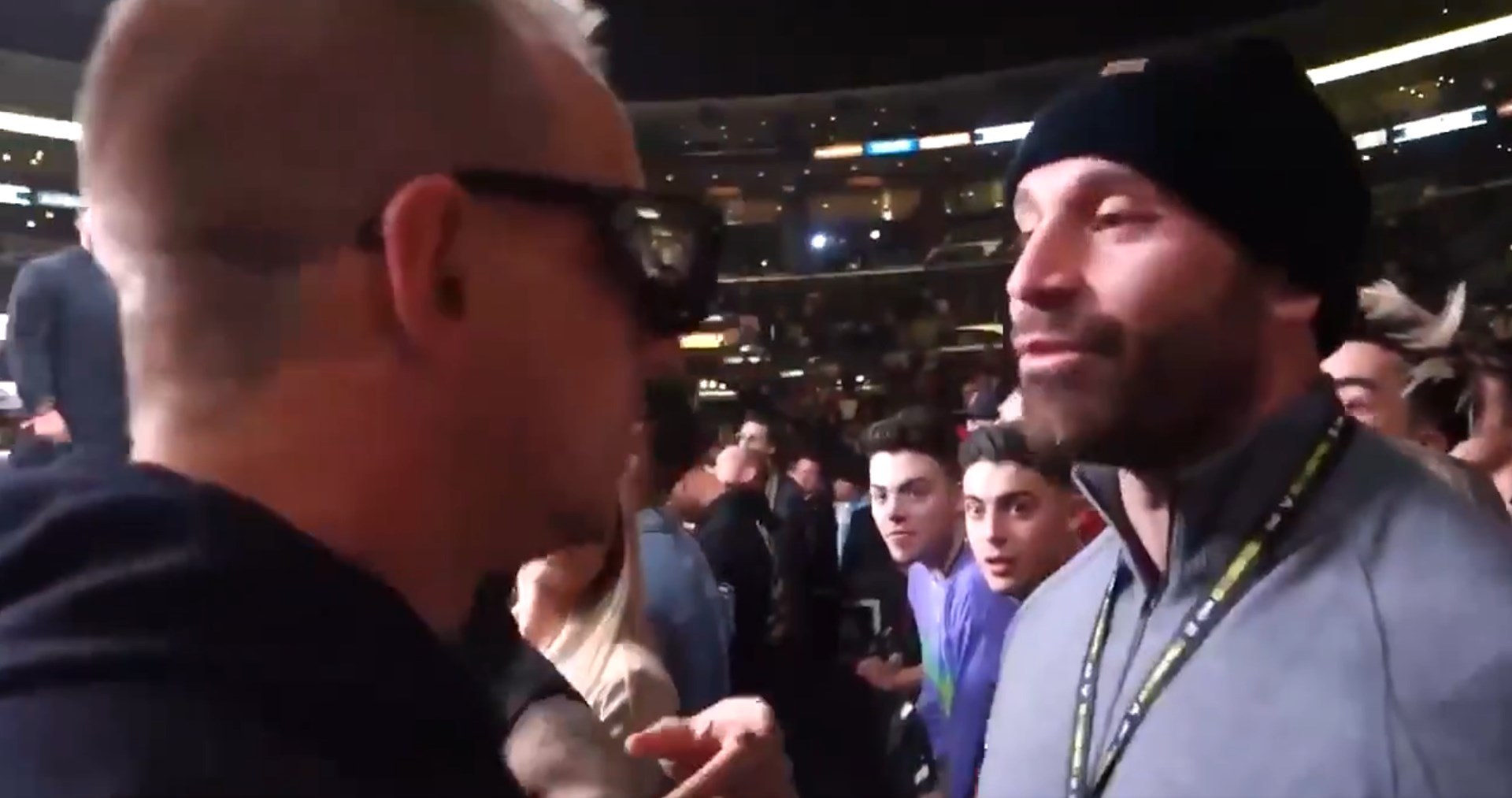 The pair got into a confrontation inside the Staples Center.
[ad name=”article2″]

In the footage, which appears to be recorded on a cell phone, Vitaly and Martyn can be seen exchanging words, with the Russian stepping forward, getting into the American’s face, before shoving him with both hands around the fitness expert’s throat.

Martyn immediately responded, throwing a right hand of his own which forced Vitaly, who has over 10 million subscribers on YouTube, to cover up from an onslaught of punches.

The pair were eventually separated, with Vitaly appearing to immediately calm down after facing off with Martyn, with no more shots thrown by either man.

With KSI vs Logan Paul touted as the biggest event in YouTube history, it’s no surprise that a number of popular influencers and content creators were in attendance, with Bryan ‘RiceGum’ Le and Yousef ‘FaZe Apex’ Abdelfatta both standing in camera shot stunned by the events.

Even 24 hours later, FaZe Apex was still stunned by what happened, replying to an image showing his shock by saying he “couldn’t believe (his) eyes” when the pair started exchanging blows.

Isiah ‘FaZe Sensei’ Ocasio also weighed in on the scuffle, joking that the clip was where the phrase “knocking sense into someone” comes from.

This is where : “knocking sense into someone” comes from :joyful::person_facepalming::skin-tone-4:‍♂️

What started this scuffle remains unknown, but it appears that there were words exchanged between the pair before the incident took place.

Neither man has officially commented on the fight, although both have been active on social media since, with Martyn simply tweeting out “Woah,” while Vitaly challenged KSI and Logan Paul to a boxing match with a picture of him standing inside a ring.

Roids or No Roids
I am ready @LoganPaul @KSIOlajidebt pic.twitter.com/UhkAn47U4W

Whether the 27-year-old Russian will actually step inside the ring to compete remains to be seen, but with KSI seemingly uninterested in a rematch with Logan Paul, he could be tempted into a fight with the prankster.

Of course, his feud with Bradley Martyn may not be over either, and could become YouTube’s next major boxing rivalry.