Mixer megastar Tyler ‘Ninja’ Blevins is turning into a comic book hero in his upcoming graphic novel ‘Ninja: The Most Dangerous Game,’ and now fans have got their first look at the first 14 pages of the highly-anticipated December release.

Blevins has combined with veteran writer Justin Jordan and Team Liquid comic artist Felipe Magaña to launch his first graphic story, based around a fictional version of the Mixer streamer receiving a “mysterious contraption” that teleports Ninja into a battle royale arena.

While the battle royale this version of Ninja is “the undisputed champion” of doesn’t seem exactly like Fortnite, and looks to be based more around swordplay and ninjas than building and guns, it’s pretty clear the streaming star has stuck to what he knows best. 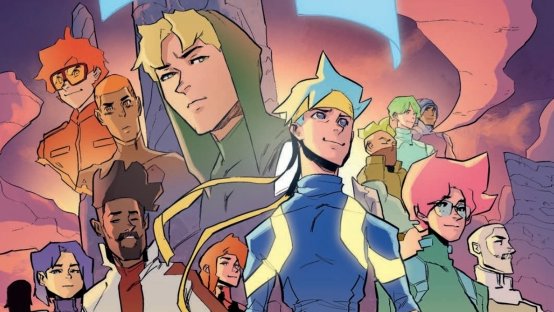 Ninja and a crew of colorful characters take on the world of ‘Ketterung’ in his new series.

The opening pages of the story depict a gung-ho playing the virtual battle royale alongside a number of fictional friends, including Liza ‘Lizard’ Mearkle, Josh ‘Dozer’ Dyson, and Holland ‘Killer’ Keller, as well as a mysterious ally named Zephyr.

After proving — and mentioning a fair few times in the early dialogue — that he’s the best player in the video game ‘Ketterung,’ Ninja is interrupted by the aforementioned mysterious package at the door, which kicks off the gaming star’s cartoon adventure.

Ninja’s storyline is nothing new, with Hollywood franchises like Jumanji: Welcome to the Jungle and Spy Kids 3D taking the story to the big screen, but readers will likely be picking up the book to see just how he puts the spin on the age-old ‘out-of-body’ adventure.

There’s also good news for fans that already enjoyed the first 14-page glimpse into Ninja’s graphic novel adventure, as the minds behind the ‘Most Dangerous Game’ release have already confirmed this is just the first book in a new series based around the Mixer star.

While there’s no indication the sequels will also see Ninja drop into a Fortnite-like arena, the book’s press release suggests all of them will be based around “exciting gaming adventures with the fate of the world at stake” — talk about ramping up a video game’s stakes. 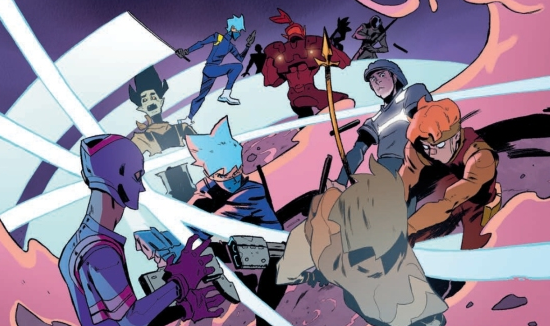 The fictional version of Ninja is the undisputed champion of his world’s Fortnite.

According to a press release from publishers Ten Speed Press, Ninja: The Most Dangerous Game is expected to release on December 3, with its drop date smacked right in the middle of the perfect Christmas shopping period.

The Most Dangerous Game is the third book Ninja has launched as part of his 2019 deal with Clarkson Potter and Ten Speed Press after he dropped “Get Good” and “Ninja’s Notebook” as a dual release in August.